I thought it would be a great idea for us to wake up at 6:00 am to go to Wal-Mart and beat the Thanksgiving eve crowd. I felt like I was getting up in the middle of the night. I thanked God about 5 times, while I was getting ready, that I didn't have to wake up that early every day.

This is what Wal-Mart looks like without crowds or long lines. It's a rare occurrence and it was worth a picture. 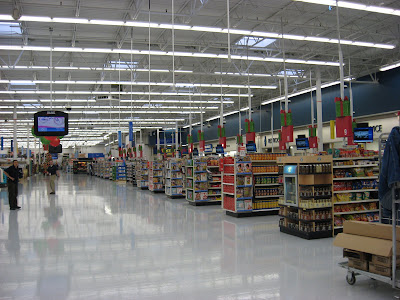 Thank you Wal-Mart for having everything I needed. Now I am going to attempt to make some pies. After I nap, of course.