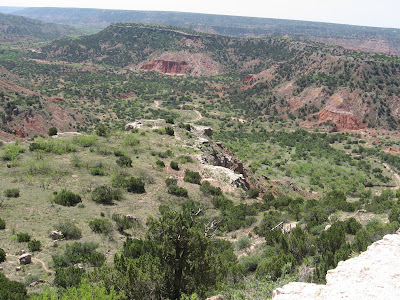 Marcus and I went to Colorado to visit my cousin for a long weekend. We stayed the night in Amarillo on the way there. Marcus really wanted to see Palo Duro Canyon. This is it, so now you don't have to go. 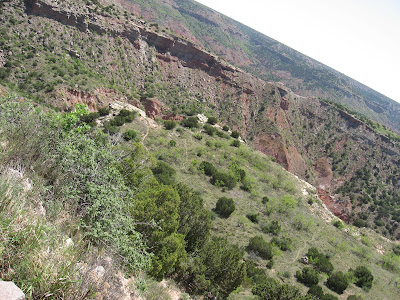 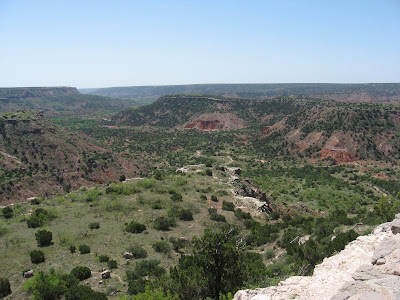 Then we saw Cadillac Ranch. That was pretty crazy. In 1974 a guy got some old Cadillacs and put them in the ground. 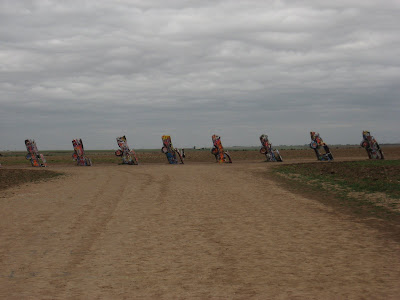 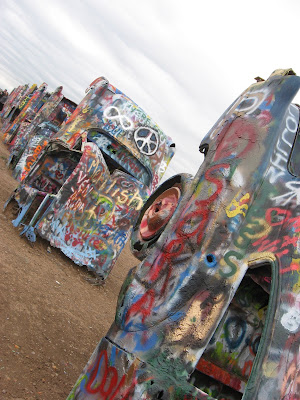 Now people just come by and spray paint whatever they want on them.

I am pretty sure the paint is what is holding these things together now. 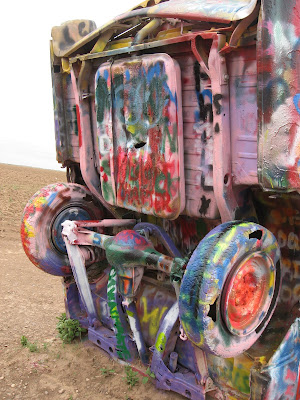 The rest of our Amarillo stay was mainly about the food. 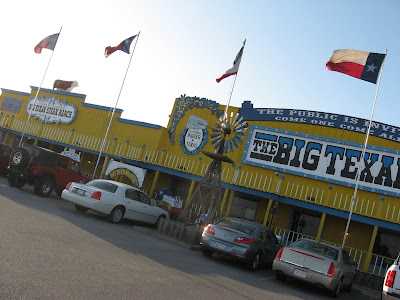 We went to the Big Texan. It was on the show Man vs. Food on the Travel Channel. Have you seen it? The host goes to different restaurants that have food challenges.

At the Big Texan, if you eat their 72 oz. steak with in an hour, you get it FREE! You also have to eat all this stuff with it; a roll, fried shrimp, a baked potato, and a salad. 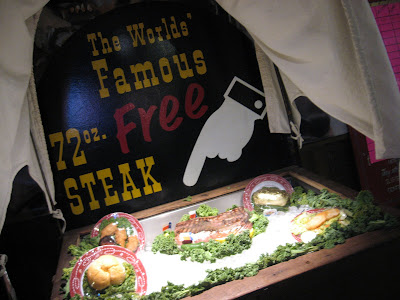 Marcus wants to do the challenge someday. He is most worried about eating the shrimp and the tomato on the salad! He doesn't like either of those. The 72 oz of steak would slide down with no problem. 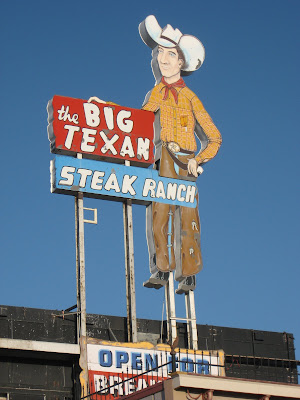 One of my pet peeves are restaurants that have the animal that you are going to eat as a mascot or statue outside. Gross. I didn't eat at Chicken Express for years because of that...but then I tried it, and it's delicious. Sorry flying chicken. 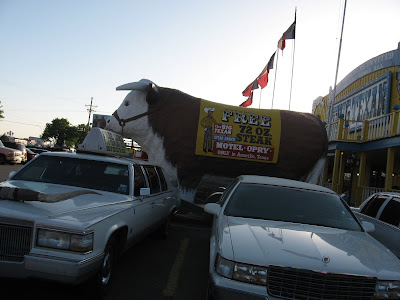 If you are eating at The Big Texan, you can get picked up in one of these limos. (we just took our own car, because we're humble like that) 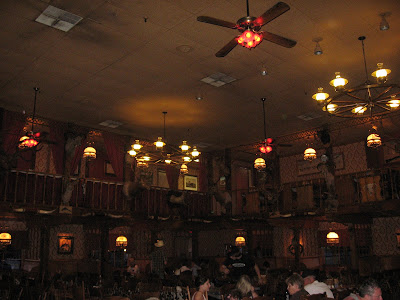 I took this picture especially for you blog friends.
Look at this GIANT chocolate bar. It puts my not so giant chocolate bar to shame that I posted about last week. 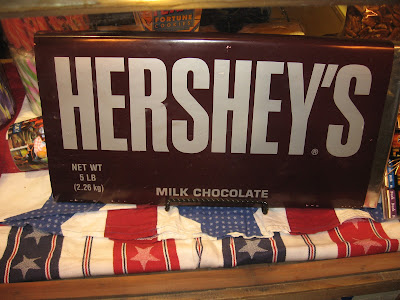 And here is The Big Texan Motel. I thought it was cute: 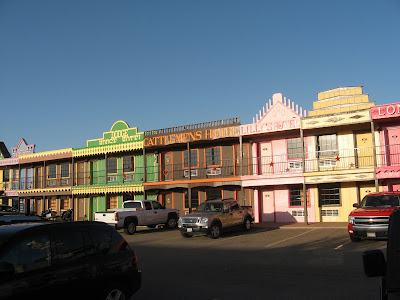 So the next day, before we left for Colorado, Marcus wanted to stop at Arnold's Burgers. He heard about it somewhere. I was picturing the cute Arnold's from Happy Days, but this is what we drove up to instead:

I was a little nervous. 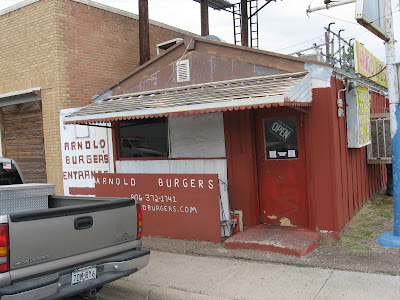 The owner's could not have been any nicer and the food was great!

They are going to be featured in Texas Monthly magazine sometime this summer. 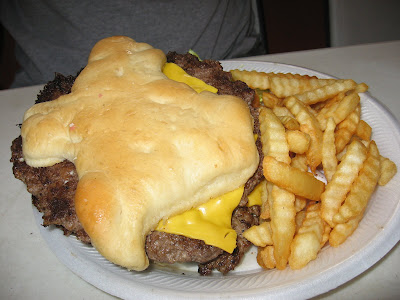 This was Marcus's burger. He wanted to load up on his beef, because we were on our way to visit my cousin and her husband who are vegetarians. I am pretty sure between his steak the night before, and this burger he may have eaten an entire cow.

Tomorrow I will show you the coolest neighborhood in Colorado. I know, you are on pins and needles.

Every time we have been to the Big Texas while traveling through Amarillo somebody is up there trying to eat that dinner. And they always end up losing it in the bucket by their feet.

I want to go to that place & so does hubby. We saw it on that show. He swears he could eat all of it. *cough* yea right *cough*

Looks like fun. Thanks for showing all the pictures :)

That brought back memories, we've stopped at The Big Texan many times also driving to Colorado. Thanks for the drive down memory lane today :)

Love the pictures! Looks like you had a great time! can't wait to see more!

Looks like a fun trip! That burger looks chow!
Carley

This is so fun. I'm kind of thinking my husband and your husband could be friends!

I LOVE The Big Texan! The hubs and I used to live in Amarillo and we went there a couple times! Such great times we had there. Glad you guys had fun! Looking at the pictures makes me miss the bid ole city of Amarillo!