The Old Man Is Snoring 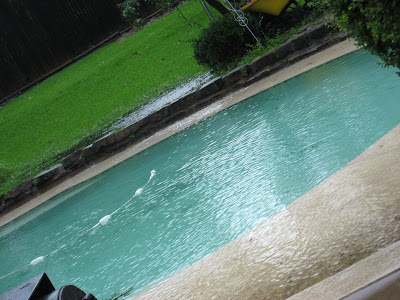 It is pouring here and it won't stop. It started last night and has continued this afternoon. The pool is officially overflowing! 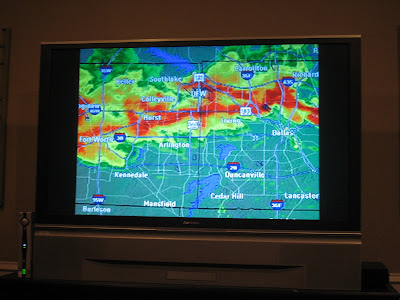 I am in the red area. That means we are getting dumped on!

Last night after the rain we saw this pretty night time rainbow. God created the rainbow to remind us of his promises. 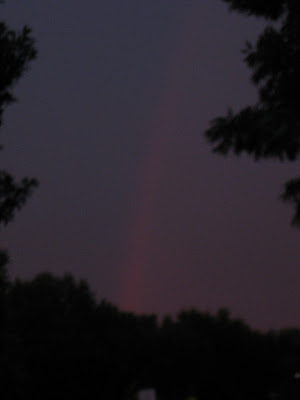 The dogs are sick and tired of being inside. I caught them in my living room where they are not allowed. I took a picture instead of disciplining them. Maybe I'm not fit to be a mom. 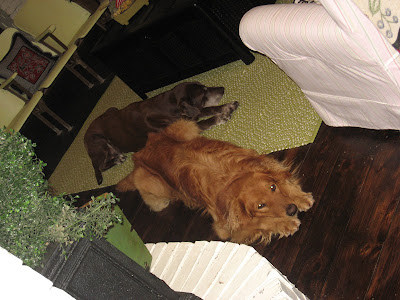 Since we were stuck inside, I decided to make a good lunch, King Ranch Chicken. You can get the recipe here. 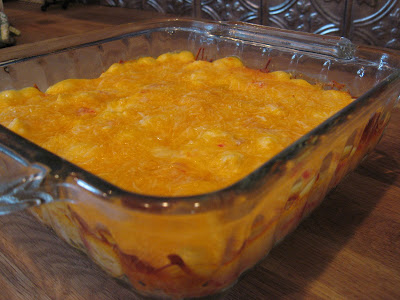 I cut the recipe in half since it was just for the two of us. And, let's be honest, I only had two pieces of chicken in the freezer. 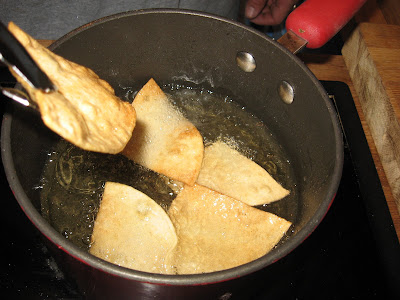 Marcus joined the fun and made some chips too. I love his fireman schedule (and his fireman cooking skills). It's nice to be home together on a rainy Thursday afternoon.

Yikes! I hope all of the flooding from your pool doesn't ruin your yard or house!

Those were some pretty major storms, huh? It was definitely worse here last night, then we had round 2 come in about 3:30 and then more this morning. Crazy. The wind was so wild I was waiting for our cabanna to blow through my bedroom window. Thankfully, no major damage here. Looks like ya'll made the best of a lovely Texas day!

I LOVE king ranch chicken! I have never known anyone else who has eaten this dish! How great- that made my day haha:) It's the little things right?!