Ugh, the kitchen. Who could have an appetite in this kitchen? 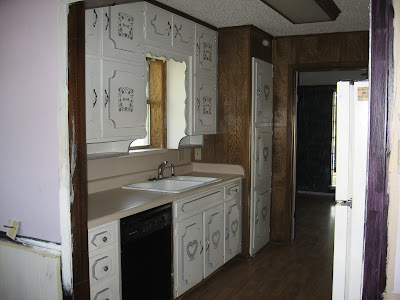 This is a different angel, but you get the idea. 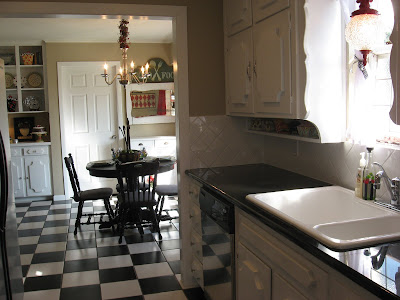 I did love the built in shelves. 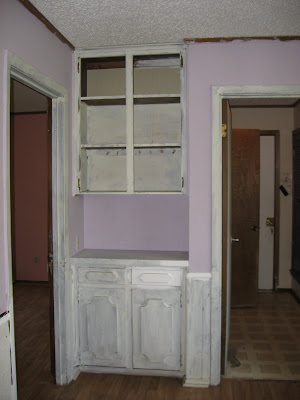 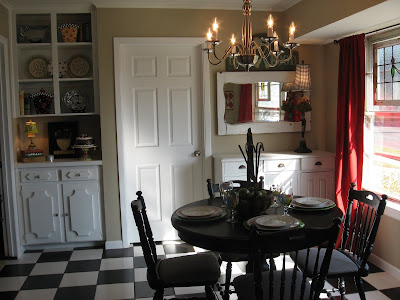 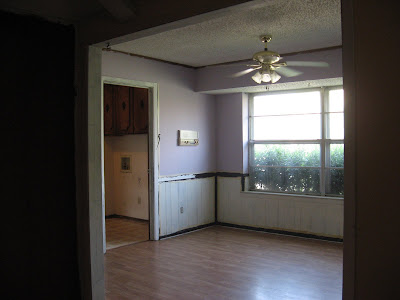 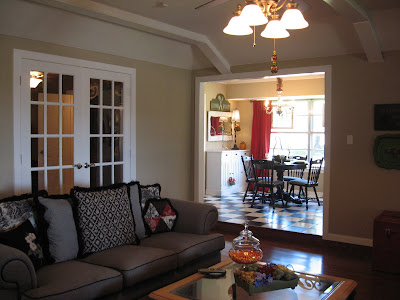 I don't have any before pictures of the living room. You can probably imagine the ugliness. 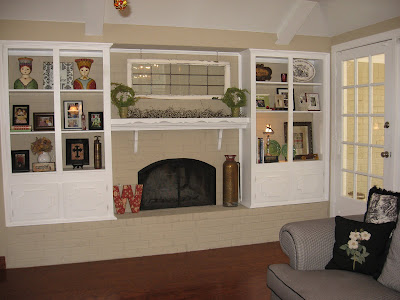 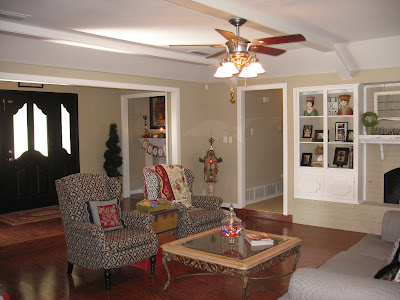 And the before of the fourth bedroom that we turned into an office. 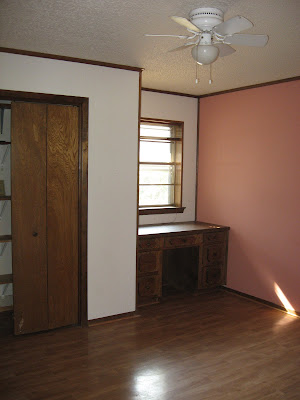 I don't have a good after picture of the office, but it's in the room with the french doors. That was originally a solid wall and we opened it up to the living room and added the doors. It made everything look so much bigger. 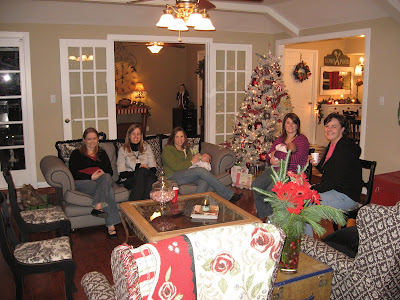 The sweet girls are a bonus in the "after" picture.

Next I'll show you the bedrooms...

Once again, I just adore your style and talent. I've told many of my friends about your blog b/c I love your style!

Question...noticed the black kitchen table and chairs. Did you paint them? I have a similar set (ugly wood) and HAVE to paint them black, but we use this table all the time (and we have 3 children). If you did paint, any tips?

You know, someone worked really hard putting those stencils all over those kitchen cabinets just to have you paint over them. ;) ha!!

It looks so much nicer now! I think a lot of people can't see past cosmetic stuff, but when you can (like you obviously do), you can really make something look great!

as usual, it looks amazing! can I hire you to be my personal shopper? I'm so envious of your style!!! Keep the pics coming, we're loving them!

oh, I agree...that kitchen was
U-G-L-Y!! The built-ins were awesome, though and I LOVE the checkerboard floor that you did....adorable!!

I agree, keep the pics coming, you keep me inspired and I can't wait to see what's next!! :)

Beautiful!! I love it. You are such a talented decorator! Can you come to my house? ha ha

I absolutely ADORE your style!!! It is soooo completely me...LOVE IT!!!

Was that picture Anna's sip and see?

You are VERY creative! I couldn't wait for this post and I can't wait for your next one! Looking at pictures of your decorating makes me happy and I find myself smiling at my silly computer screen! :)

WOW! Really I've got to have you over for lunch and get some ideas for my living room!

Wow! After you eat lunch with Jen, can you come to my house too? LOL! What an awesome tranformation!

After you leave the lunch date come over to my house and we will have cupcakes and lots of candy! And the most important talk about getting my house as cute as yours! I love every single picture you have shown! You are amazing!

You should make a post on helpful tips for decorating. I just can't bring myself to all the colors. I love how yours look and I keep your blog in my mind when I go out shopping but I get stuck in the same color rut! I need tips!!

I did paint the kitchen table. That was actually the table we used when I was growing up, so I didn't want to get rid of it. I actually used black spray paint for most of it, because it's easier on all the chair spindles and legs. For the top I just got black Behr paint in satin and used a foam roller. And I sanded the edges a little bit, so it already looks worn. That way scratches and stuff just add to the charm.