Life after a long road trip is filled with laundry, cleaning, paying bills, catching up with friends, family, and blogs. So here are some super random things going on over here that I know you are just DYING to know.

Last night we went to L.D. Bell's homecoming parade. It is not my homecoming, because I went to Trinity and we are arch enemies with Bell.
"What's that Smell? L.D. BELL!" 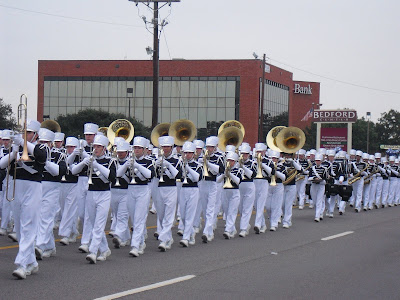 My in-laws went to Bell and now my niece goes there too. She is a super cute Raiderette: 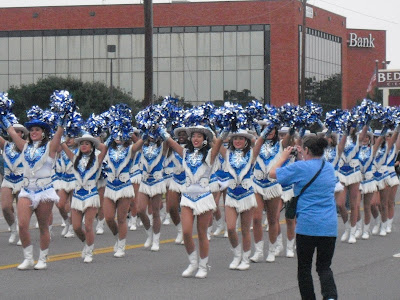 These super cute people were with us as we watched the parade: 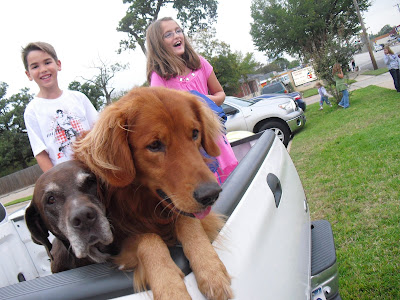 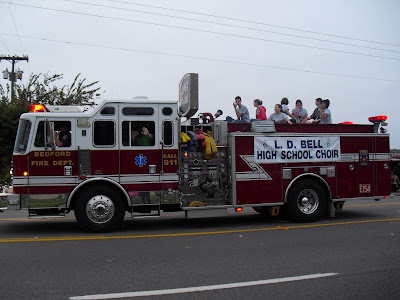 Ryan was so excited about all the candy that got thrown at them. I was too, because I scored some smarties. 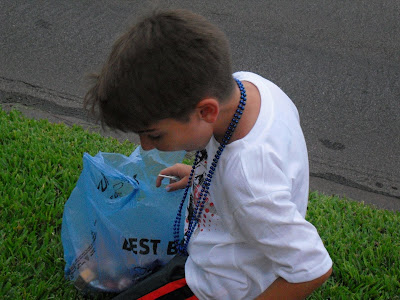 Our neighbors are always giving us stuff. We are younger than most of them by about 30 or 40 years, so maybe they think we need some assistance. They'd be right.

Anyway, we scored this rotisserie cooker. We are just like Boston Market now: 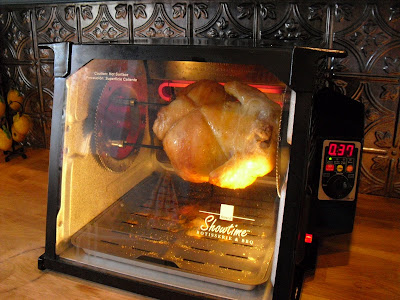 And in decorating news...I papered the inside of my tv armoire. The ugliness was distracting me while I was trying to watch tv. 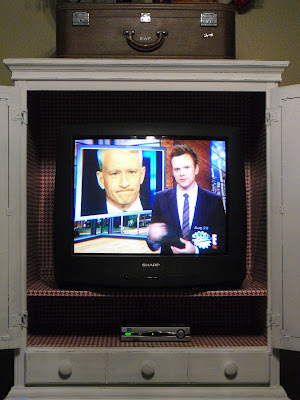 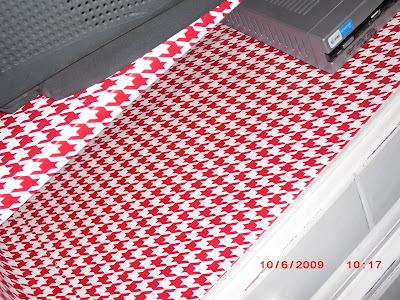 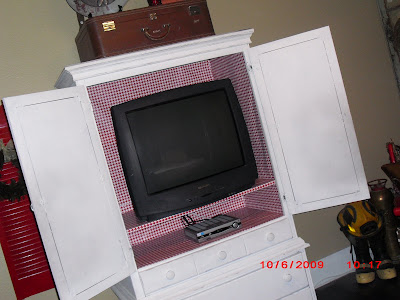 And I need to share my giant pumpkin. Marcus brought it home for me last week. Which is really sweet and ironic, because normally he threatens me with my life if I bring home multiple pumpkins. And this fall he has already bought me 4! Maybe he feels guilty because he "accidentally" bought a car on eBay.
Works for me! 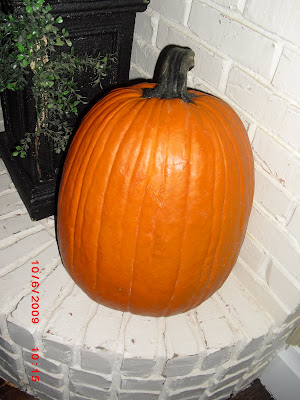 And here's Poncho showing off his obedience. I was in the office with the back door open, because it was such a nice night. He's not allowed in unless he's invited. So he just laid here with a little paw over the threshold...waiting patiently. 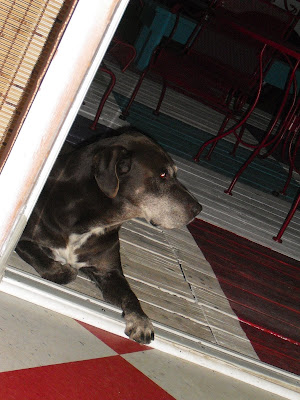 *Oh, and if you asked any questions in my comments about the flip house or whatever, I answered them in the same comments section.*

I hope you all are having a randomly terrific week too!

Okay, that rotisserie cooker is cool! I didn't know you could buy one! Your TV cabinet looks great and has me eying mine right now...

All of our neighbors are at death's door too. :b Ok, not that bad. I have to tell you a funny...the old folks behind us are always giving us beer at 9am. If we go over to help them with something or just visit, the husband says "You need a beer, I'll be right back."

I love the paper you used in your tv armoire, very cute!!

And your dogs are just too adorable. Love them!

The picture of your dog is precious!

Oooohhhh, I love the way your tv armoire turned out! I've been thinking about doing this in our guest room and I'm thinking you definitely inspired me to go ahead and do it!

your tv cabinet turned out SUPER cute! I am so jealous! I want to live in TX sooo bad! Well, Bedford, Euless, Hurst, NRH, Keller...somewhere around there would be ideal. My parents graduated from Trinity and so did most of my aunts, uncles and cousins. GO TROJANS!

ok queen of all cute projects, I have a question for you! forgive me if you have already talked about this is an earlier post, but I have only been following your fabuloso blog for a few months. I know that you used the chalkboard paint, but have you ever used the magnetic paint? I am wanting to do a project where I paint a wall first with magnetic paint and then with the chalk board paint. I have heard that the magnetic isn't very strong even with multiple coats. Have you used this or have any suggestions??? thanks, molly

I haven't used the magnetic paint before. I have a friend that did and painted chalkboard paint on top of it. It didn't work that great.

Could you get a big sheet of that metal flashing and paint chalkboard paint on top of that and then hang it on your wall somewhere? That might be more magnetic than the paint.

Sorry I'm not more help. Lots of luck though!

I love the armoire! I love Pancho, he has good manners!