We Are Really Adults Now

On October 23rd, Marcus and I celebrated our 10th Anniversary. 10 years is a long time. We both say it's gone by quick, but at the same time we can't really remember being without each other. 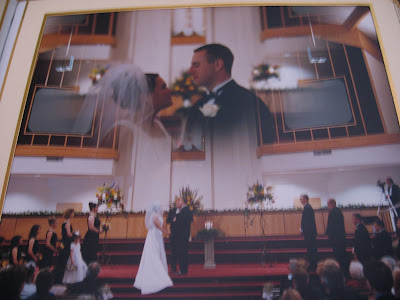 We met each other in Jr.High. I never in one million years thought that he would be my husband. Not that he was thinking of marrying me back then either. He was the kind of guy that didn't give a flip about silly girls. He just wanted to have fun with his friends. I on the other hand, was BOY CRAZY.

So, we had mutual friends and heard what each other was up to through out the years, not that we cared though. When I was at Texas Tech my friend, James, wanted to come for up the weekend and he brought Marcus and another friend with him. I STILL didn't really even notice Marcus. We were not each other's type AT ALL.

After I graduated from Tech I moved to Myrtle Beach for a year and then moved back home in the summer of '98. I went over to see my friend, James, and he happened to live at Marcus's house. Marcus had just gotten his job at the fire department and suddenly I noticed him. We started dating almost right away and about 2 weeks into it we started talking marriage. We just KNEW. People always say you'll just "know" when it's the one, and it's true, but hard to explain. 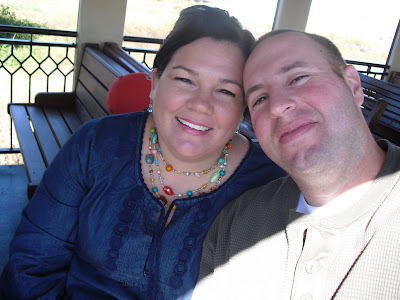 God is so funny with his timing. I wish I would have know that Marcus was going to be my husband, because I could have starting dating him in the 7th grade and saved myself some heartache and regrets.
We are total and complete opposites, but I guess that's why we fit so perfectly together. 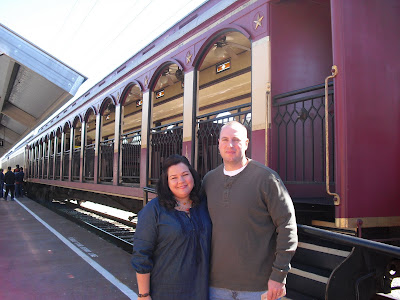 On our anniversary we took a train ride from downtown Grapevine to the Stockyards in Ft. Worth. The weather was perfect and we had the best day. 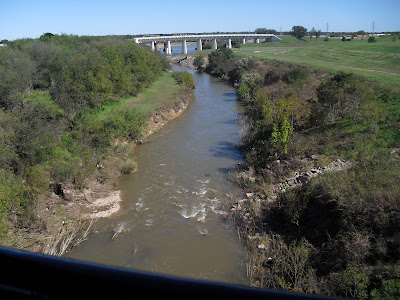 And I mentioned before that Marcus always buys my gift according to the Traditional Anniversary gift list. For the 10th year the gift is Tin or Aluminum. I would have been happy with a can of coke.

But he made me this frame: 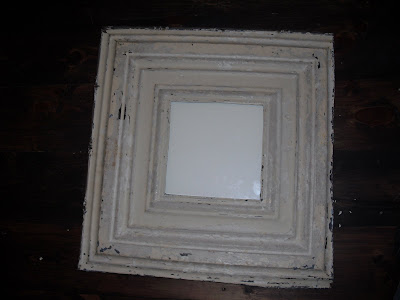 It's from an old ceiling tin. He cut a space for a picture and went to Hobby Lobby and got some glass cut. Now just picturing him in Hobby Lobby makes my heart flutter. So cute. 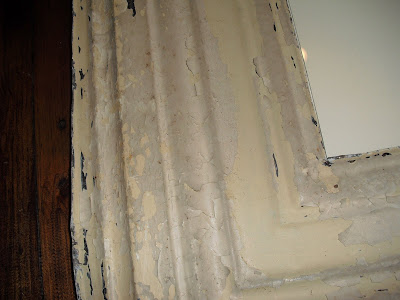 oh yay! Congrats! And I love the frame-you definitely got a keeper on your hands girl!!!

Pedro Garcia Millan said...
This comment has been removed by a blog administrator.
November 2, 2009 at 9:13 PM

Congrats!! The frame is gorg and even more special that he made it for you! Any man who will shop in HobLob for his girl is a keeper!

That is seriously a sweet story and I love the frame he made you, so thoughtful.

Congratulations to you and your husband! What an accomplishment! Blessings on the next 10! Love your blog:)! Always makes me smile!

And wow, what a cool frame! I'm willing to bet a gazillion dollars that my husband doesn't even know that a traditional anniversary gift list is in existence. ;)

Happy Anniversary!! You are so blessed.
XoxoGapGirl

Dina, that seriously was so sweet!! I am happy for the both of you. I wish you many more hapy, wonderful years, you both deserve it!!Lynn

Dina, are you having your annual Christmas Open House this year? I remembered you have one...........