I had my fourth and final baby shower on Friday night. This one was hosted by the girls from Golightly's and shared with Jenn. She is due with a boy 2 weeks after me.
It was so fun to have a joint shower! 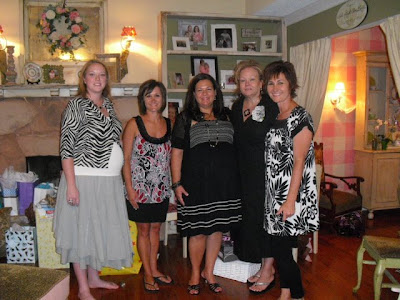 Jenn, Jennifer (the shower was at her house), Me, Susan, and Janet (Jennifer's mom and the owner of Golightly's)

Everything was decorated so cute! 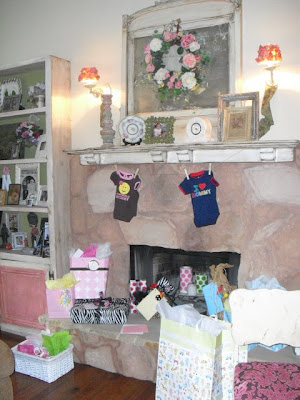 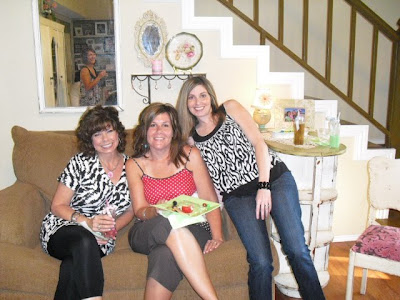 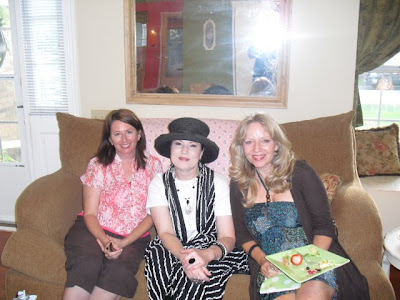 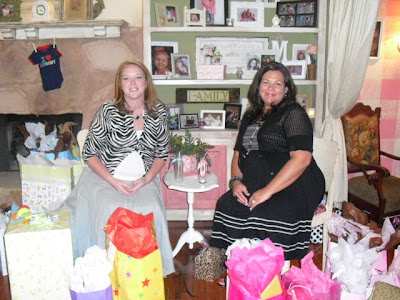 The best part was the food! 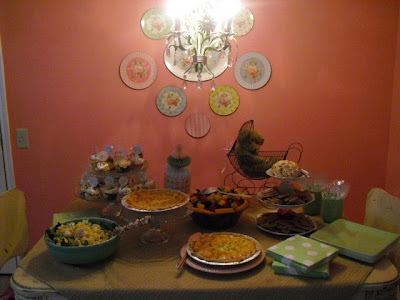 Jennifer owned the tearoom at Golightly's until April and she and I worked together there. She made all my favorites for the shower. Yummy quiche, chicken salad, and lots of desserts! I miss that food! 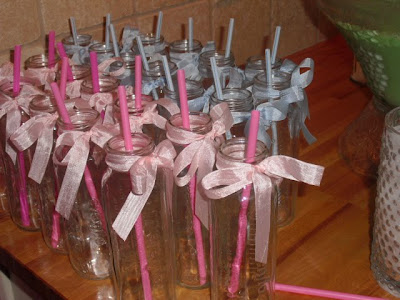 I had to get some other pictures of her house to share with you, because it is so stinkin' cute! 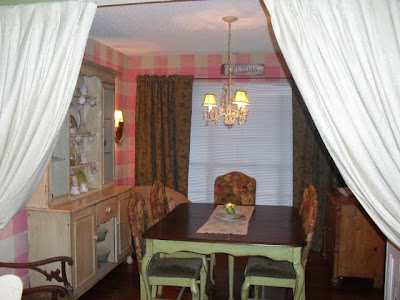 Have you ever seen a gingham painted dining room? 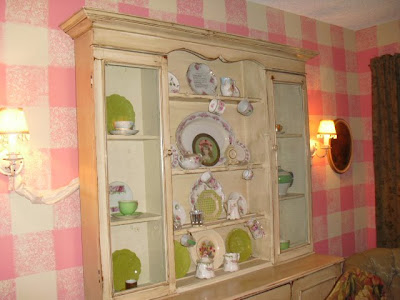 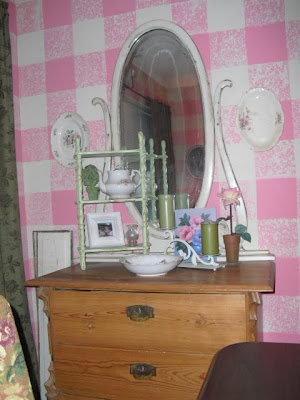 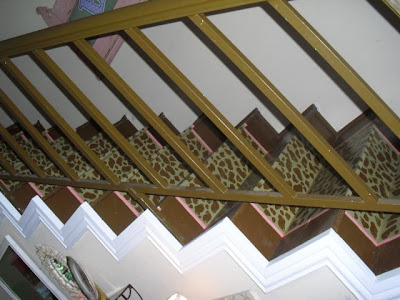 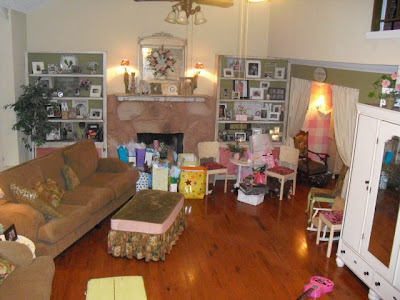 And these are her girls' rooms: 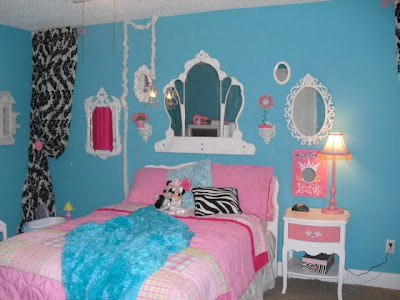 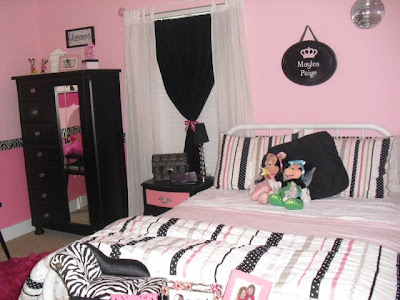 Just for the record, her husband is a manly man and is OK with all the pink. Real men are. He's a fire fighter too AND was a Navy SEAL!
Thanks girls for a fantastic shower.
It was so much fun!

The house IS really cute. Can't wait to see pictures of your little one. Girls are the BEST!

What a neat house!

Glad you had a lovely time at your "final" shower!

I love her style! It is so fun and unique!

fun house pictures and fun looking party! you have some great friends that really care about ya :)

Hi Dina, I didn't realize you had worked at Golightly's, I love that place. Just wish I were closer to stop in there. Also, congrats on your baby! And, thanks so much for your sweet comment. I'll be watching for pics of your newest family member. Have a great rest of the evening.

I can't wait to see all your new goodies at use with the new baby!
What a cute home!

I found your blog through another persons blog and I just LOVE coming back to look at all your pictures of your house! You totaly inspire me to decorate and your house looks so warm and inviting!!!

What a beautiful girls room!Gorgeous Bed, lot of style and charme! Love your home, love your blog. Lots of love going on, here. inspiring indeed!