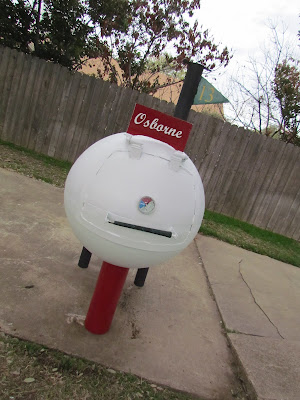 He fashioned the entire thing by himself! I love how it turned out!

Stephen and Marcus posing by the smoker: 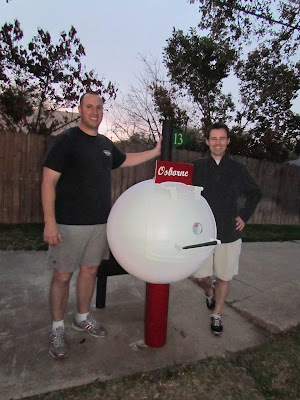 He cut the ends of that big thing to make the golf ball part and then welded them together: 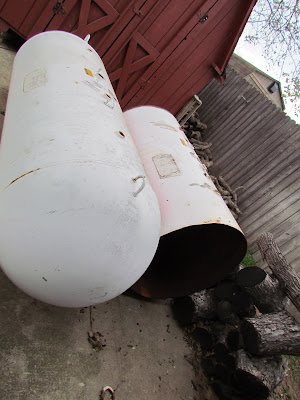 Stephen got a hole in one several years ago on hole #13. So Marcus wanted to commemorate that on the smoke stack flag. 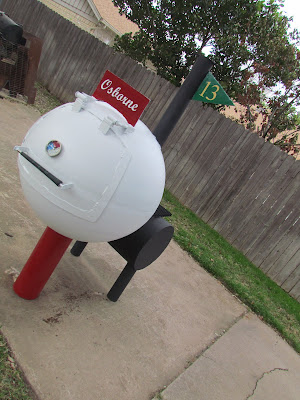 The back part is where you burn the wood and then you put the meat in the golf ball. And he used an old club to make the handle.

We are not sure how it's going to get to Courtney and Stephen's house. That thing is heavy!
Even Courtney couldn't lift it! 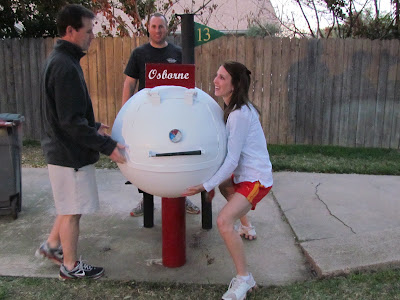 Marcus tried to have it done by football season, but it didn't quite work out that way. Stephen just had a birthday, so the timing works out perfect!

We are ready for some BBQ Osbornes!

It is really impressive. You are both so creative ; )