More Christmas and A Little Bit of Chicken Talk

I'm about to talk about Christmas... again!
It's nearly 200 degrees here and I am so ready for it!

Today I went to the biggest Christmas store in the world! Or maybe just Texas? Anyway it was huge and so much fun. My sister, Kelly and sister in law, Lisa went too. 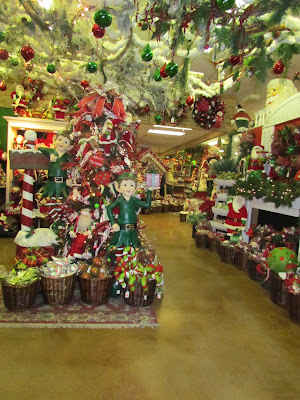 Of course, I forgot to take pictures of them, but I did snap a few of the fabulous Christmas stuff! 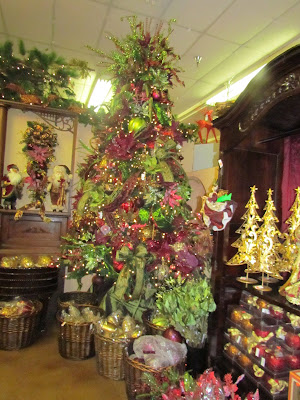 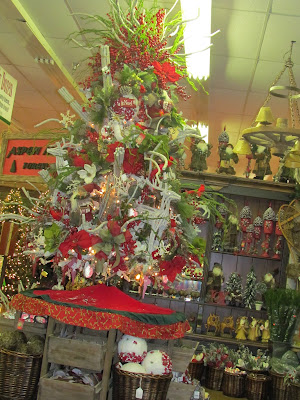 I love all the pink stuff! 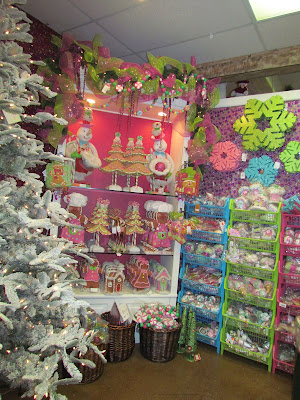 I so badly wanted to decorate that nekkid tree on the left! 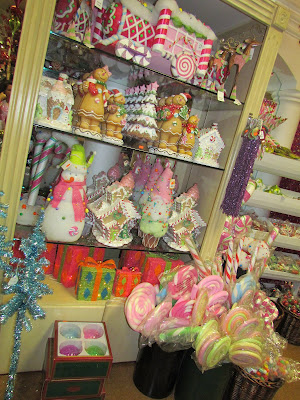 Oh look, I kind of got a picture of Lisa, holding this cute gingerbread girl. 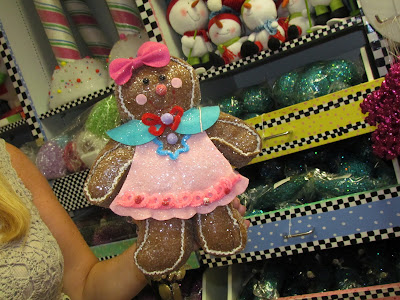 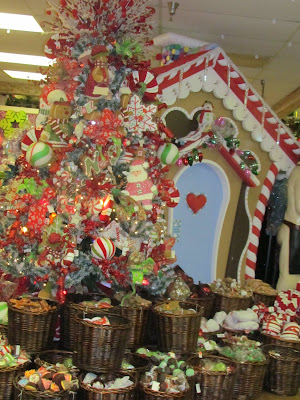 They had fall stuff too. Fall is just NEXT month. Yay! 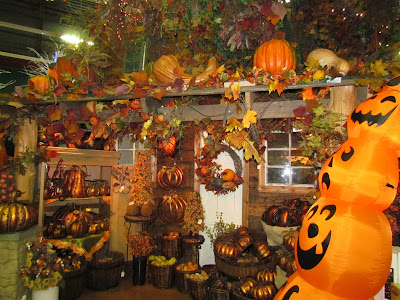 It's in Arlington and called Decorator's Warehouse, if you want to visit yourself. AND they have an amazing tearoom that we ate at today too.

And we got to do this with out kids, thanks to my mom! 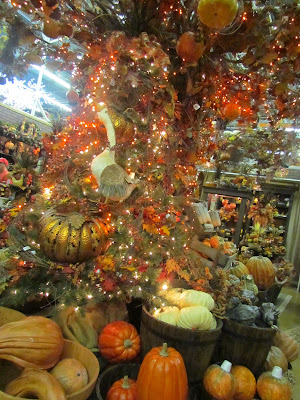 Also, my friend Stephanie posted this on her Facebook today. It's an article by Perry Noble and I love what he had to say!

Let me begin by saying I absolutely LOVE Ben & Jerry’s ice cream. (Gonna go ahead and tell you that Oatmeal Cookie Chunk is THE BEST flavor I’ve EVER had!!)

A few years ago I went to Wal Mart (the closest thing to hell I can imagine…that and the DMV), found my favorite flavor and decided to tweet that I was purchasing some Ben & Jerry’s ice cream…and doing so “unleashed the hounds” in a sense. Honestly, I’ve never experienced anything like it, “Christians” began @ replying me on twitter condemning me and scolding me for buying this product because apparently Ben & Jerry’s supported gay rights/same sex marriage.

Honestly, it bothered me. Because, first of all…I wasn’t trying to make a political statement I was simply trying to get some chunky monkey and some oatmeal cookie crunch. I like ice cream…I believe it will be served in heaven (with ZERO calories)! And second, it has broken my heart the way that many who claim to follow Christ have treated those who are homosexuals. We’ve yelled at them, ignored them and in some cases damned them to hell without EVER sitting down and actually having a conversation with someone who is gay.

“But Perry,” you say, “the Bible says that homosexuality is a sin.” Let me put my cards on the table and say that I agree; however, for too long the church has seemed to be obsessed with the sins that we do not struggle with; after all, if I am pointing out the sins of others I don’t have to deal with my own.

People have taken me to I Corinthians 6:9-11 before and said, “look, the Bible says that homosexuals will NOT inherit the kingdom of God.” I always try my best to point out that also included in that list are…

And…while I am at it why don’t I just go ahead and throw out that gluttony is way more of a problem in the church today than homosexuality!!! (Please see Proverbs 23:2…pretty intense!!! ONLY in the church can people that are huge condemn people who are homosexual and somehow feel like that they are spiritually superior!)

Do I hate homosexuals or have a “homophobia?” Absolutely not! (And, let me be VERY clear that as a child I was molested…TWICE…by men who were older than me. I have no idea if they were or are practicing homosexuals…but I can honestly say that I have forgiven them and do not think that because of what they did to me that homosexuals are bad people!)

So, if a company or an organization wants to support gay rights/same sex marriage I don’t believe that Christians should boycott and/or protest them (come on people, has that REALLY worked for us in the past?) Jesus went after the hearts of people far from Him through conversation, not condemnation. Yes, sin must be called what it is, even at the risk of offending people: however, when it is done so with a hateful spirit then Jesus is NOT exalted, thus making the confrontation of sin sinful!

Which brings me to Chick-fil-A…

I love Chick-fil-A…I probably eat there no less than five times a week (no, I am not making that up!) The fact that Truett Cathy has built a business from the ground up and has sought to honor Jesus every step of the way is an inspiration to me. Every Chick-fil-A I’ve ever been in has excellent food and excellent customer service…and I believe I read the other day that they made 4.1 billion dollars last year (not bad!)

Recently Dan Cathy (the current CEO) was asked about his stance on same sex marriage. He did not issue any inflammatory remarks. He did not attempt to call anyone by any derogatory names. He was not hateful in his comments. He did not say that people who are gay would not be hired and/or served at Chick-Fil-A restaurants. He simply stated that he holds to the traditional/biblical view of marriage (which is his right as an American citizen.) And it seemed the world lost its mind.

It’s quite sad really that those who scream for tolerance seem to be intolerant of anyone who does not hold to their particular view.

No one in the media screamed “foul” when corporations came out in support of same sex marriage; however, when one company spoke out against it in a non condemning tone people were calling for a boycott…even provoking the mayor of the city of Boston to say that Chick-Fil-A was not welcome in the city. (Uh…wow, talk about tolerance! Honestly, I believe the city of Boston needs Chick-fil-A way more than Chick-fil-A needs the city of Boston!)

All I am saying is this…I believe as an American everyone has the right to free speech. I also believe as a Christian we have the right to speak the truth in love as it applies to the Scriptures and should not fear doing so because we may be perceived as politically incorrect. Biblical truth (IN LOVE) always trumps political correctness. Honestly, I respect and admire Mr. Cathy as he took a very unpopular stand on one of the most controversial matters of our day. AND…as I’ve stated before, he did it with a non-condemning attitude.

It simply needs to be pointed out that people on both sides of this argument have been way less than civil with each other…which does nothing more than proves the insecurity in us if we feel like we have to “lower the boom” on people who do not see exactly as we see.

Honestly, it is my prayer that people on both sides of the argument would stop yelling at each other and talking about one another and actually sit down and talk to one another understanding that just because two people do not agree on an issue does not mean they have the right to hate one another for it. Conversation is NOT compromise…it’s actually Christ like! And our world would be a MUCH better place if those who called themselves Christians would step up and lead the way in this, understanding John 3:17 is the attitude that we are called to have!

So three cheers for Christmas decorations, being loving and respectful, and waffle fries! Oh and sisters too!

Love Decorator Warehouse and their tea room. I also love the article, thanks for sharing!

THANK YOU FOR THIS POST!!!! And Ok. I have to tell you about Miss Cayce's Christmas Store in Midland. I am not from Texas and have NO idea how close that is to you- BUT YOU MUST GO!!! You would LOVE it! I own a Christmas shop and it is who I modeled my shop after. It is amazing!!!

First, lucky you to get to go to such an awesome place...I am jealous!

Second, thank you for the article. That man is 100% right! Loved it.

Perry is our pastor! He told us that in his sermon on Sunday and I thought it was wonderful. He also said 'Tolerance doesn't mean you only tolerate the opinion of those who share yours'...love it!

I think there's a Decorator's Warehouse in Plano, too. Or something very similar.

I couldn't agree more with all your points. I LOVE reading your posts everyday!!

Thank you for sharing that article. I totally agree. I enjoy reading all your posts!

All these years I've never been out to the store. I need to go. In this 100 degree heat I could use some Christmas spirit!

I've been thinking about burning one of my pumpkin spice candles just to remind me fall is coming. Do you think it could make me feel cool in the heat??

THANK YOU THANK YOU for posting that article!!!! I've been just sick about it all, and looking for a voice of reason and love in it all :) I will pass on!!! :)

I'm a heterosexual born-again Christian mother who also happens to disagree with your stance on homosexuality and sin. BUT, this is the most common-sense thing I've read on the issue in a long time. People on BOTH SIDES of the debate hurt their cause by arguing when they should be listening with love and sympathy. I don't often comment on blog posts, but I just had to say THANK YOU! There would be a lot less hate and a lot less suffering in this world if there were more Christ-like voices like yours. Thanks.

Thank you Dina for putting many things in perspective!! I still do not know how chicken and sex lives go together.. But whatever.. Your just wonderful and so is your family..keep up the wonderful blogs..