So Katie turned 4 on Monday the 14th.
We started having fun a few days before. If you work it right, birthdays can last for at least a week.

Last Friday was Cow Appreciation Day at Chic fil A. Or as my mom used to accidentally call it, Chic A fil.

So if you dressed like a cow, you got a free meal.
Katie was more than happy to wear her Jessie costume. 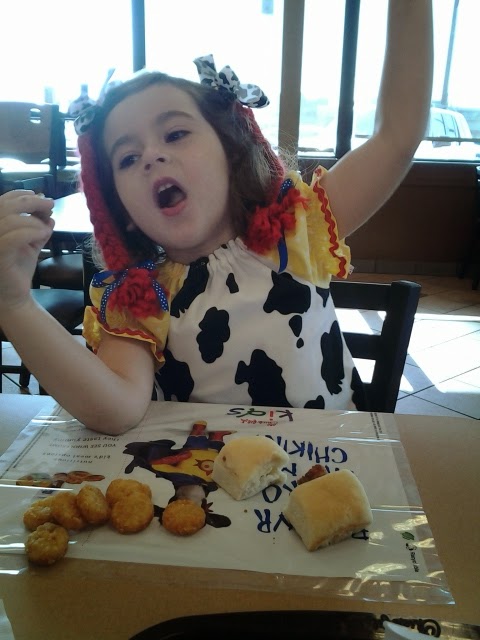 And since the date was 7/11 it was also free Slurpee day!
You know I was all over that! 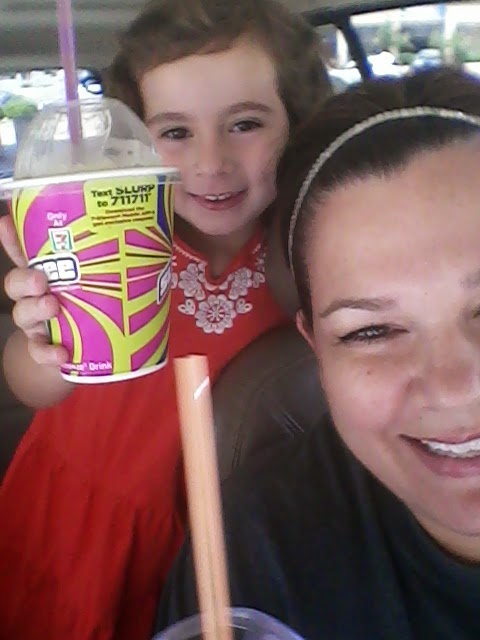 I felt thrifty that day! And Katie said, "this is a really exciting day!"

That night we went to Friday Night Fireworks with the Osbornes 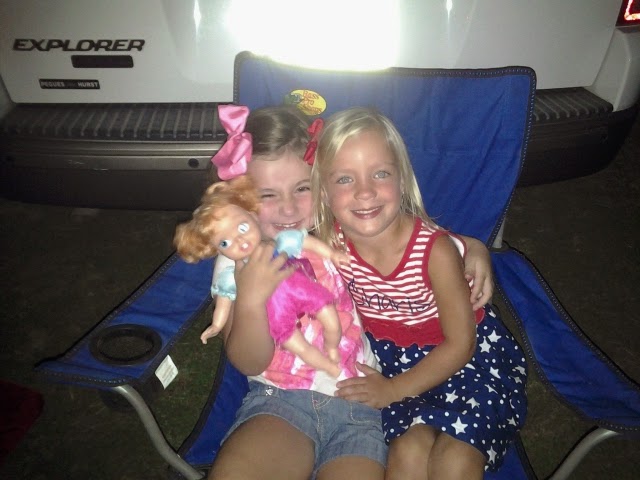 The next day was Katie's Frozen party. That was big fun!

Then Monday was her actual real #4 birthday!
She woke up WAY too early! So I made her get in my bed until her daddy came home from work. That's about 7:30 am 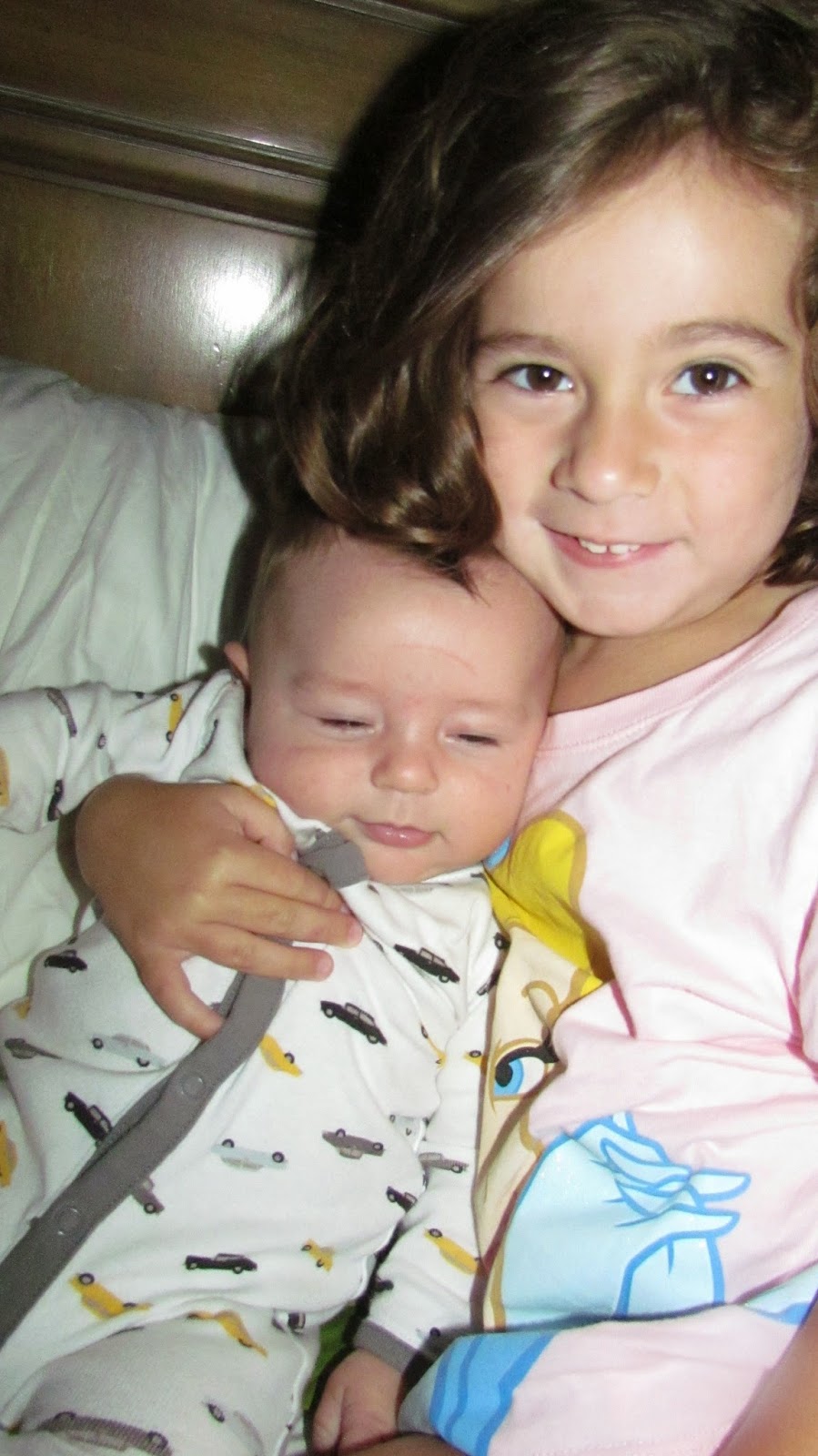 We had cinnamon rolls. 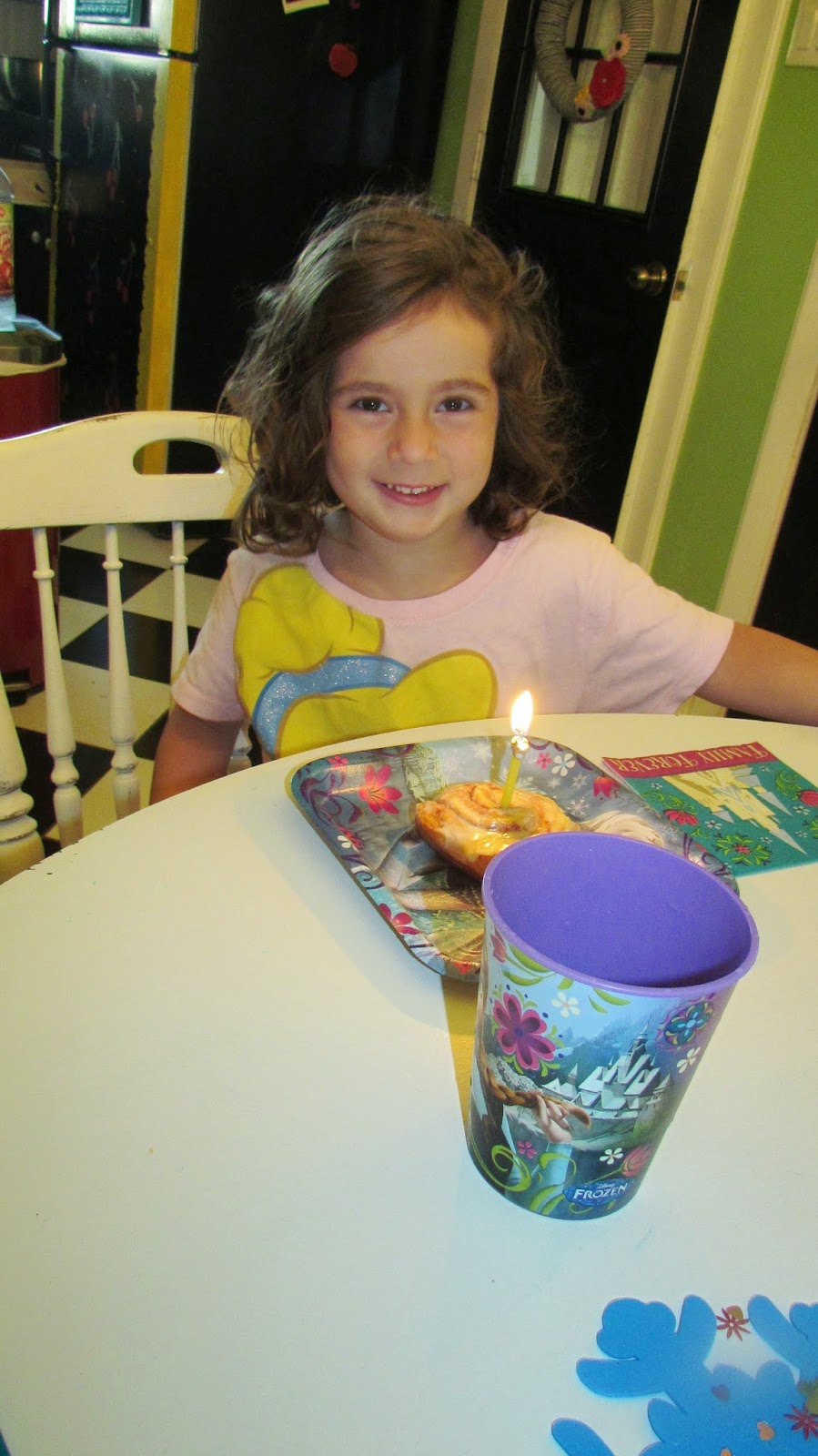 Then our plan was to ride the train in Fort Worth, but it's closed on Mondays. So we went to the splash pad. 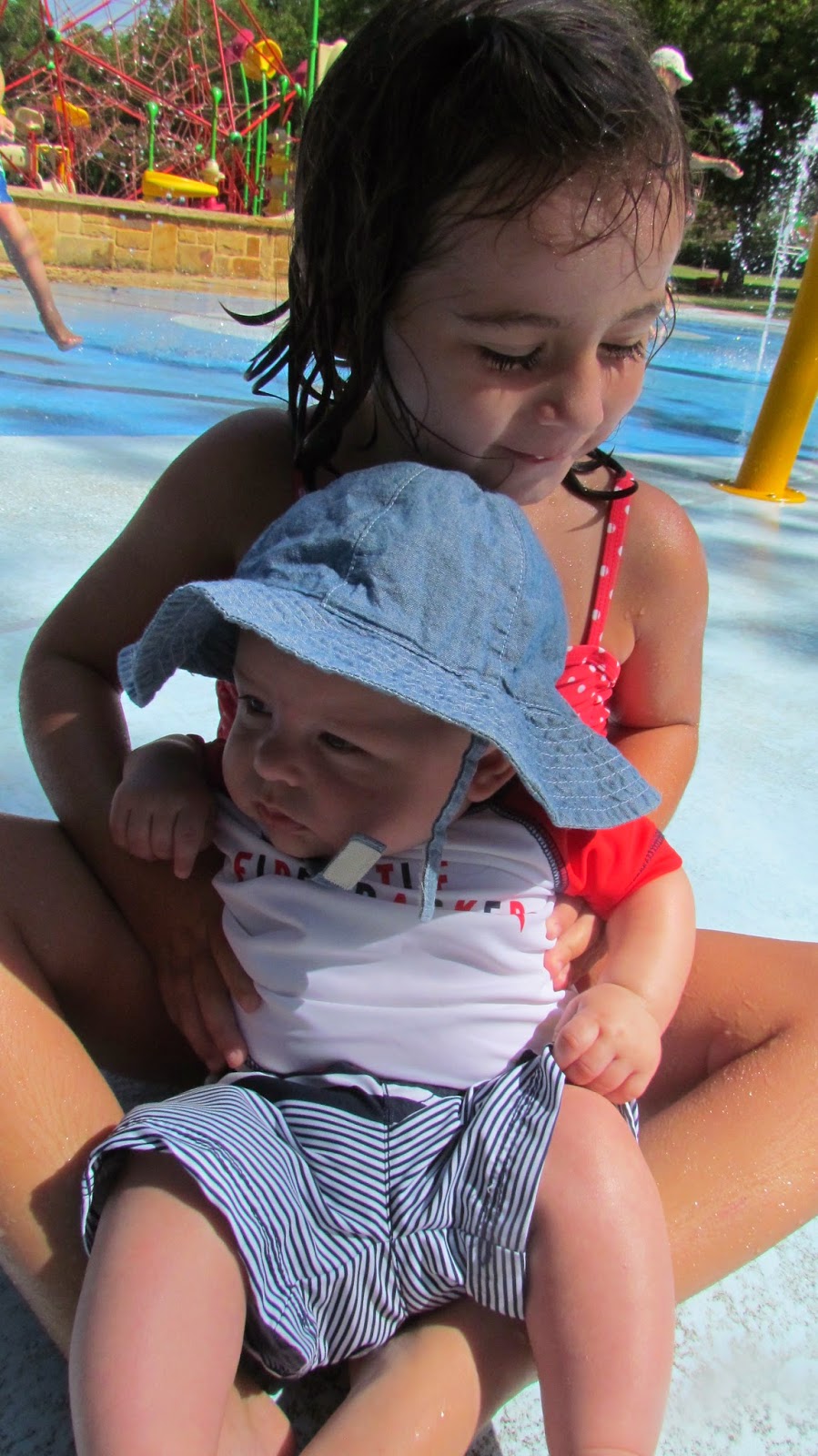 Jesse got to wear his bathing suit for the first time. 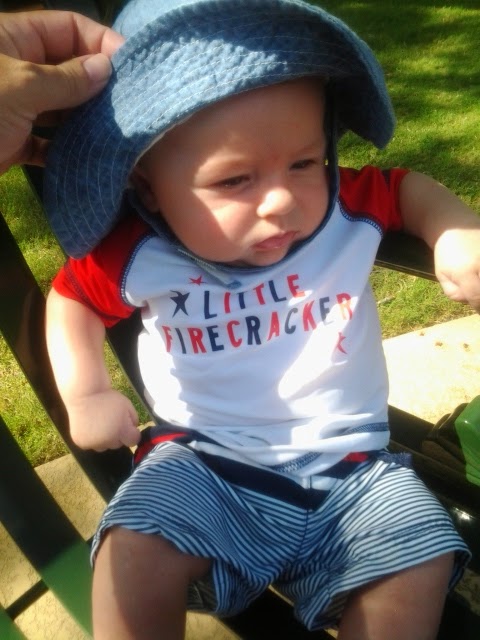 After that we went to lunch and Katie got to stop at the bakery for a treat. 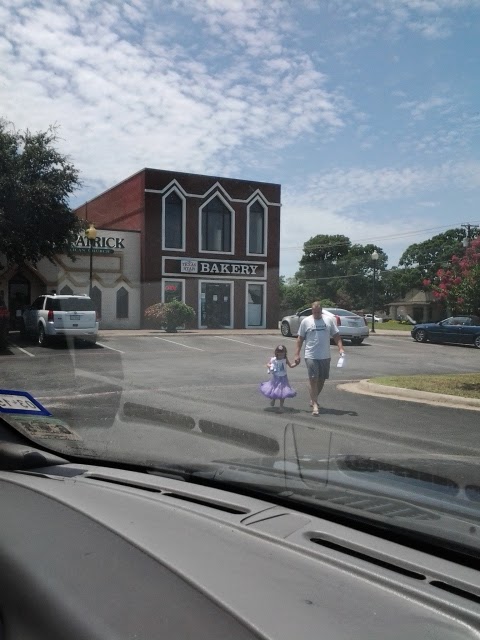 After nap time (at 4 she still naps! Praise the Lord!) we planned to go to Six Flags but it started raining. Coincidentally Katie just got this Frozen umbrella that day in the mail from my cousin. 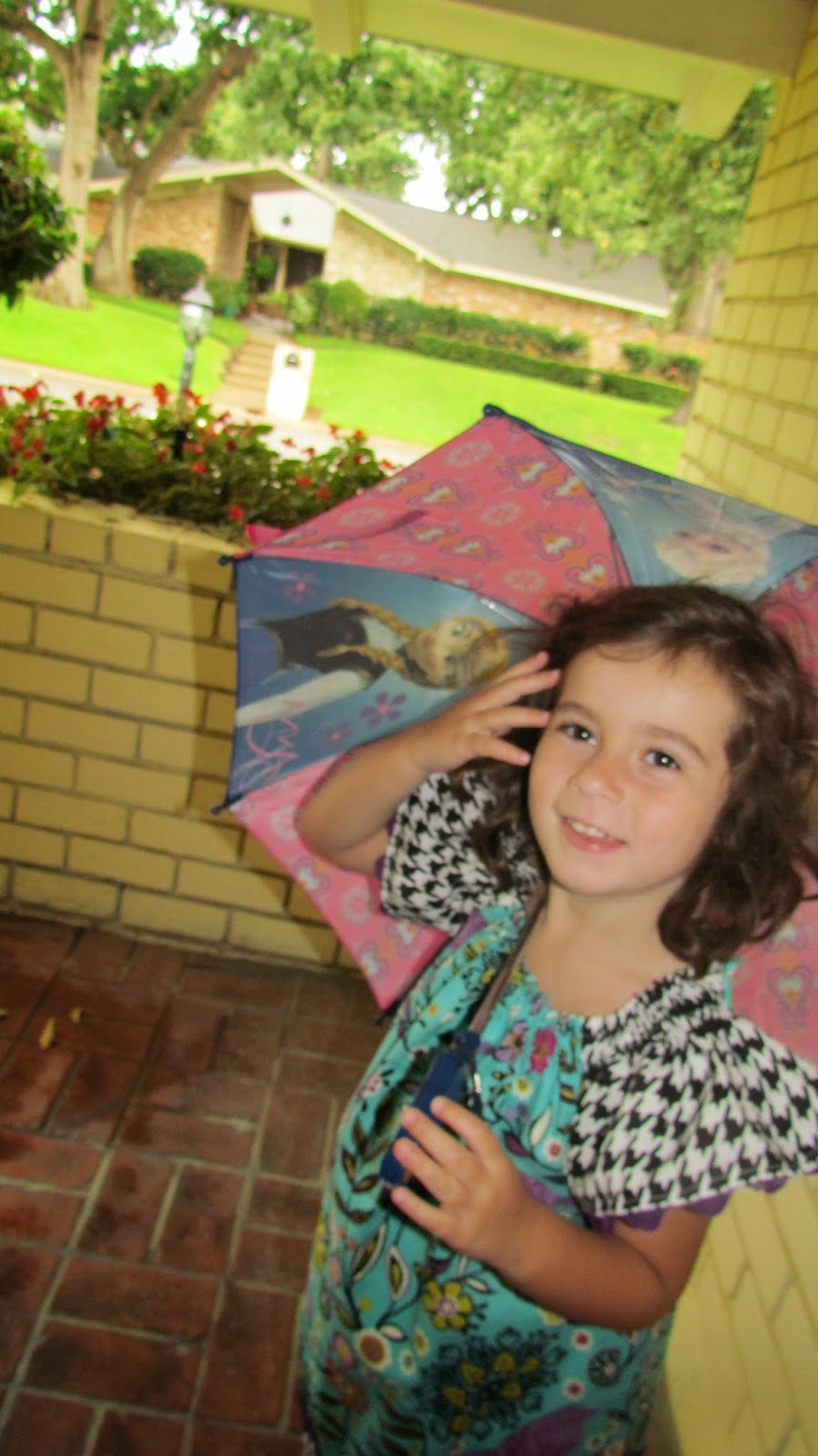 We headed to Six Flags anyway, hoping the rain would clear up.
We got a snow cone on the way.
Pink Mermaid with gummie bears! 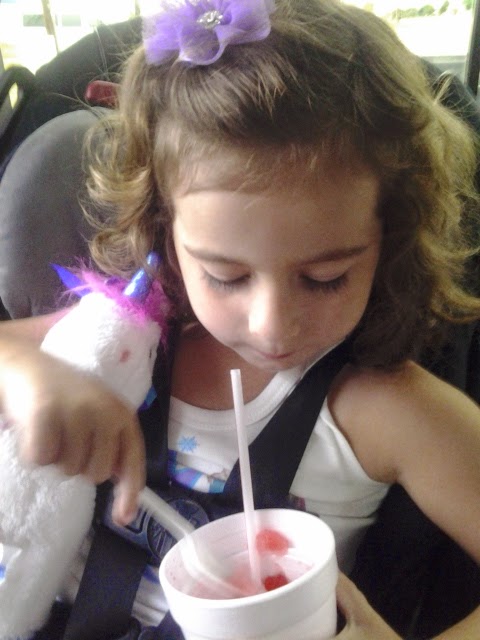 The rain didn't stop, so we just got to ride the merry go round and go home.
Katie's Aunt Pam and Cousin Melissa came over and played with her that night. They broke out all her new birthday toys. 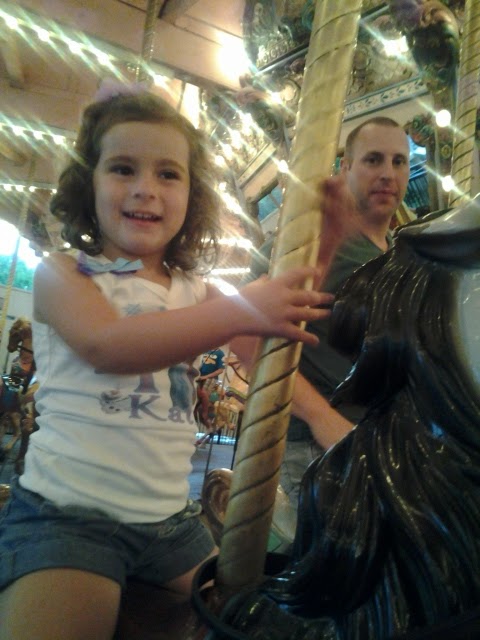 Then that night I slept in Katie's room and we had a little slumber party.
Marcus had baby duty!
(I probably had more fun than he did)

So since the train was closed on Monday, we went on Friday. 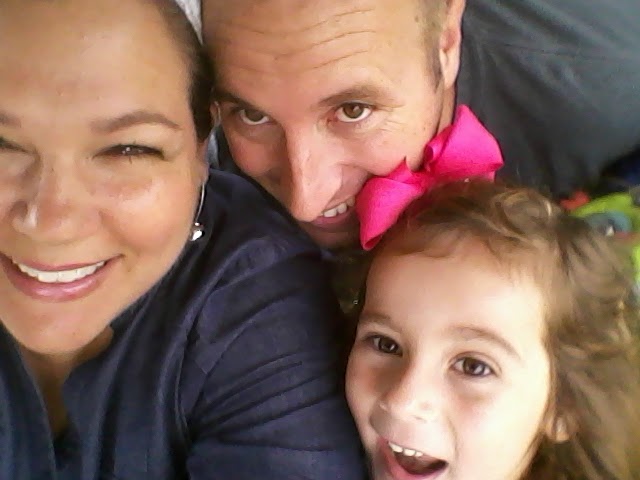 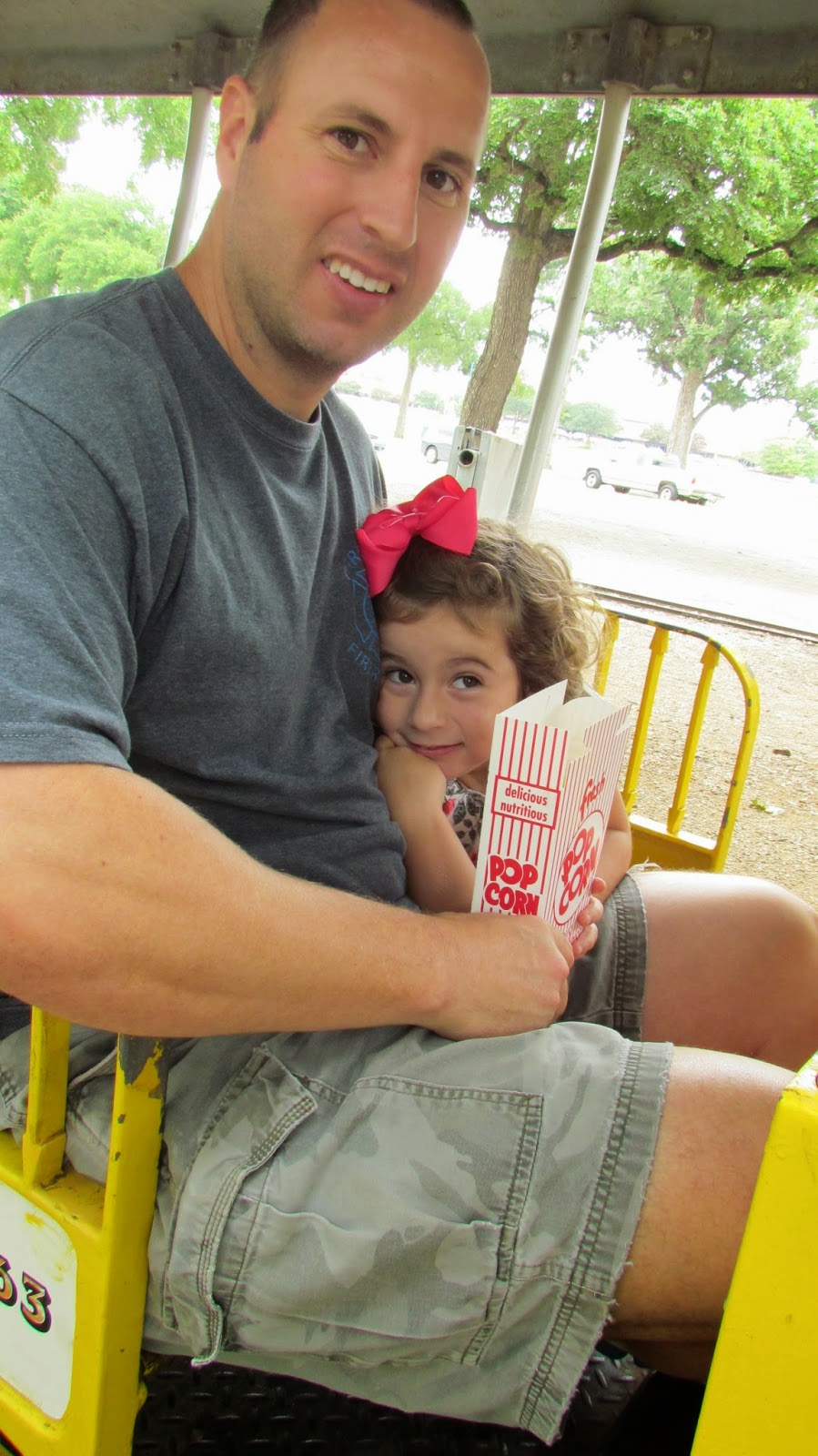 Then we went to Dutch's for some hamburgers. 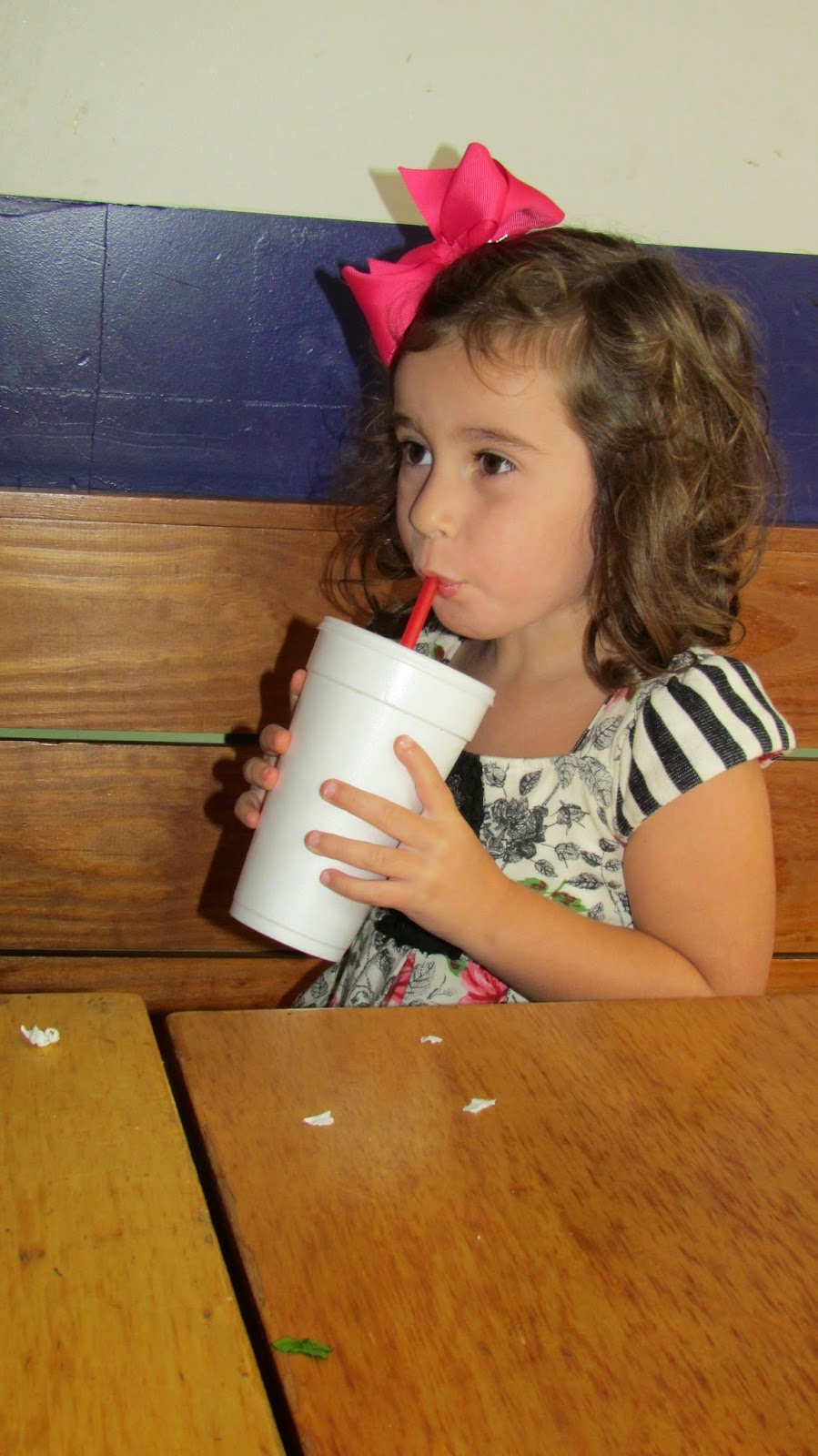 Katie LOVES her little brother.
She either calls him my little brother or just brother. I don't know that she's called him Jesse yet? 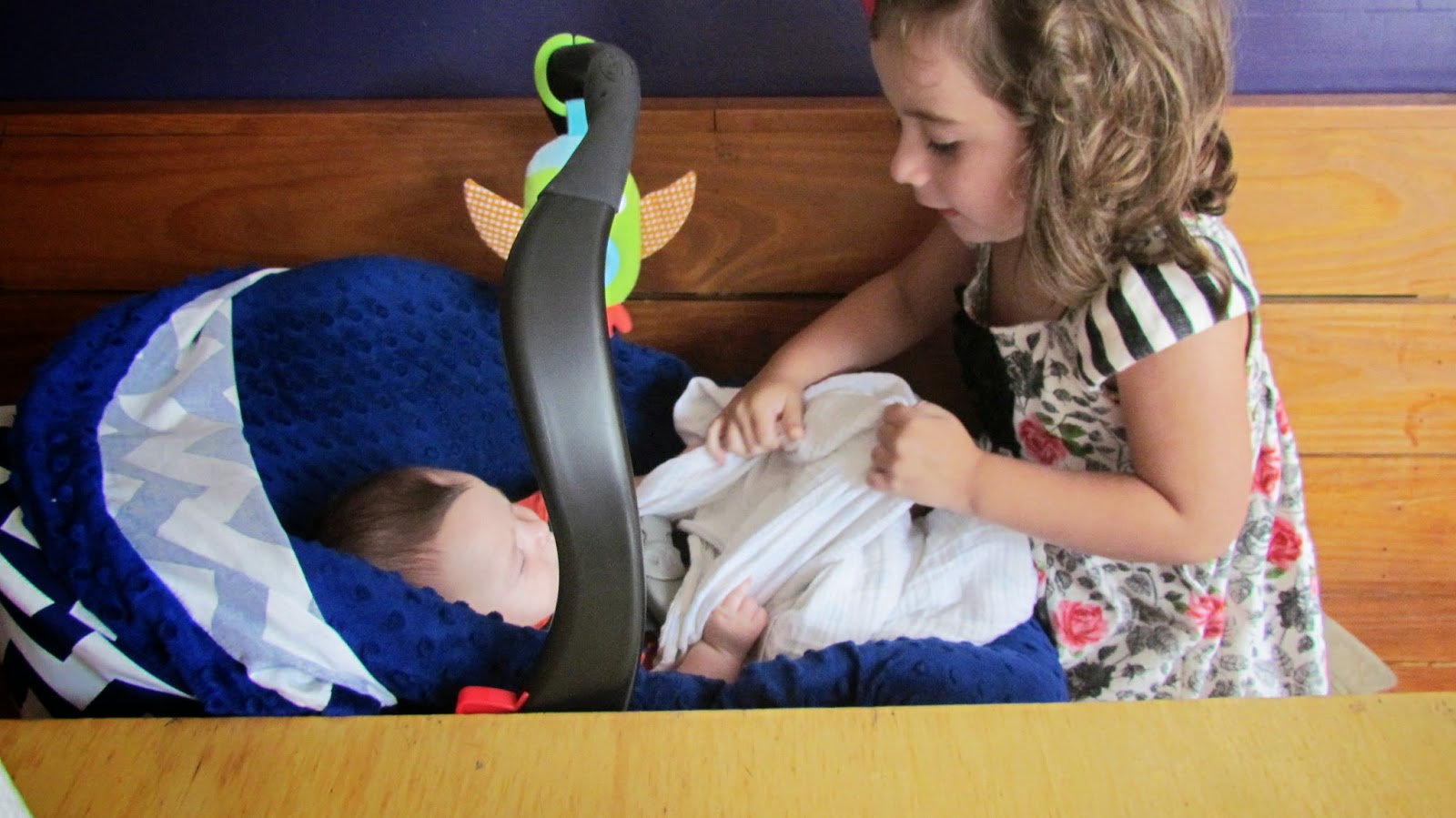 And he loves her the most! 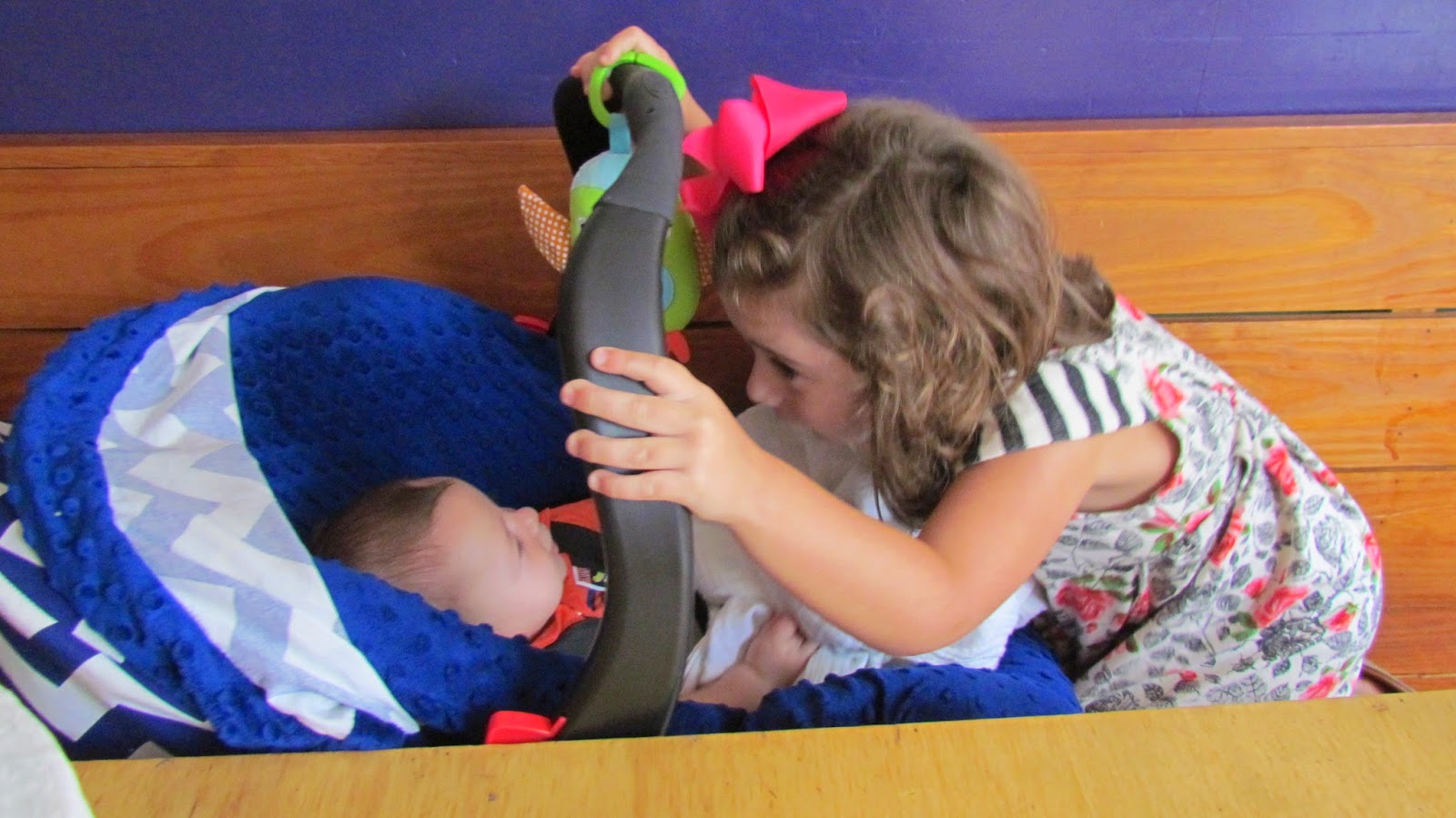 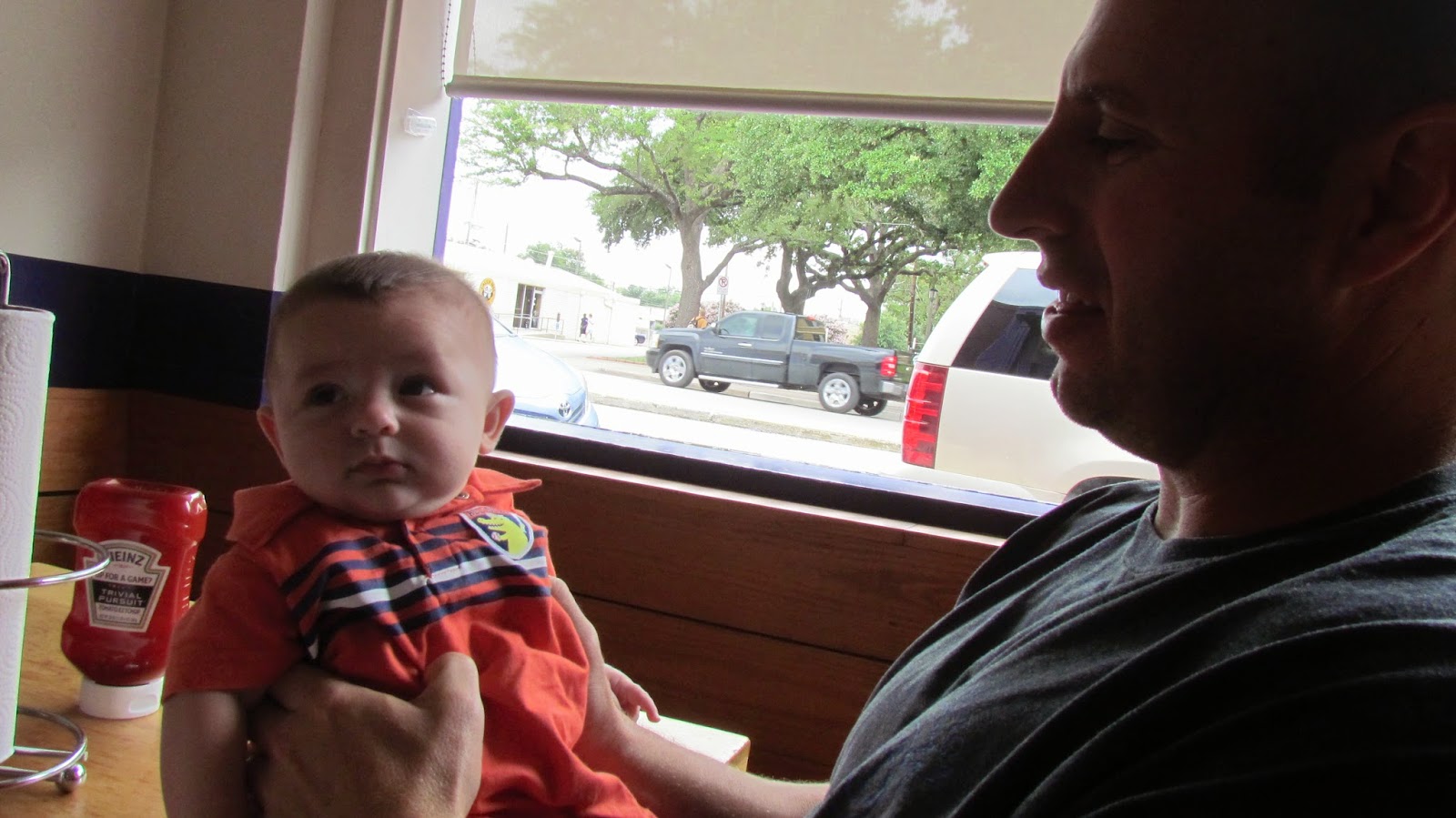 And Katie got a bike for her birthday!
She is already so great at riding it. 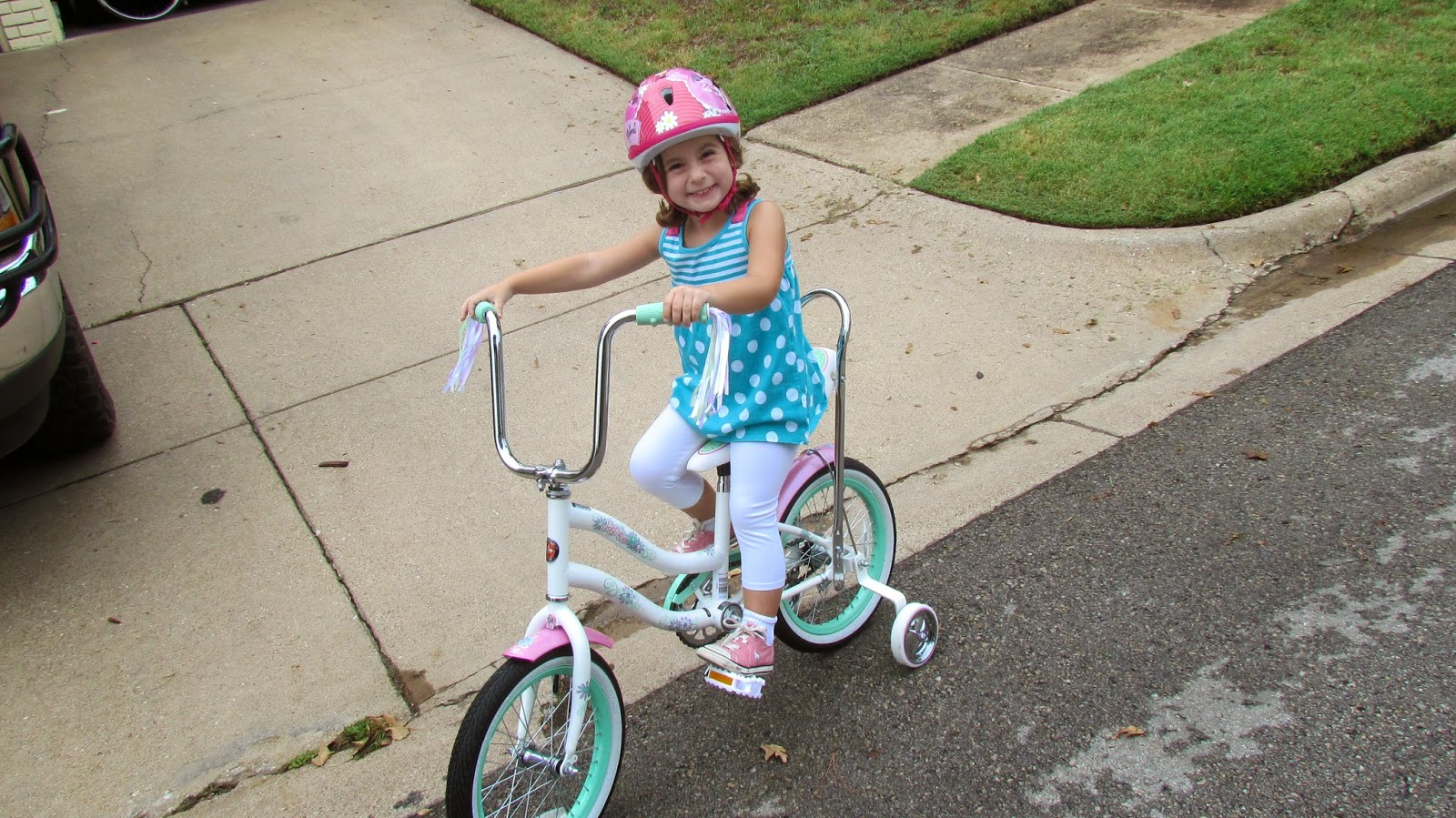 Tonight we took it to my parent's house, because they have nice big sidewalks to ride on. 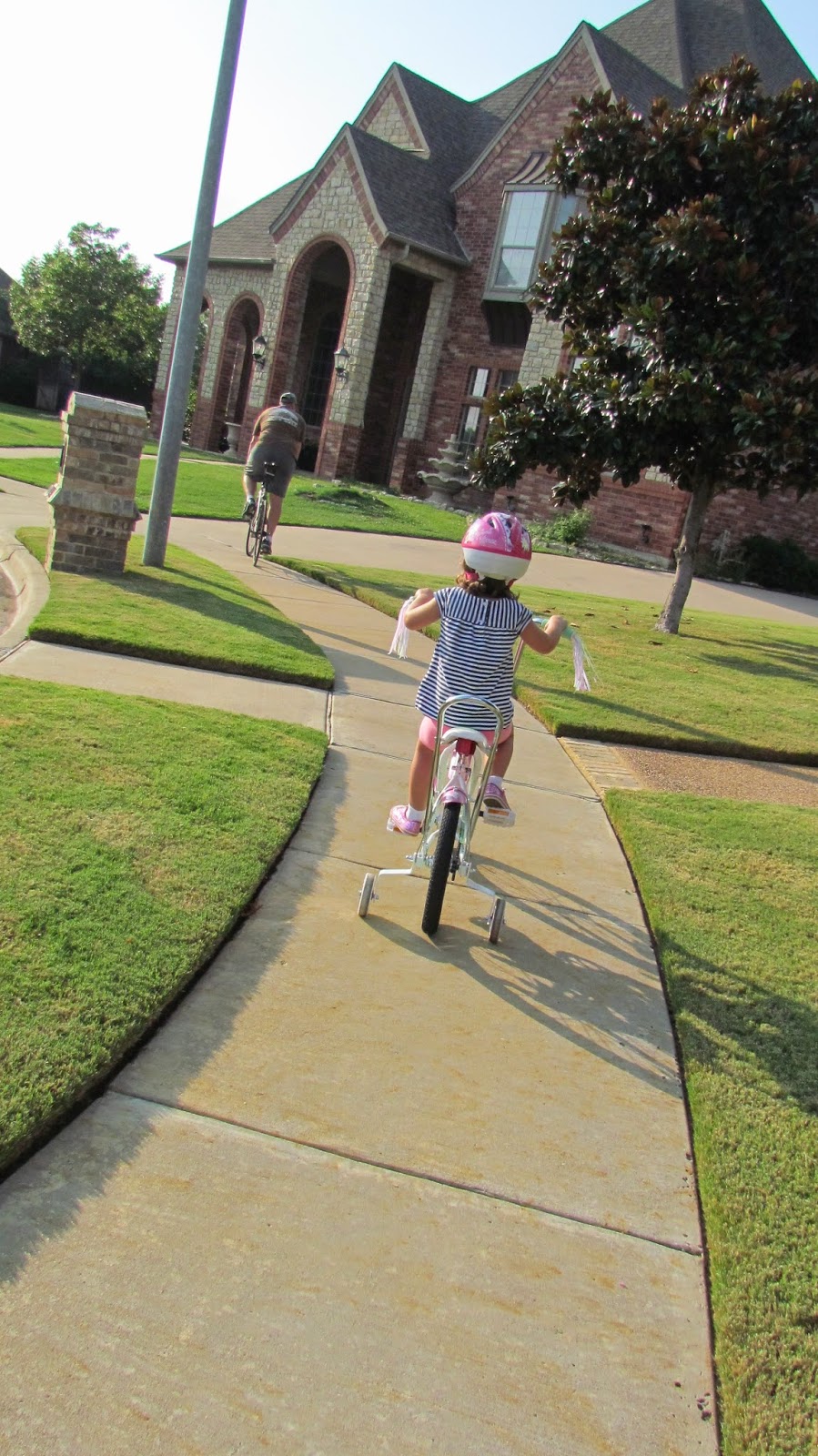 And then she and Marcus could jump in the pool to cool off.
I love her face in this picture! 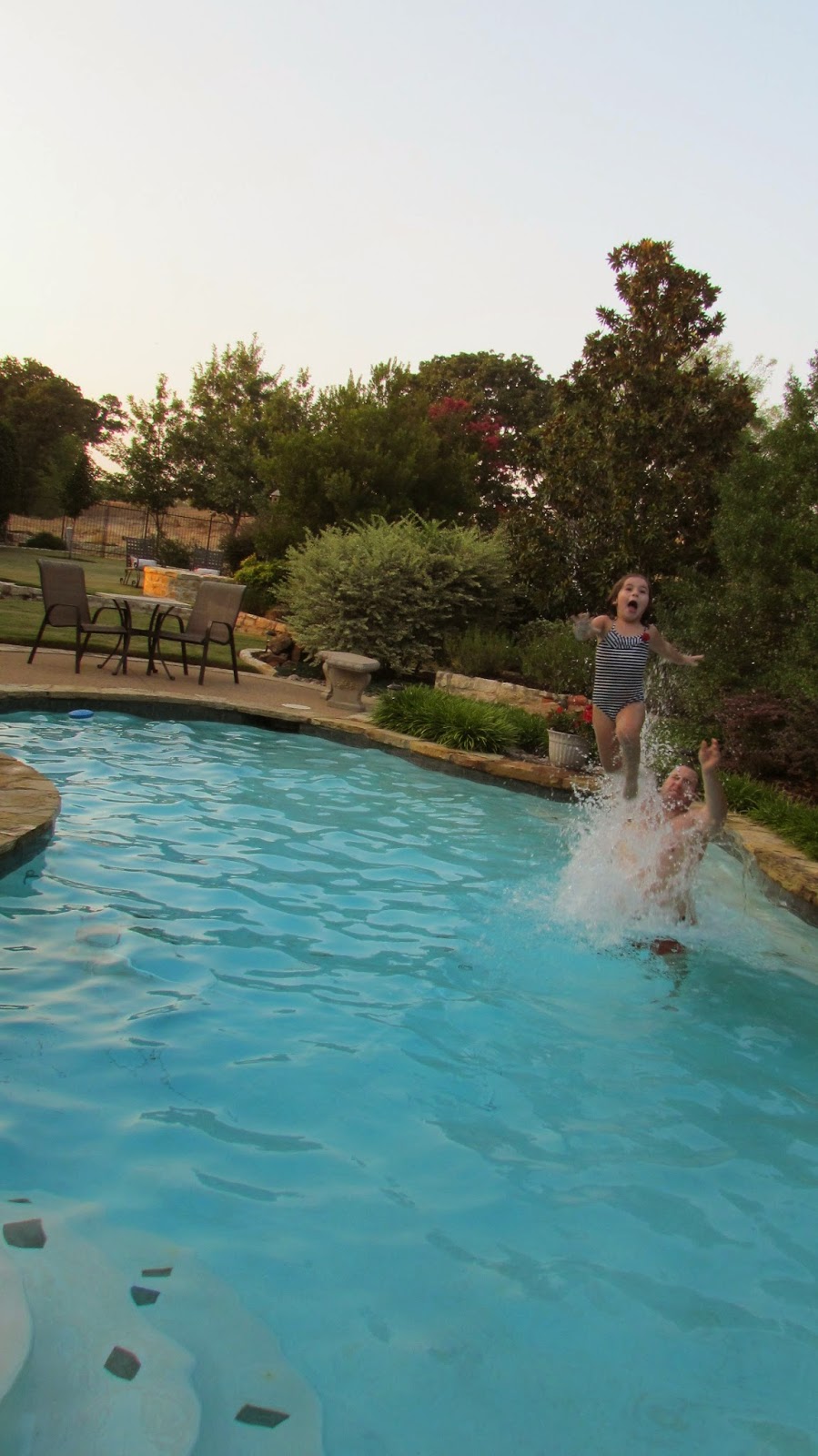 We have had a fun time celebrating our big 4 year old!

As I am recalling our week, I am feeling so convicted. Yesterday was a hard day. It included some whining, gallons of spit up and also poop on my shirt (not mine). And I was so tired, I could hardly function. I was feeling sorry for myself and thinking "this is NOT fun!"  Not everyday can be snow cones and splash pads, but I live a pretty sweet life.
Smelling like sour milk just keeps you humble!