We took both kids to the doctor last week for their well visits. 4 months and 4 years.
Katie LOVES to go to the doctor. She likes the fish and also the prize she gets afterward. 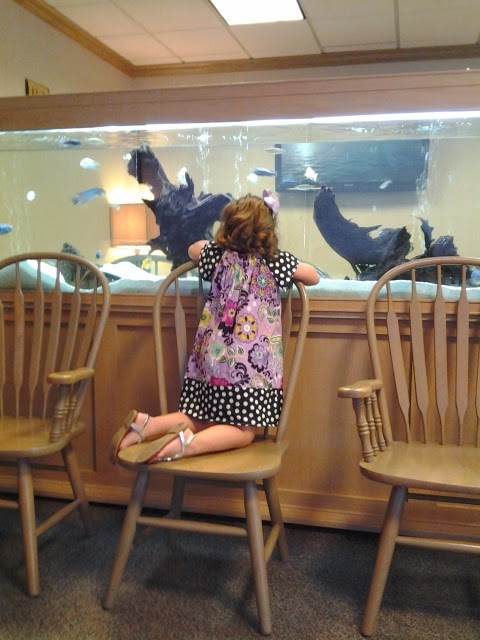 She had no idea that she would be getting 4 shots. It's best to leave that as a surprise for the end! 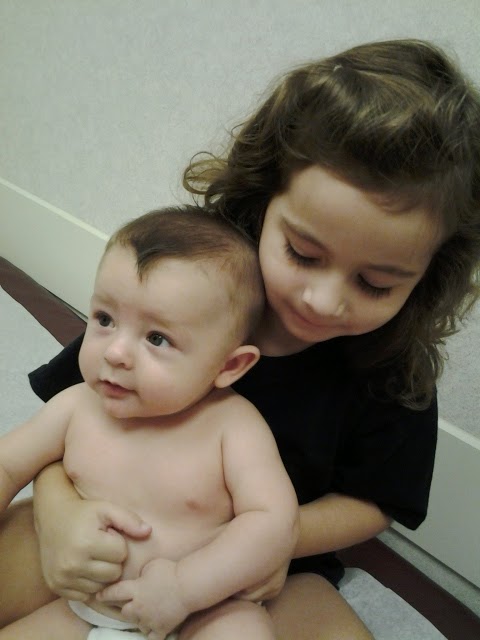 Katie  weighed 41 lbs and was 42 inches tall
Jesse weighed 14 lbs and was 24 inches tall.
Do you see how they inverted both their #'s?
Freaky!
Jesse turned 4 months old on the 3rd.
He's starting to sleep a little better. Most nights he's just up once.
And he rolled over for the first time yesterday.
I think he will have teeth soon, because he is chewing and drooling on everything.
He's kind of a big slime ball most of the time, with his spit up and drool.
I guess it's a boy thing! 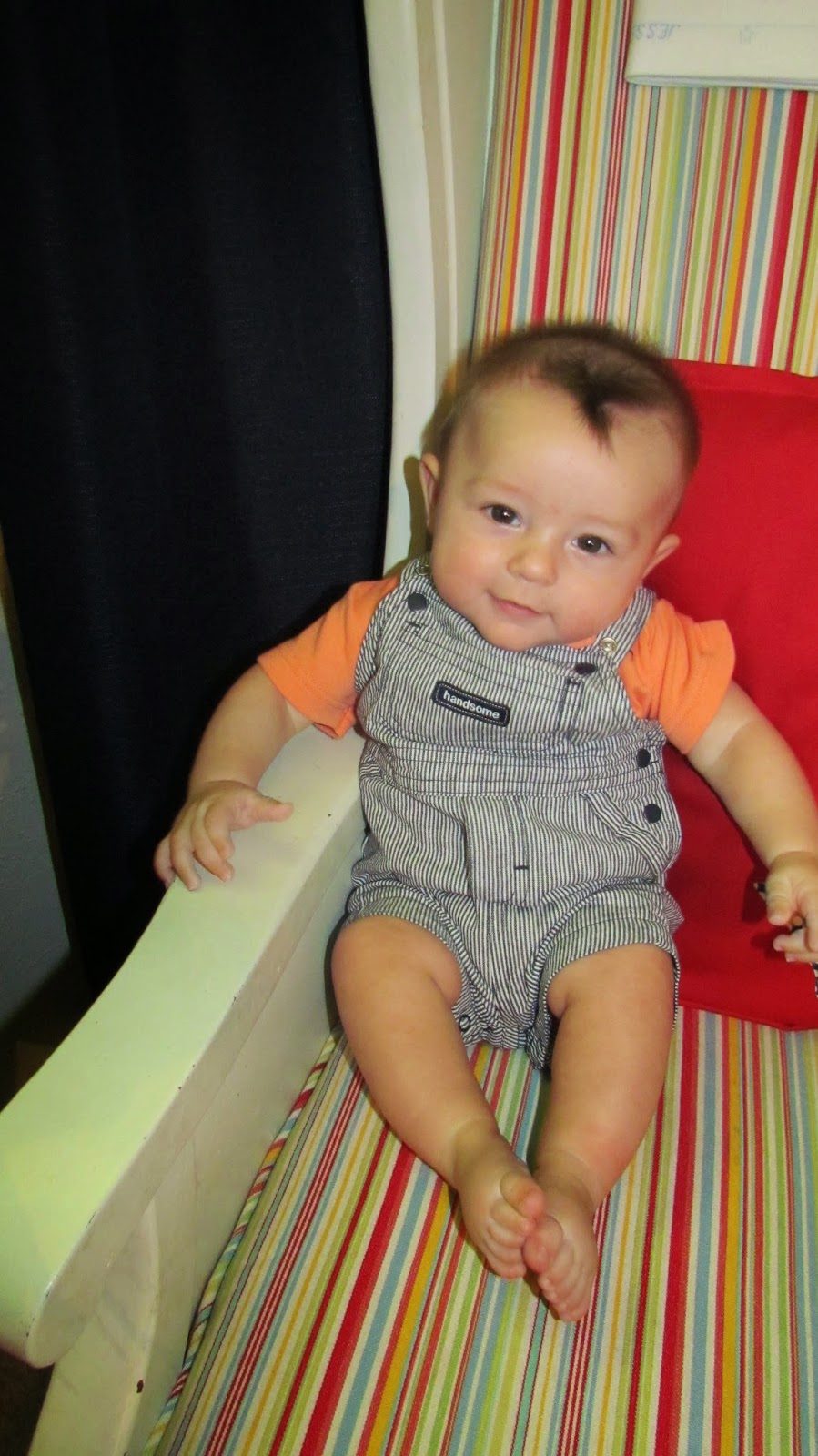 And his 'do is a little bit too Squiggy-ish right now! 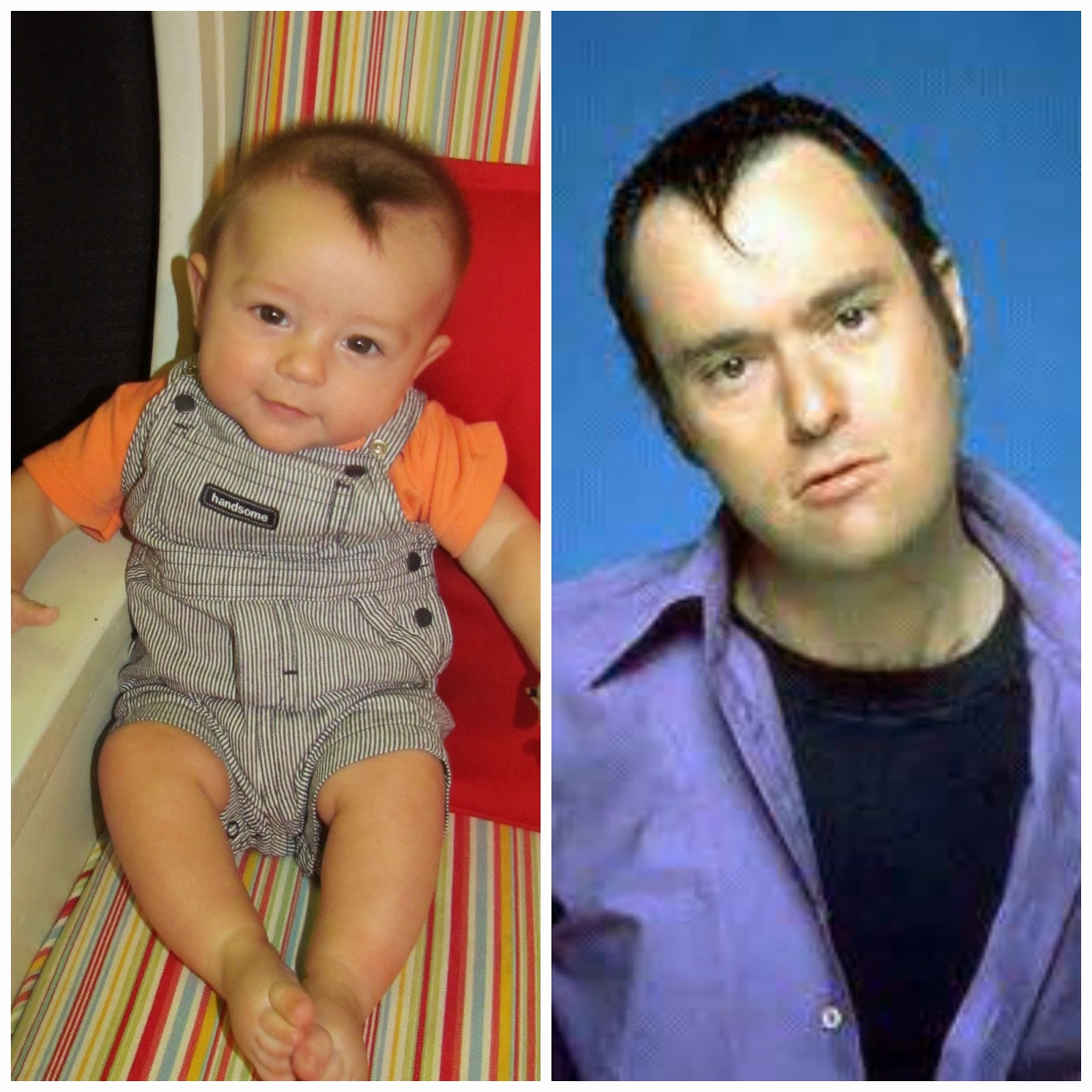 We will probably trim that up soon! 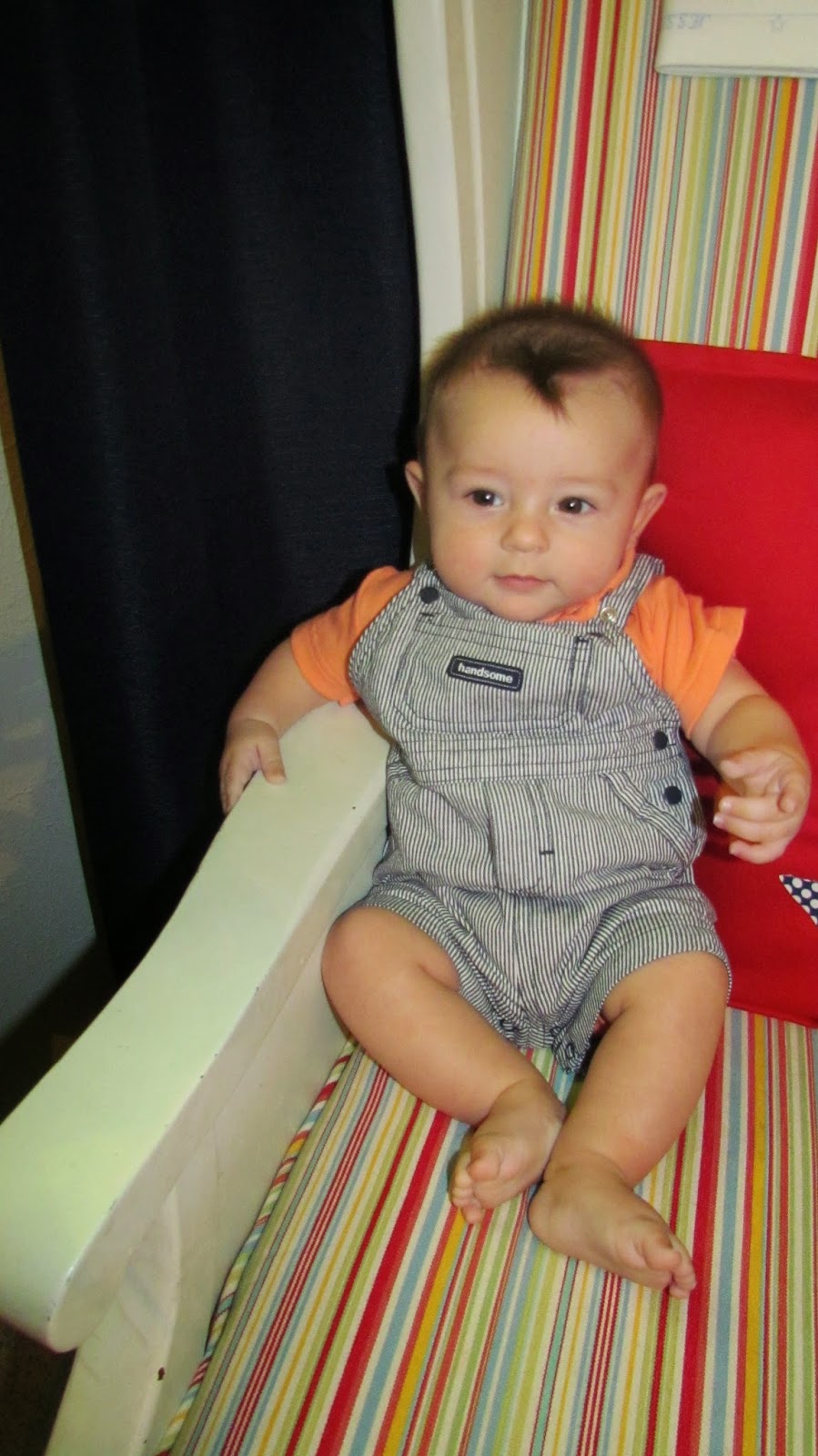 Jesse loves to socialize and talk.
(those cheeks have been kissed a million times!) 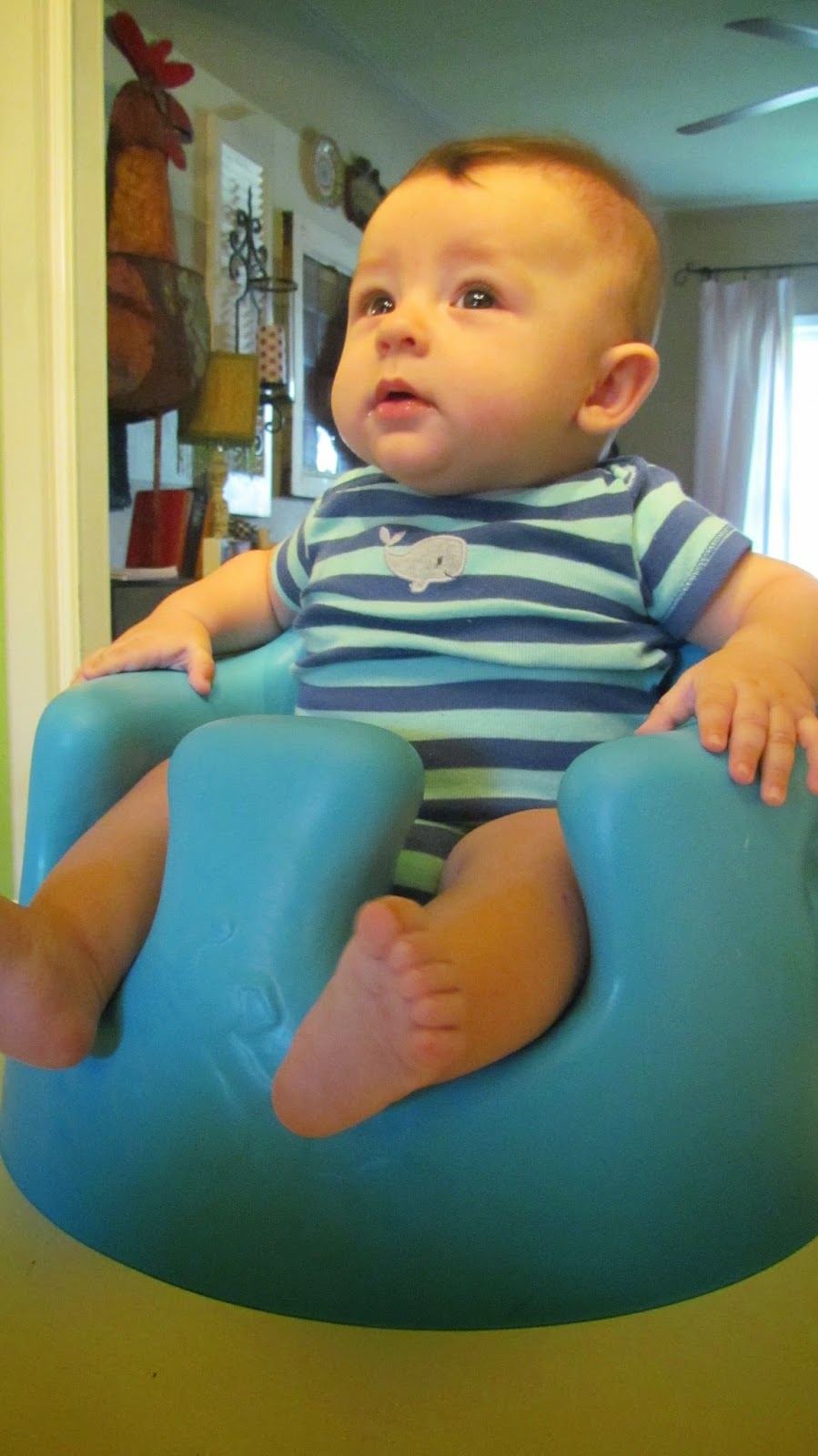 He also loves to be held all day everyday.
That is why these are the only pictures of him hanging in our house! 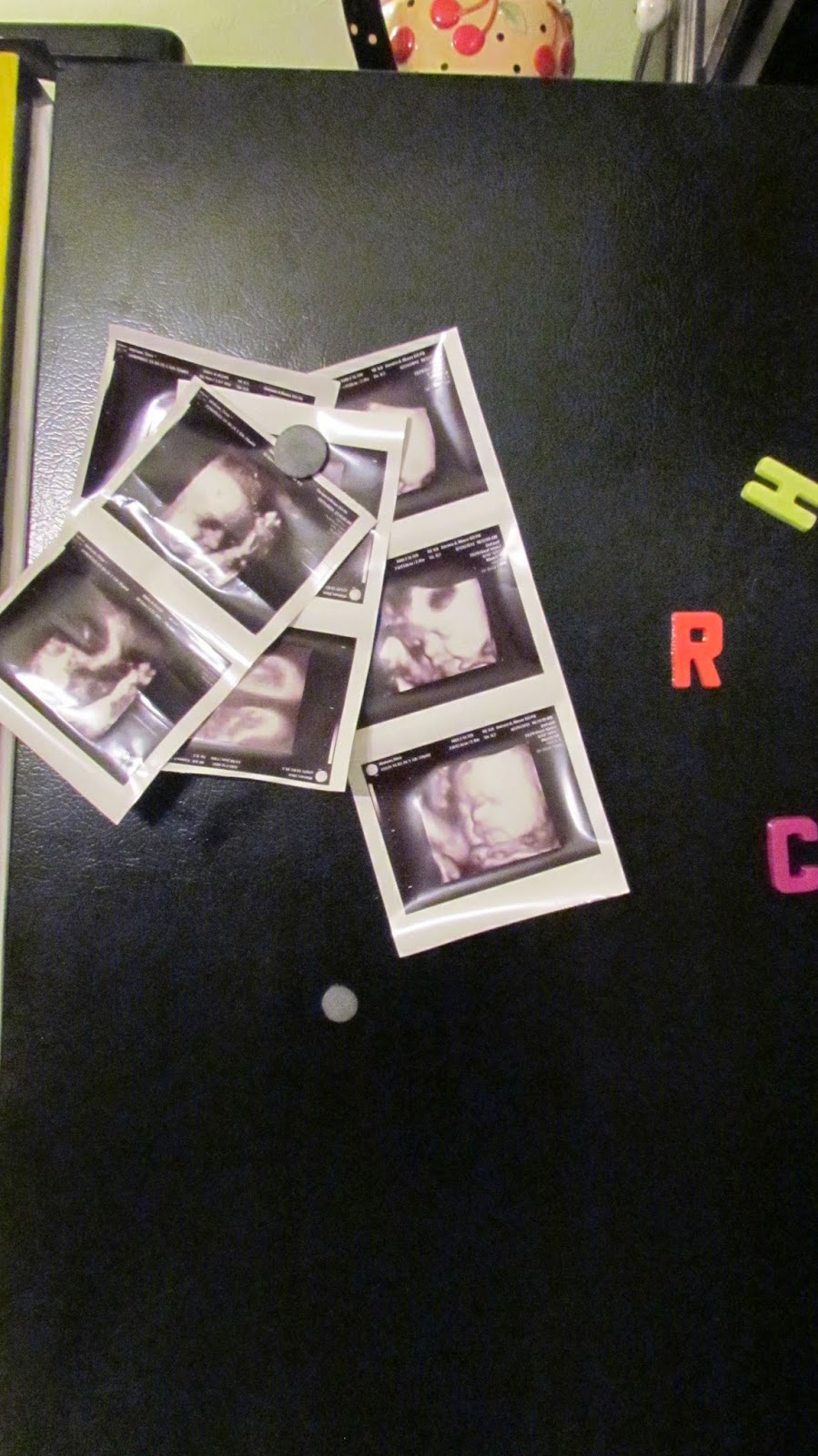 No time for framing pics and hanging them up.
Maybe on his first day of kindergarten I will get it done?
No, on the second day. On the first day I already have plans for a nap!


I think God really laughed at me on the day I told Marcus that I WOULD NOT have kids after I was 31. That was my cut off! I'm thankful for my sweet babies and I'm thankful God has a better plan than me!

Yep, we did the double well visit last week too! That is CRAZY how they inverted their numbers!!!!!! Three shots for us. I was worried but David handled it like a champ. Those overall pictures are TOOOOO cute!!! Kelly

He is so adorable and Katie is as cute as ever! Glad to hear he is sleeping better for you!!! If I lived closer, I would totally come over to let the girls play and hold him so you could nap! :-)

Squiggy! LOL - I can see the matching hair styles!