My nephew, Ryan, turned 12 on Friday.
There was a family party and I missed it!
I have been sick and can't shake it.

Marcus took the kids to the party and was nice enough to take a couple of pictures for me.

Ryan had a pizza party.
So my niece, Melissa, made him a pizza cake! 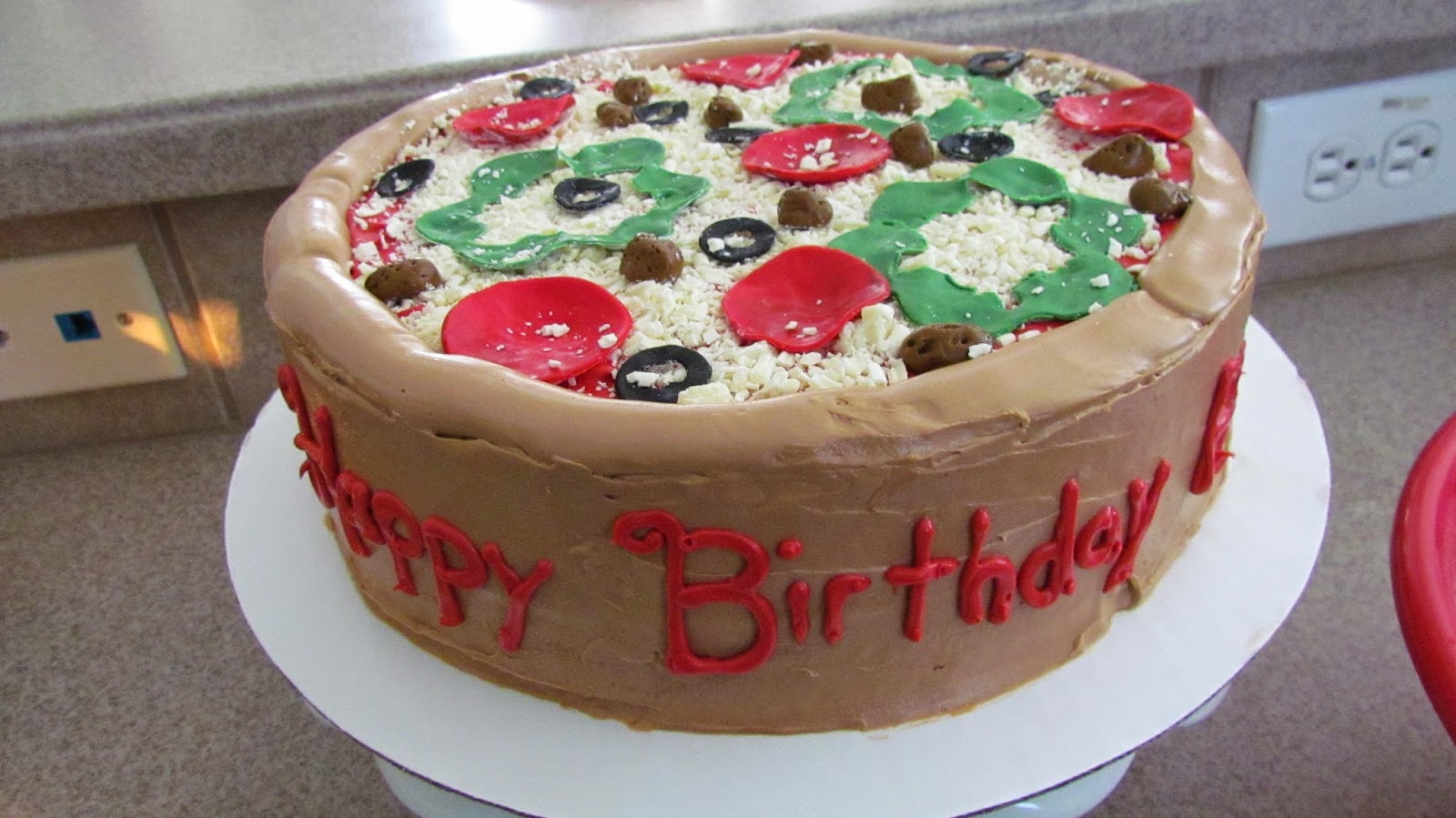 She is a 15 year old baking Queen! The birthday boy with Katie and Jesse.
They have the best cousins! 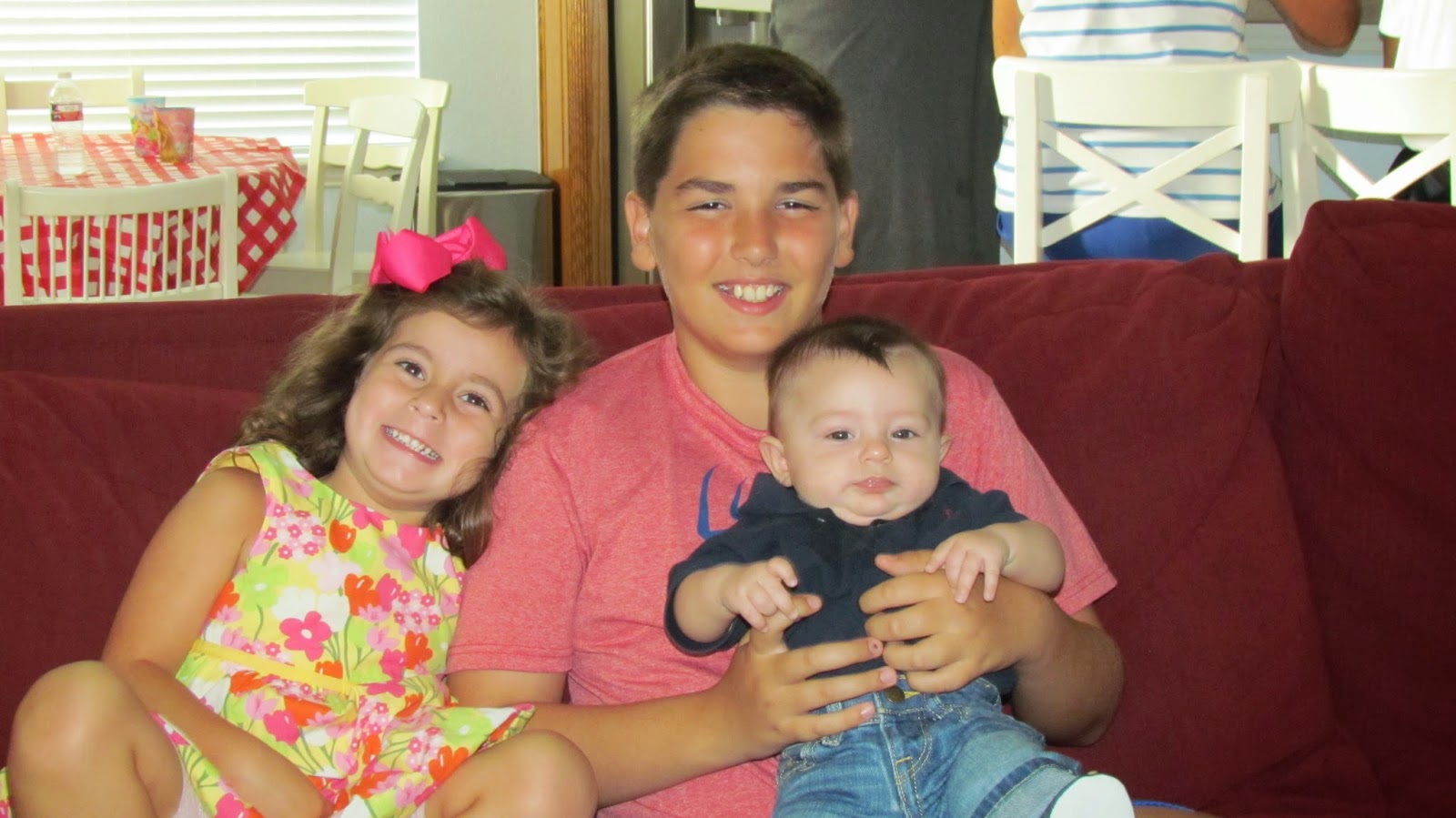 I was so sad to miss out, but I didn't want to spread my germs.

That night Marcus slept in Jesse's room to take care of the feedings.
Isn't that nice?! This baby is on a newborn schedule again.
Up every 2 hours! 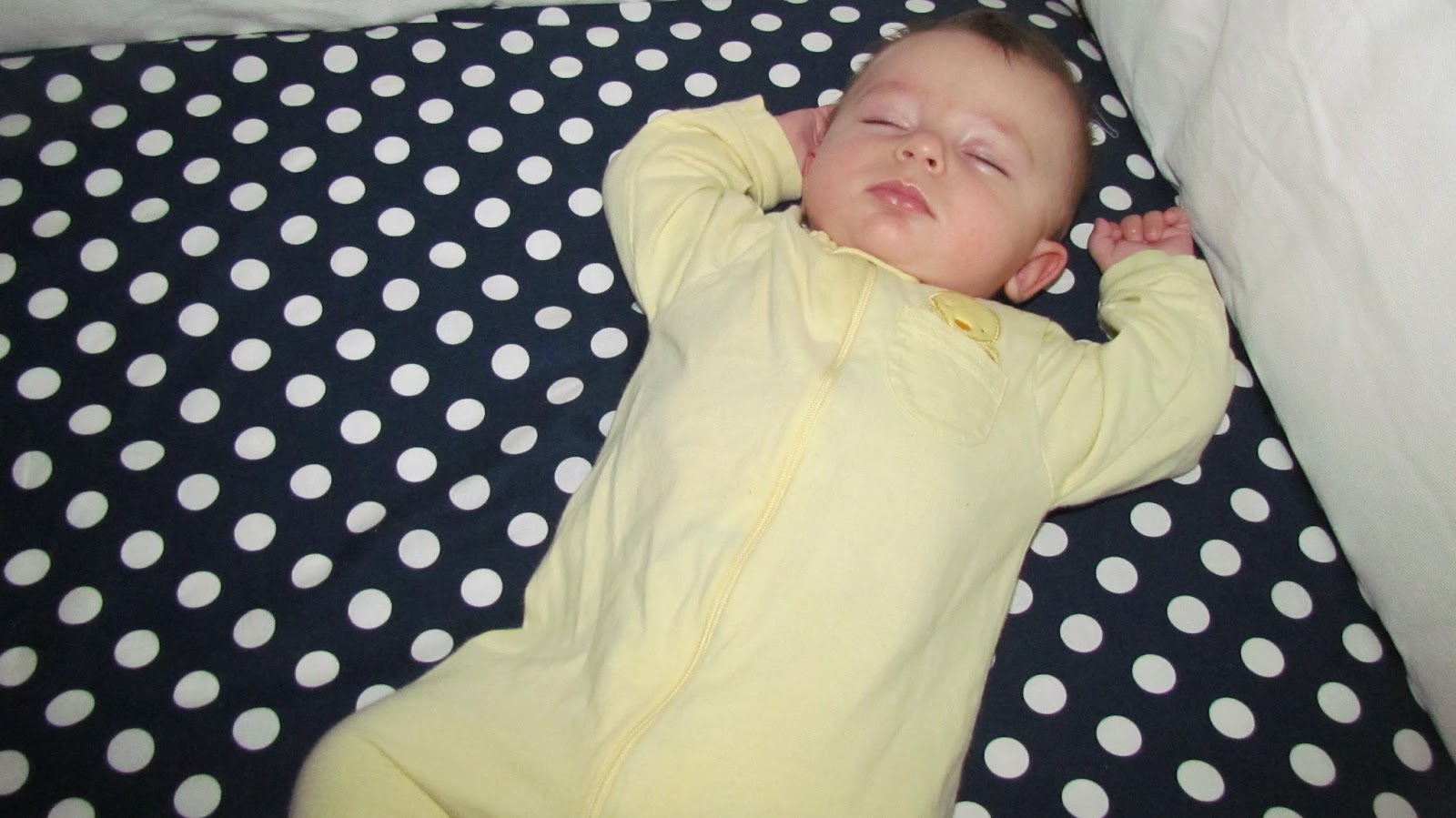 This was Jesse's first night in his crib!
He's still in our room. If he starts going long stretches of not waking up, I will move him to his room permanently. For now it's easier to walk a couple of steps. I don't want to haul myself to the other wing of the house in the middle of the night! (J/K I don't have wings! It's just down the hall, but still!)

So I woke up Saturday with my eyes glued shut and still feeling terrible.
Marcus took me to Care Now. I was THRILLED to see Elf playing in the waiting room.
That is pretty much the best movie ever made, in my opinion. 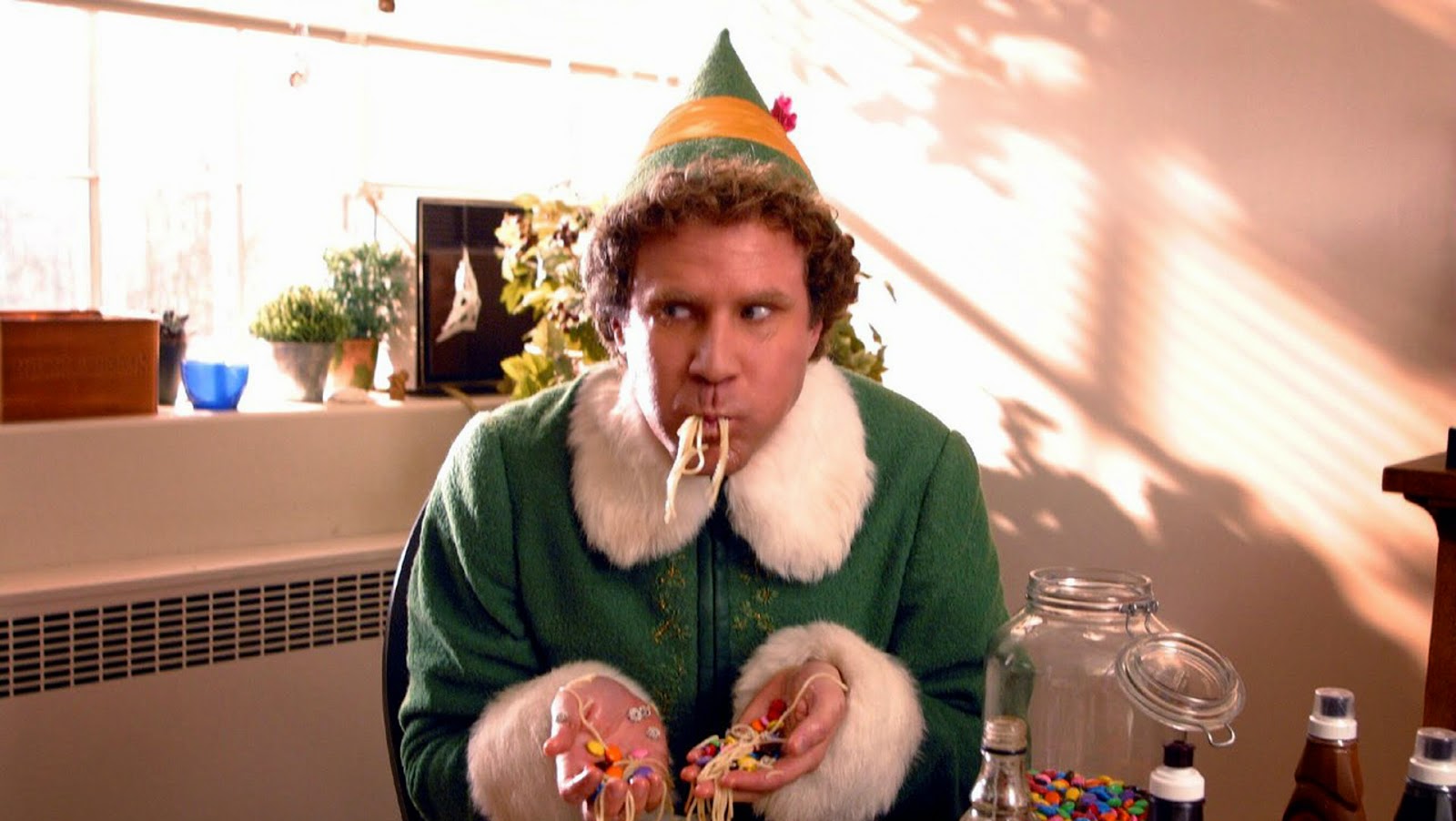 I feel like I was maybe meant to be an elf? I do have a love for Christmas and Christmas decorating that's a little out of control.
And their 4 basic food groups are Candy, Candy Canes, Candy Corn, and Syrup. Hello? That's 90% of my diet.

Anyway, Marcus and I enjoyed our date at "the movies". I was diagnosed with a sinus infection and a double dose of pink eye.

I was given prescriptions that are safe while nursing. So I am hoping to be fixed up soon.

So I have had an opportunity to lay on the couch and watch HGTV. Have you seen Fixer Upper? It's pretty awesome. Check it out. You'll see stuff like this: 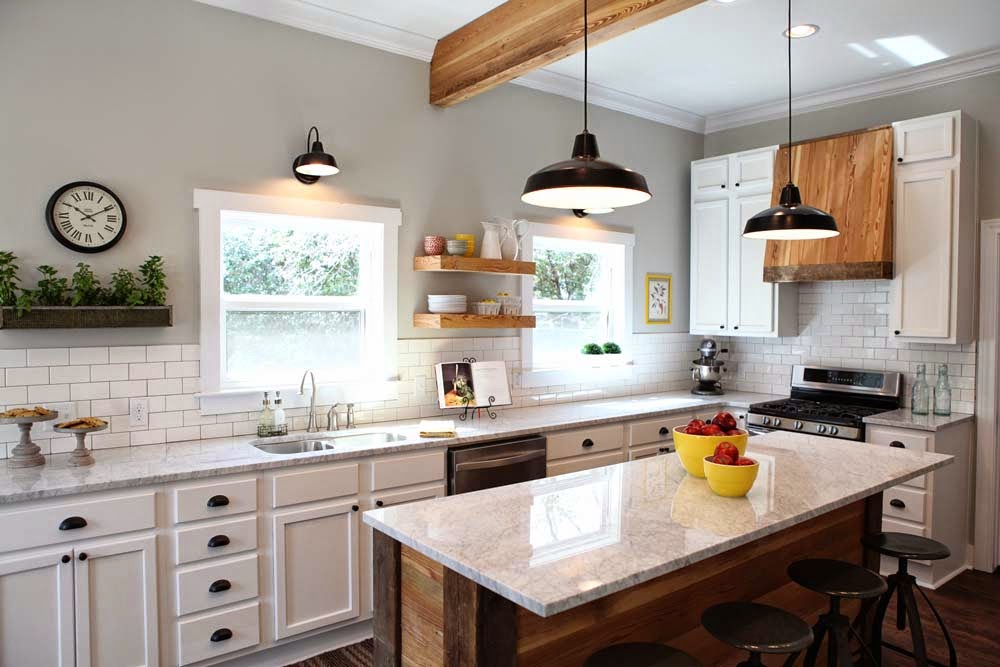 It's a husband and wife team and they are actually NICE to each other. You don't see that very often. I love all their stuff. They live in Waco, TX. That's about 2 hours from me. I now want to move there, so they can fix up a house for me.

It would actually be easier to move, than to clean my house at this point!

LOVE THAT SHOW!! Wes says I am getting too many ideas of ways to spend money and things for him to do. Looking for those exact drawer pulls after seeing the show...I had bought others - but those were so much cuter!! Decorating and updating a new house is work but fun....last night I asked Wes if we could pay Chip and Joanna to come up and work on the house...he didn't respond -- I think that that means no.

Oh ... get better soon!!! An praying that Jesse gets to sleeping better at night!! That is miserable for mom.

That is my absolute favorite show on TV right now!

Hope you feel better soon! Fixer Upper is AMAZING !! Hopefully they will do an appearance where you live! I missed an appearance once of a book signing I wanted to go to last year (a cookbook) but I have made it to some that have been so fun :)

I hope you are feeling better.......that cake?....I think I comment every single time you show a cake your niece has made....she has mad skills!!! Does she want to continue with this? Make it a career? She is very talented!!!!

Moms On Call, stat! That really helped with baby #2. Hope you're on the mend soon!