I am already seeing differences in having a boy vs a girl. 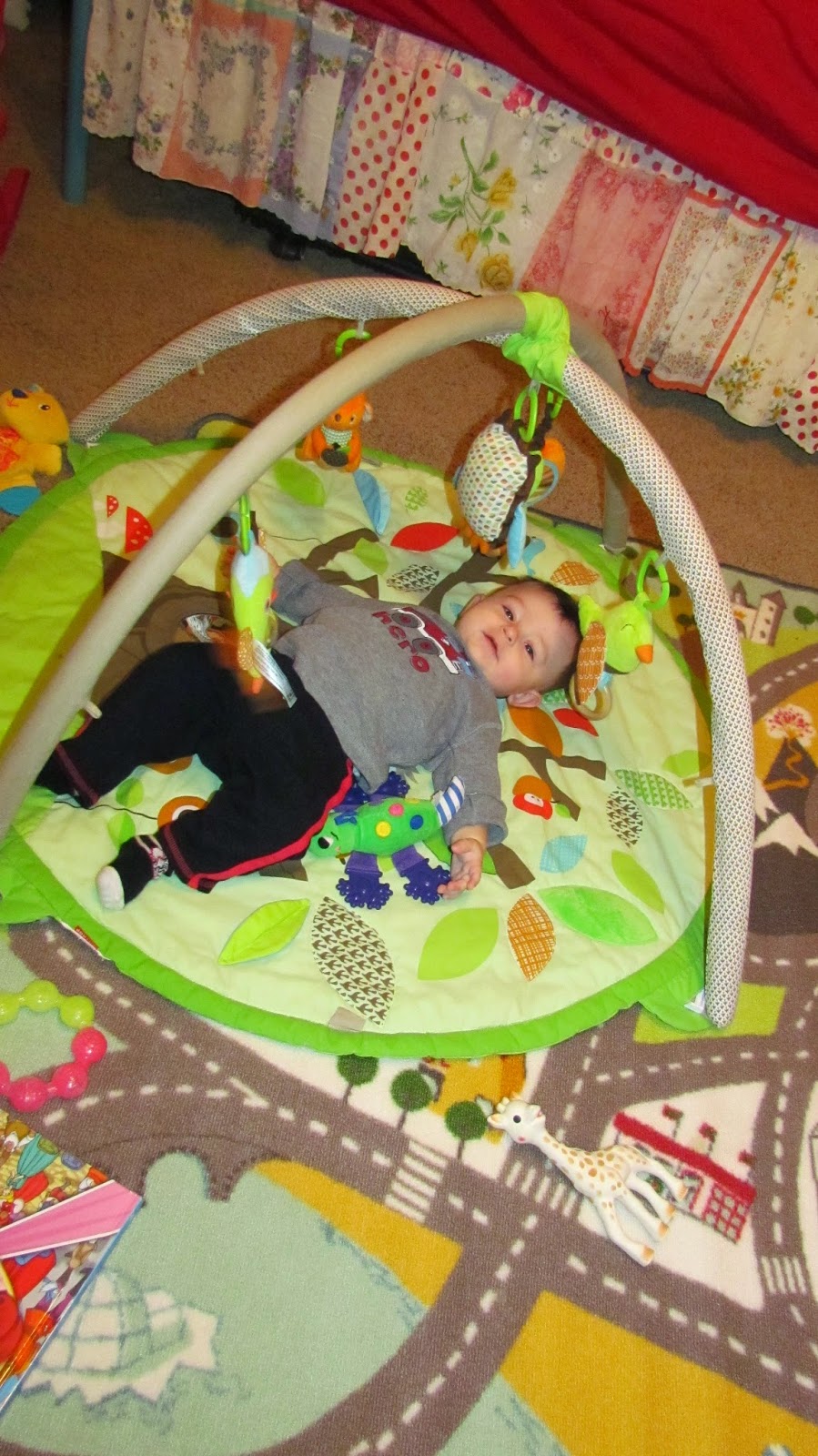 I left Jesse alone for a second in Katie's room and he dominated his play mat. 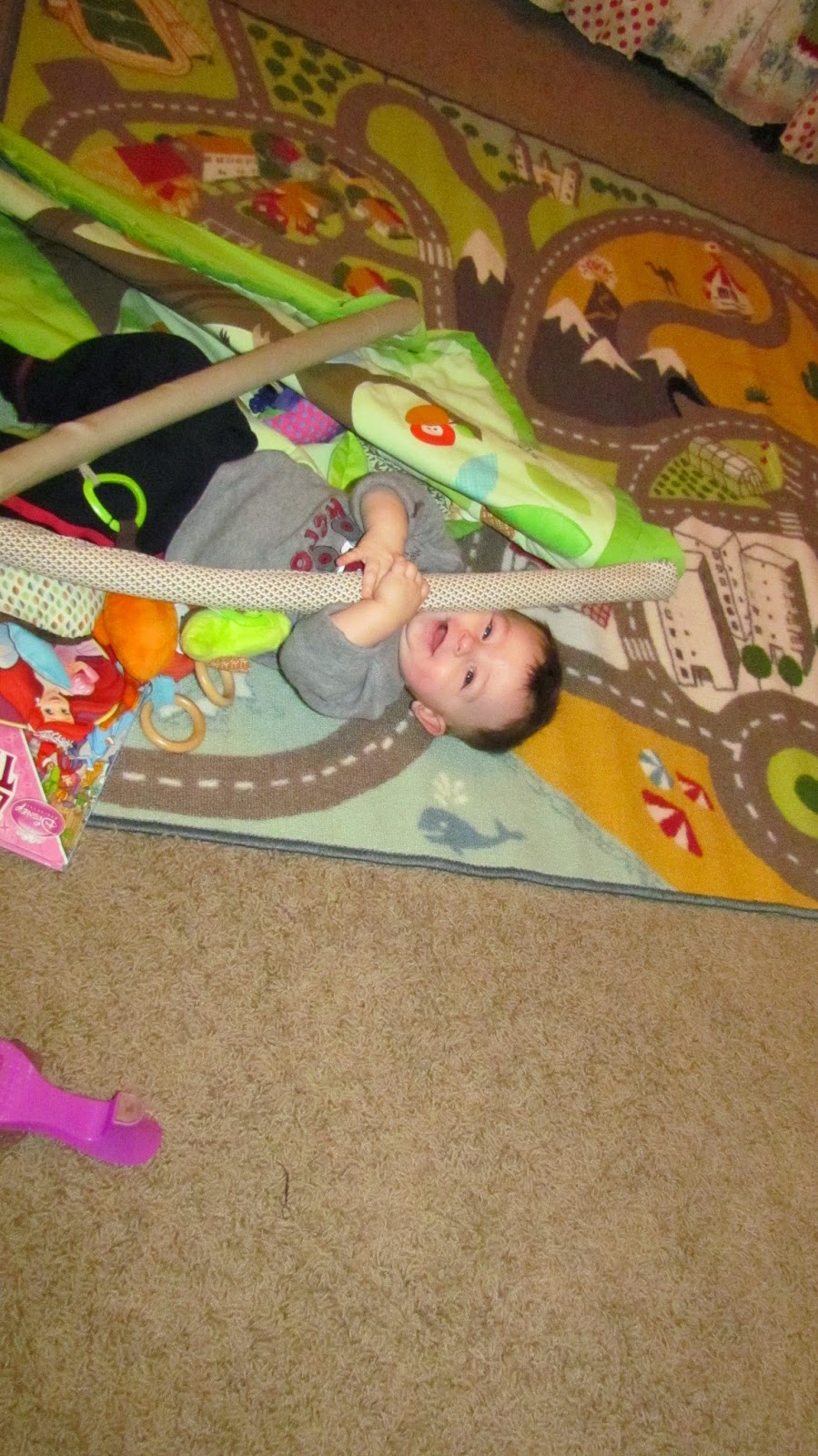 He was super proud of himself! 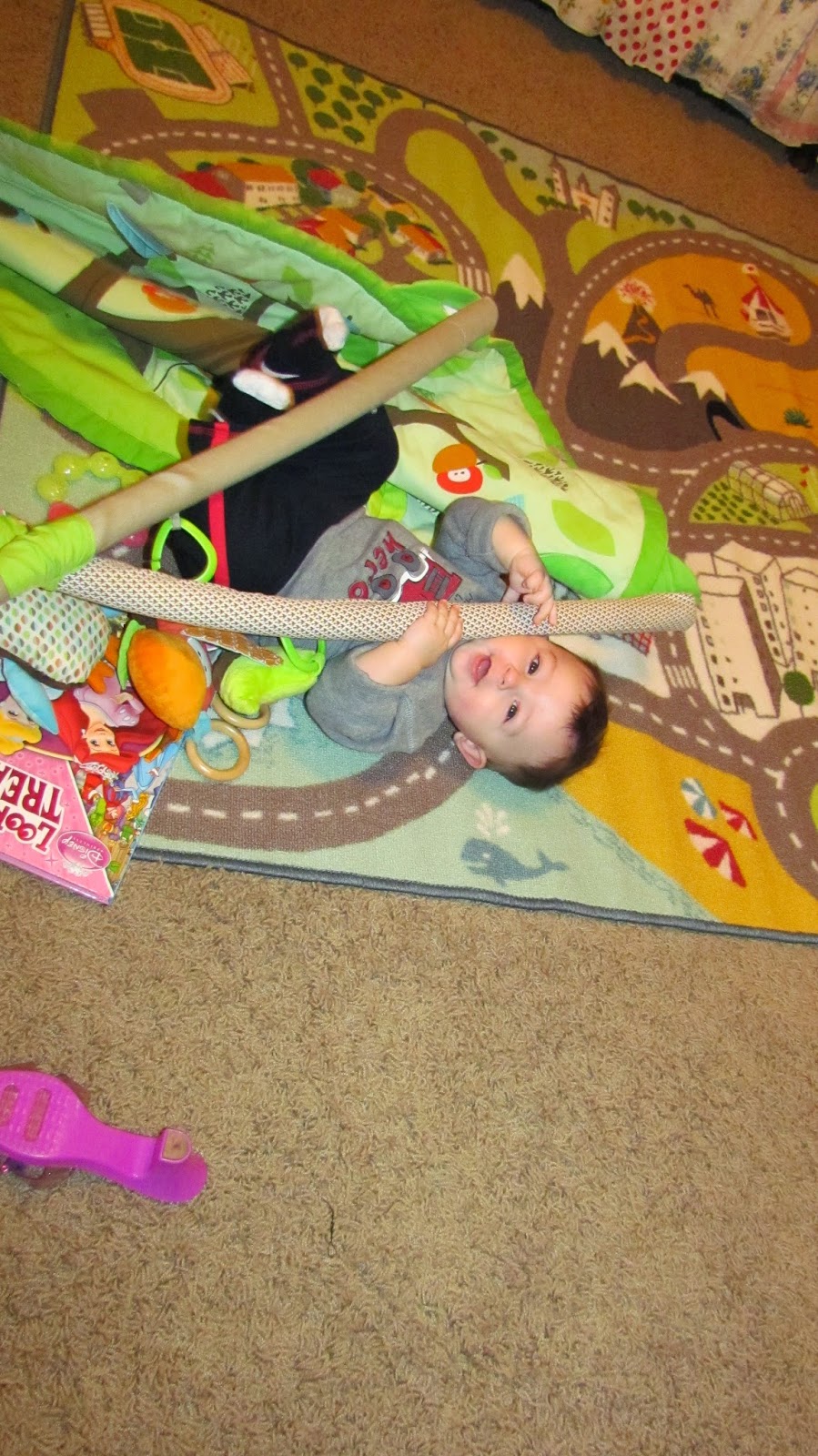 My sister got Jesse these Ahh-Dorable Woody PJs.
Katie told everyone Jesse's name was going to be Woody before he was born. 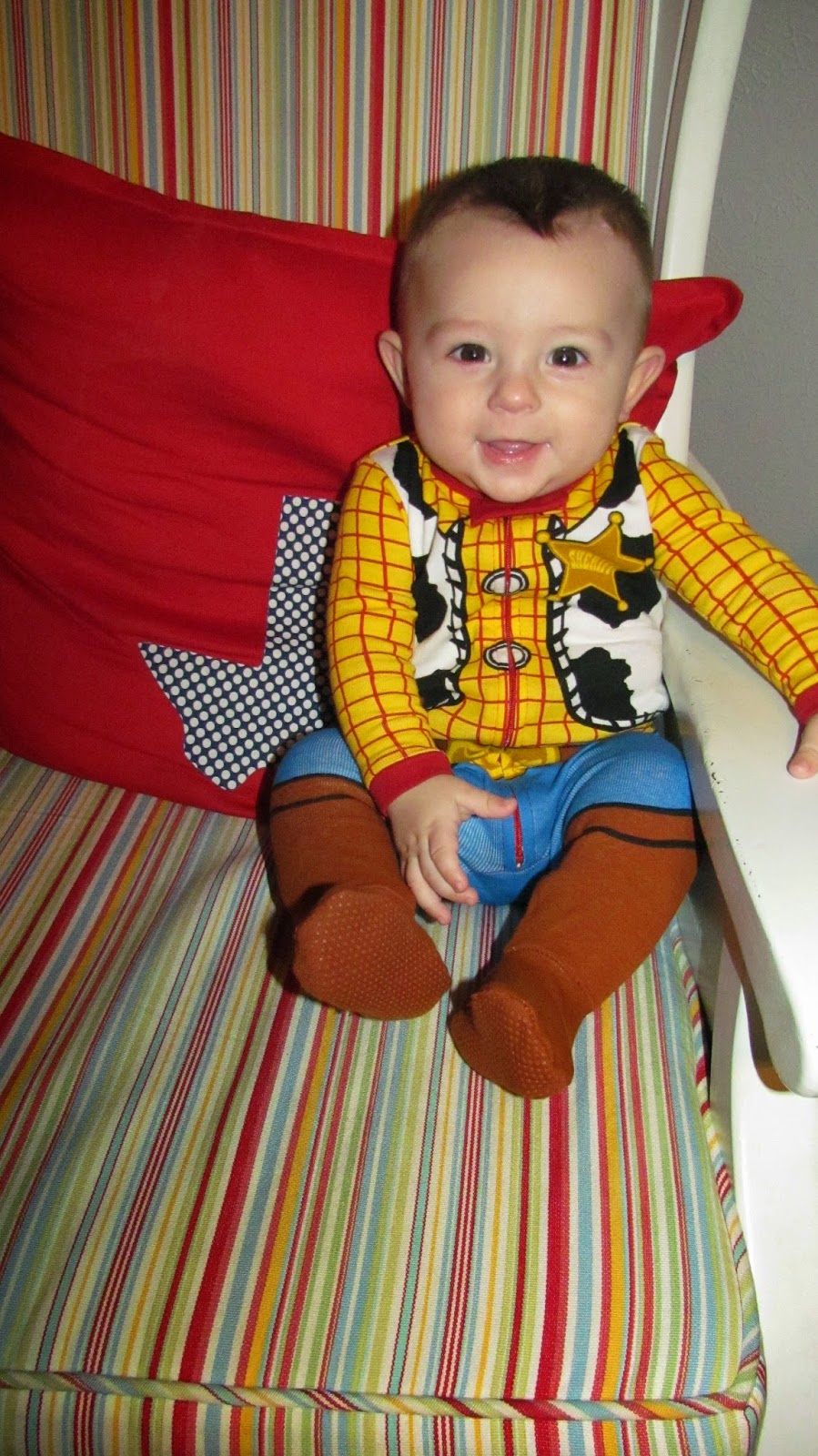 Then Katie said his name could also be Buzz Lightyear or Jesus.
So we compromised. Jesse is Woody's sister's name (I don't love that) and it's kind of similar to Jesus. It's a Bible name and Jesse was Jesus's great, x's a bunch, grandfather. 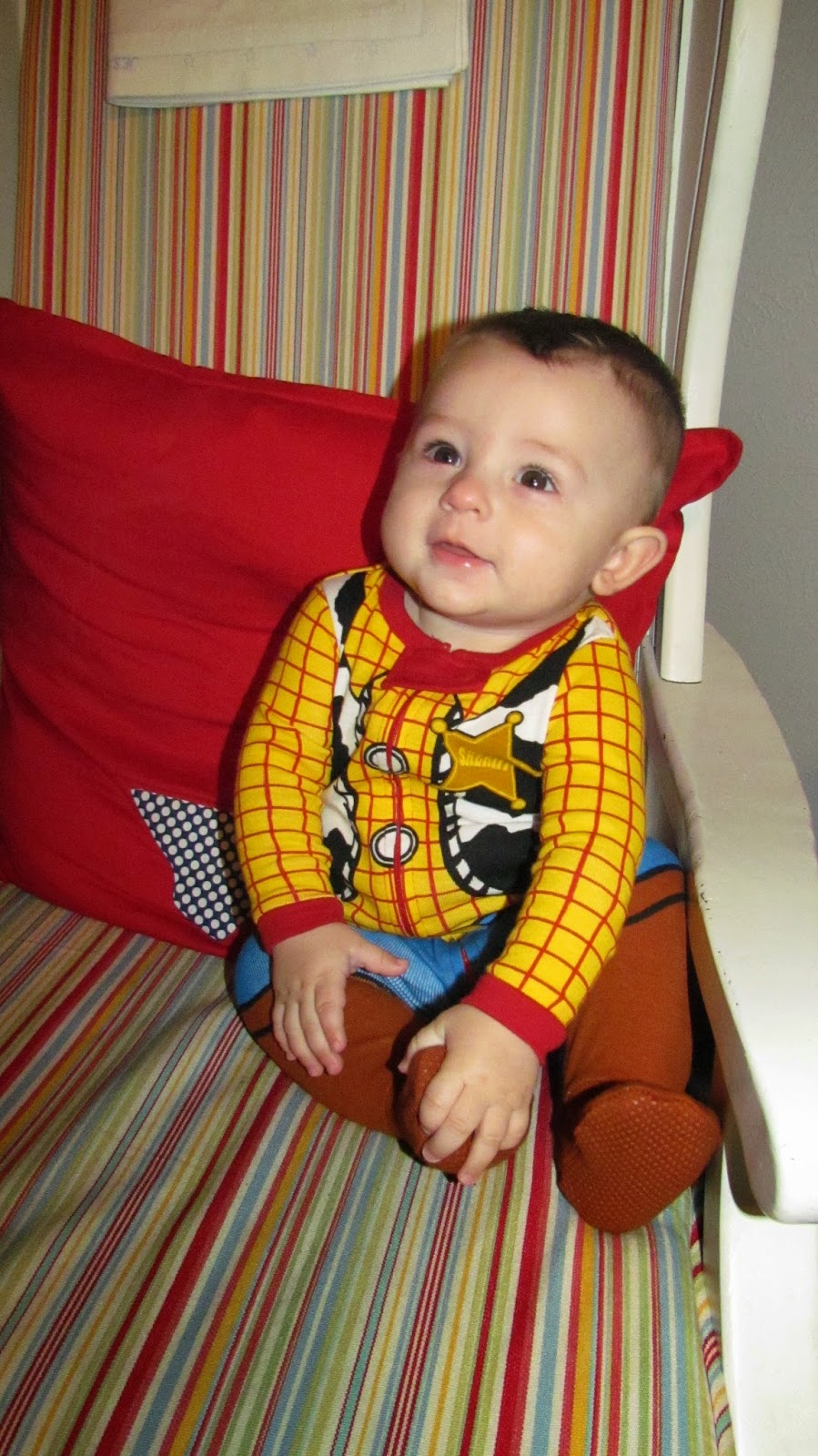 These made me laugh out loud when I put them on him! Oh and Marcus shaved Jesse's head the other night. I need to get a better picture of his 'do. He cut about a pound of hair off. I didn't get any pictures because I was too busy having the nervous giggles and sweats as it was going down. 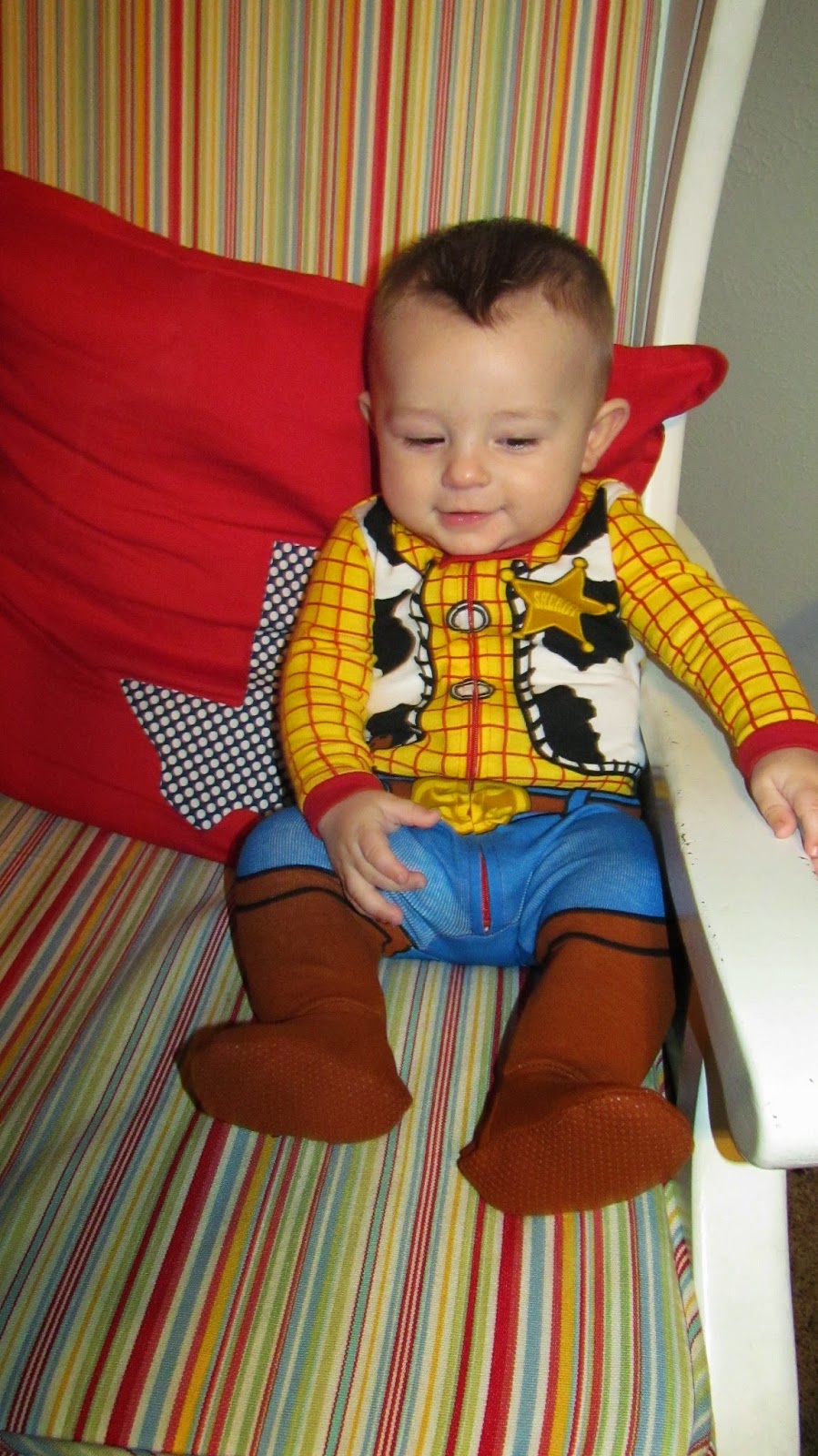 Those pjs are the best!!!