The Pumpkin Patch is a tradition every fall. And we always have to go with the Osbornes. We will do this with our kids until we have grand kids! 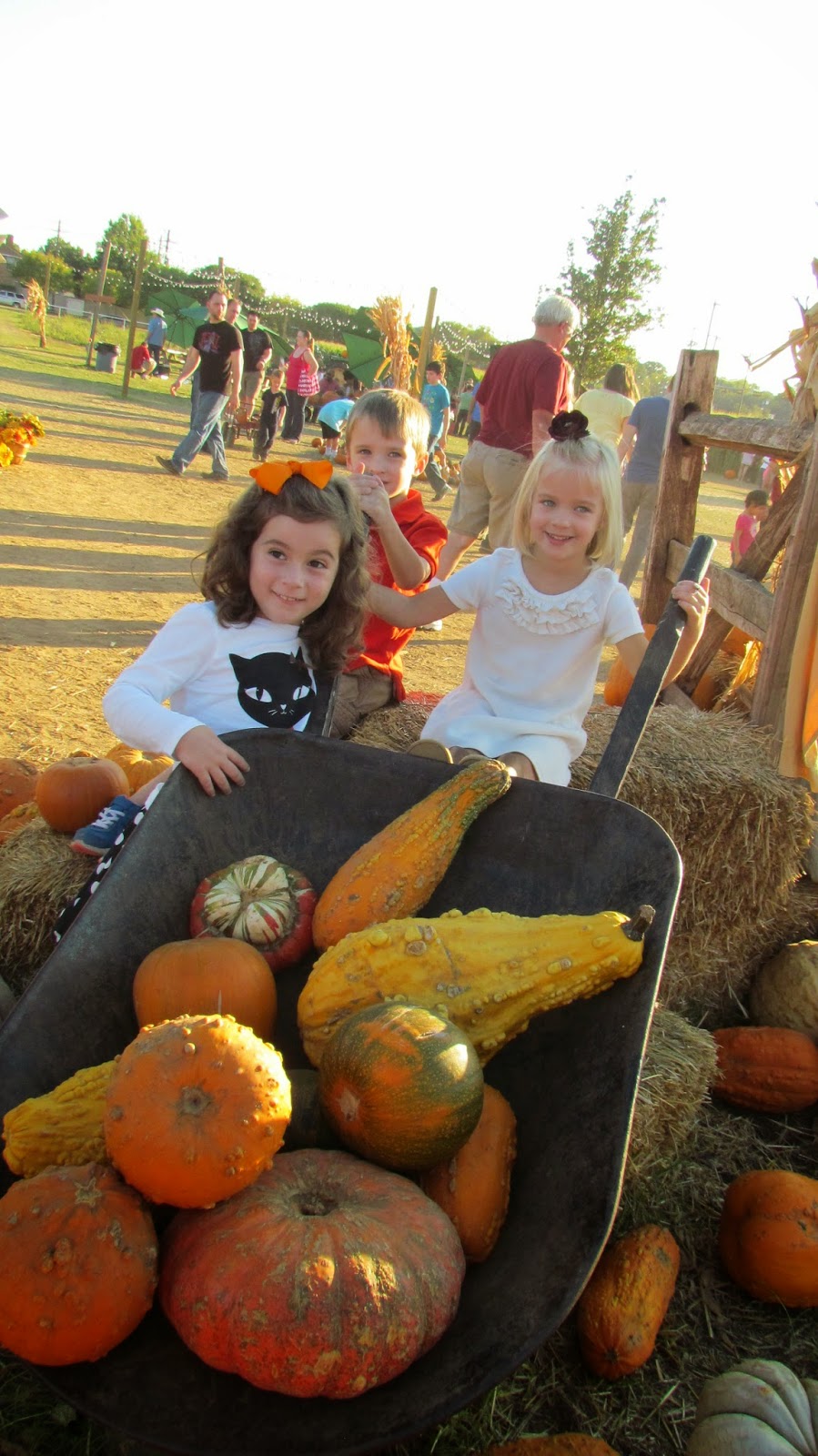 And Katie, Drew and Charis in 2010.
Katie was brand new at 3 months old and the twins were 10 months old. 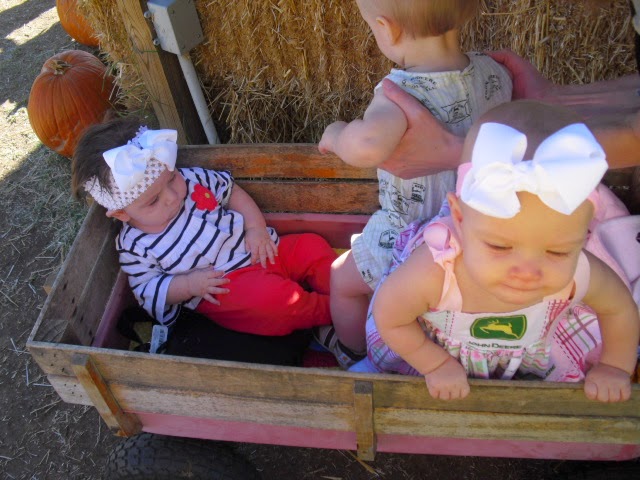 And this year they had a little addition to their gang!
Jesse's first pumpkin patch. 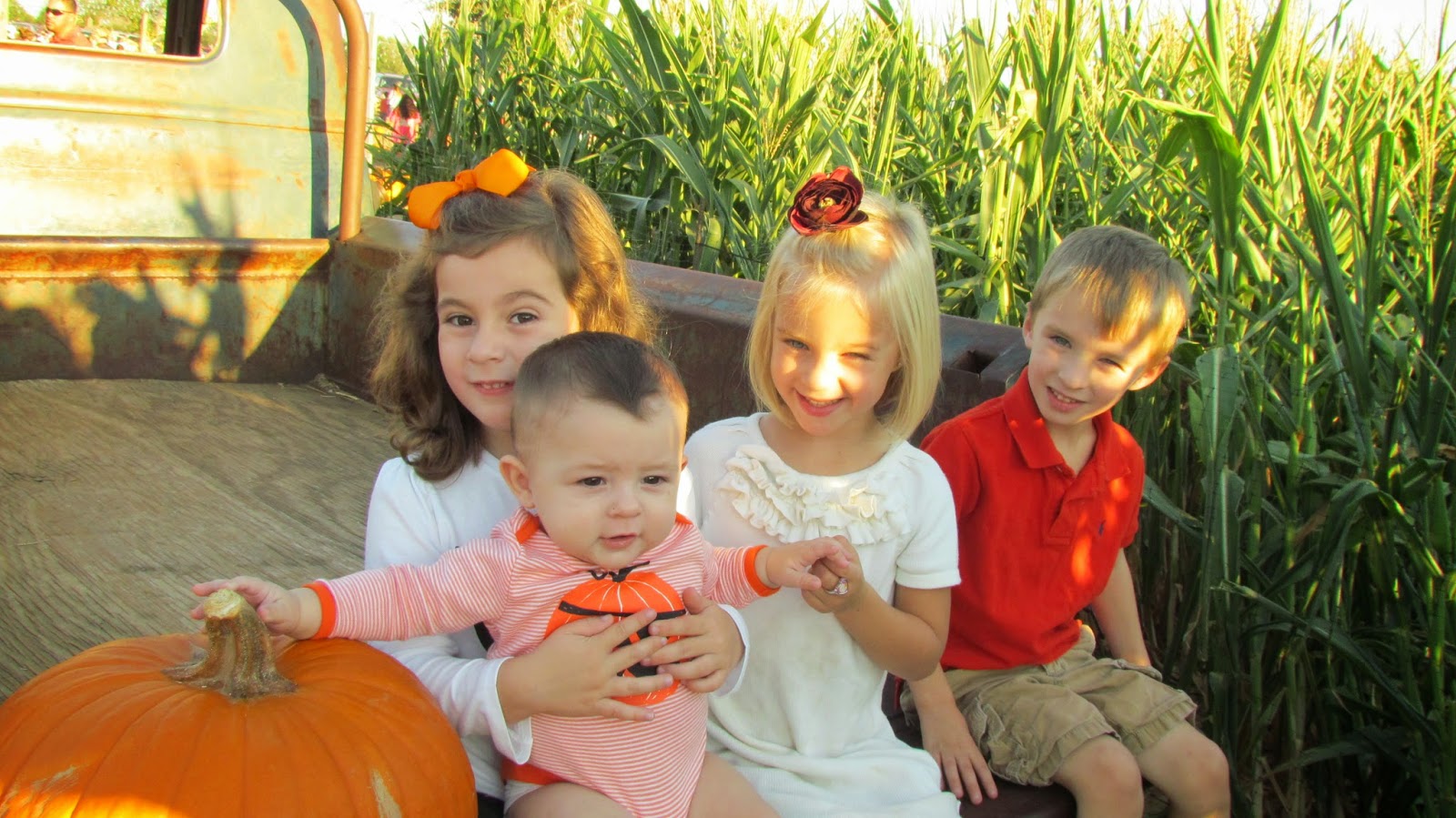 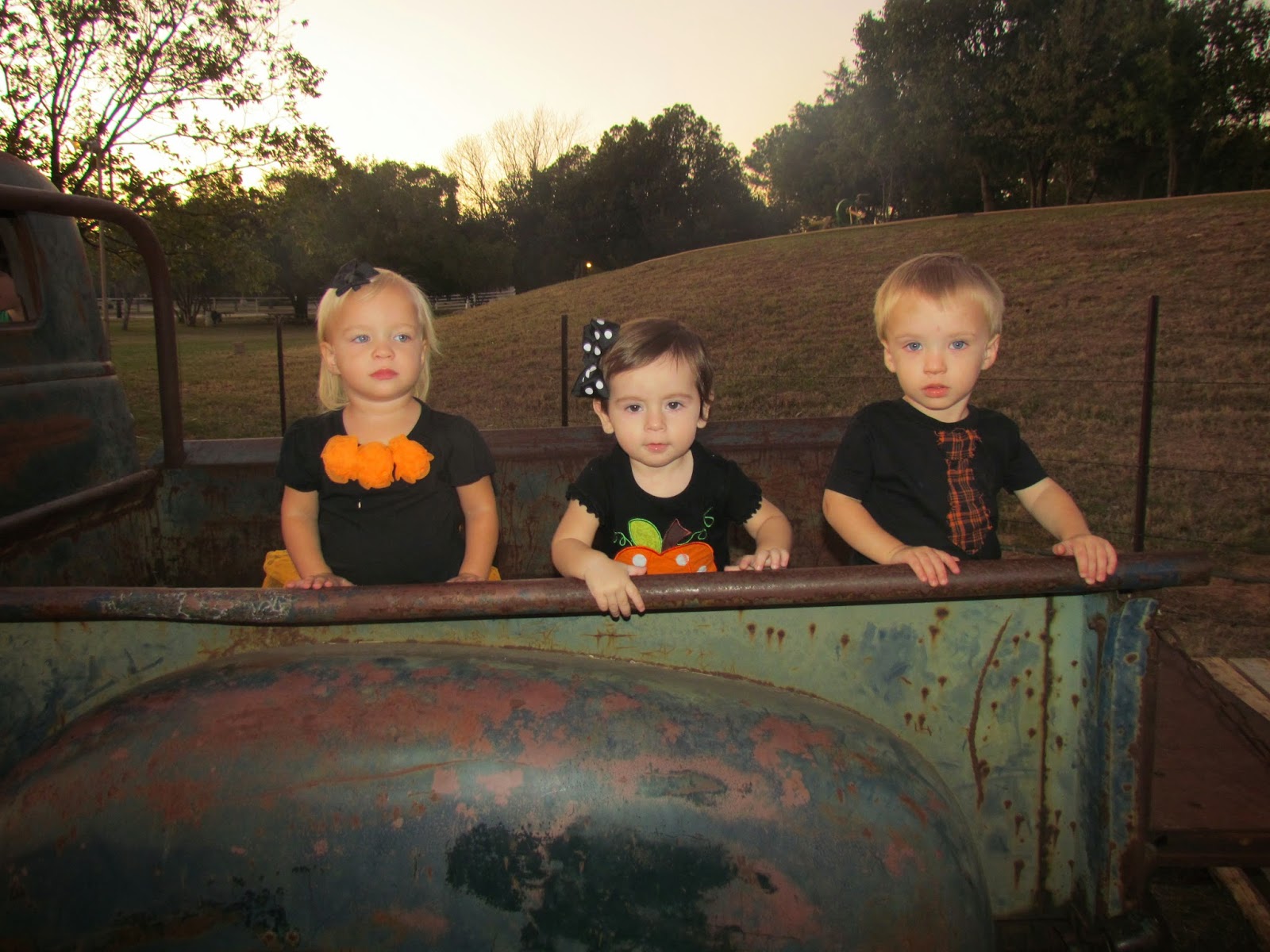 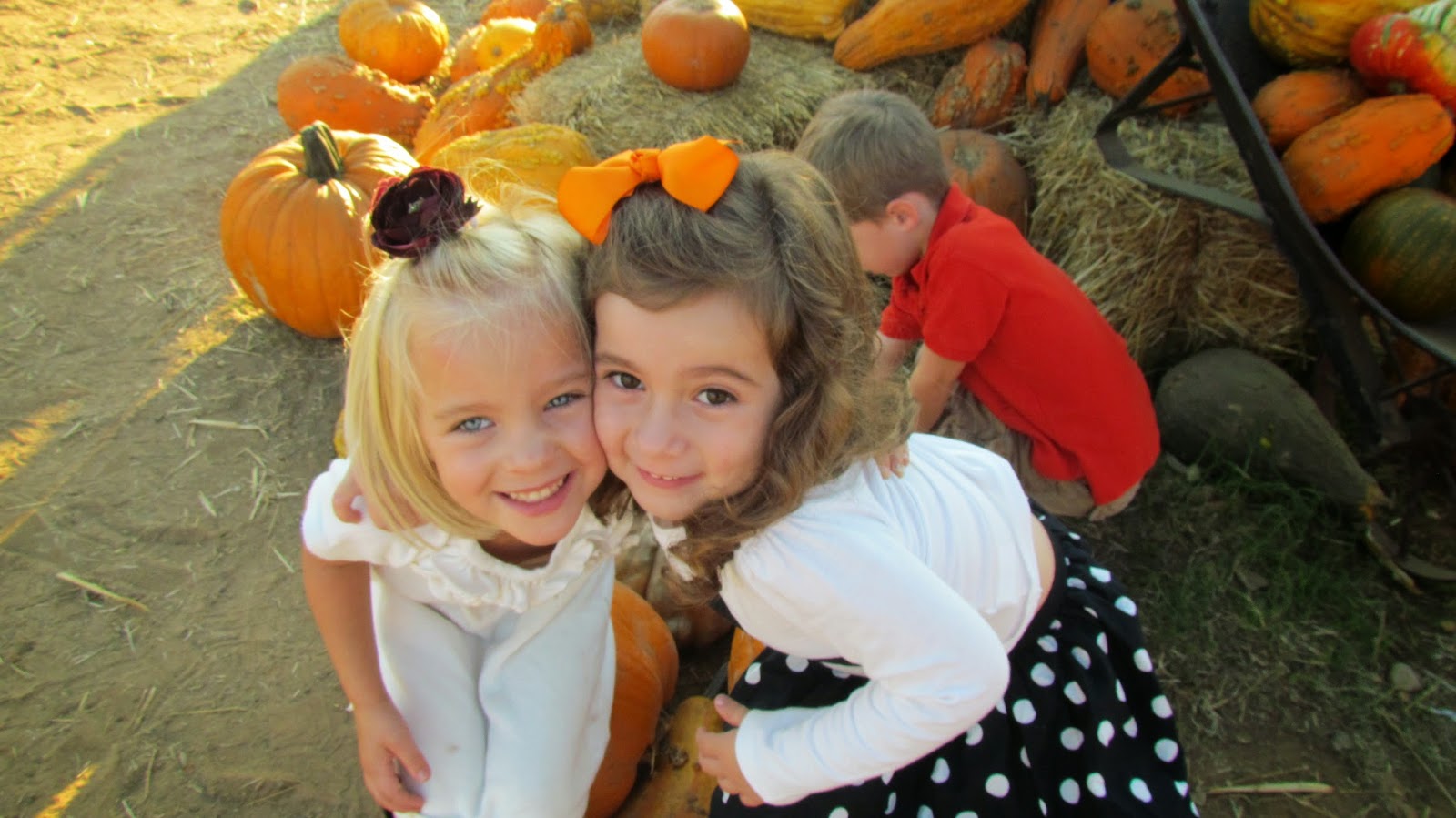 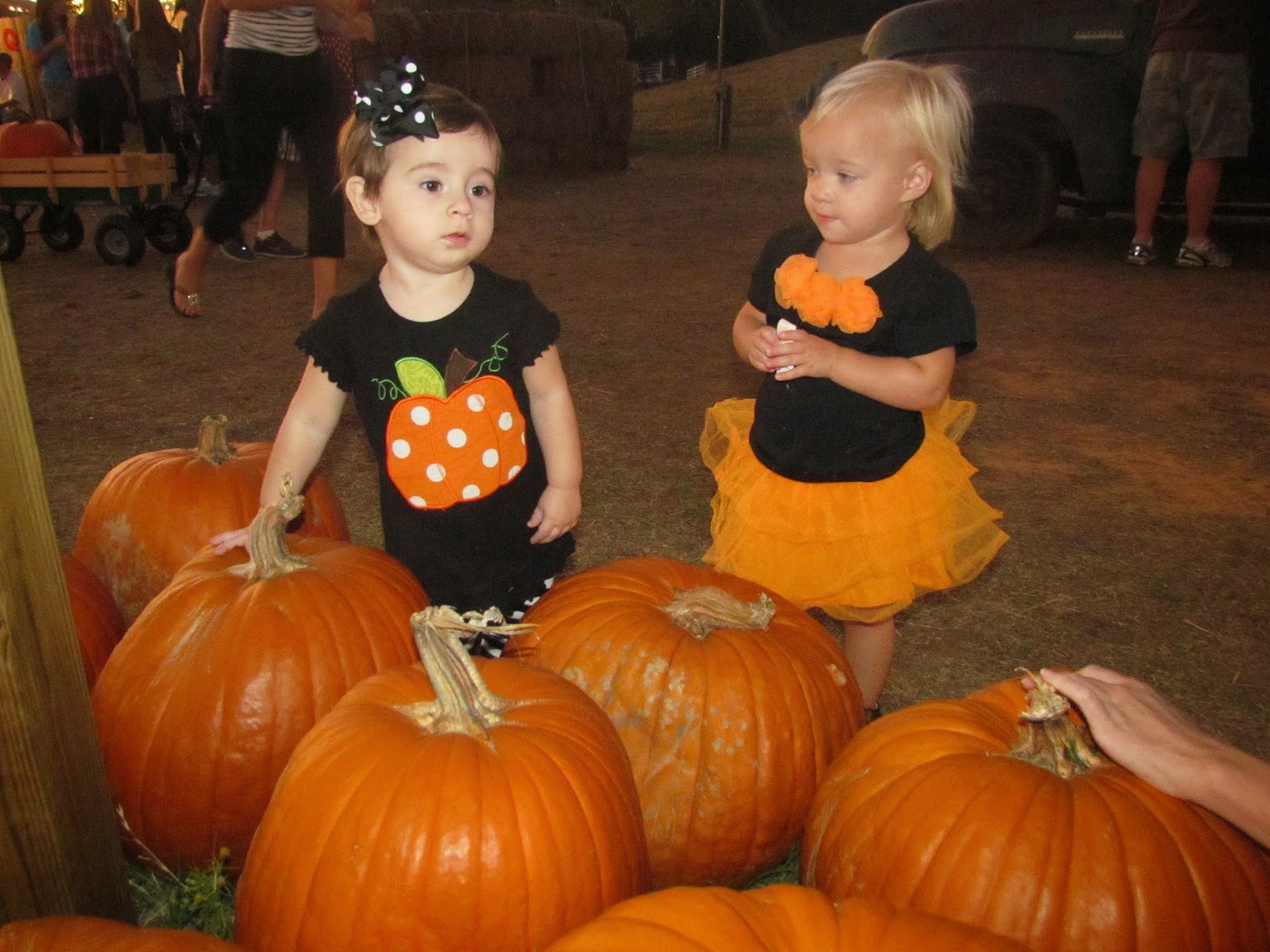 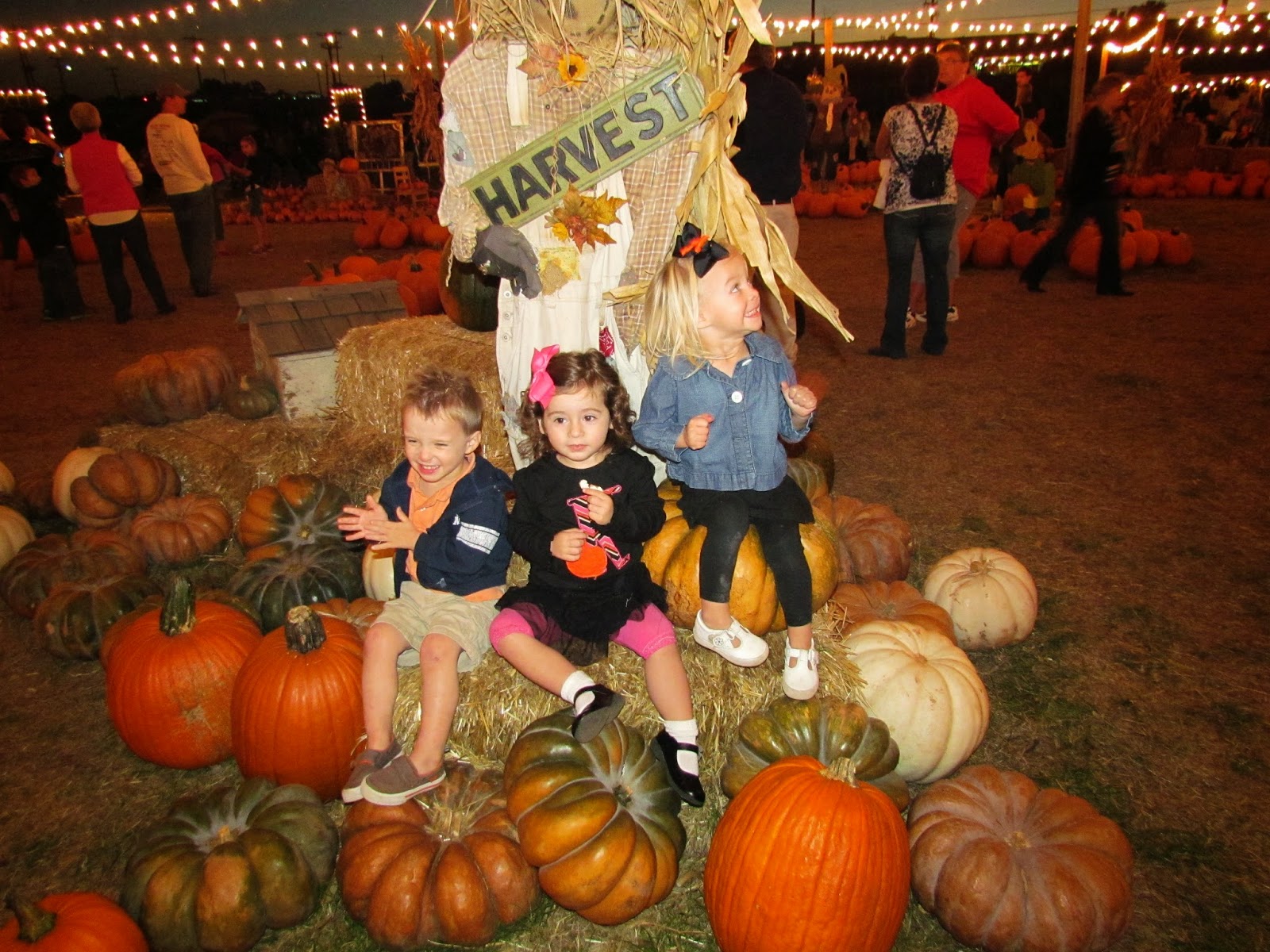 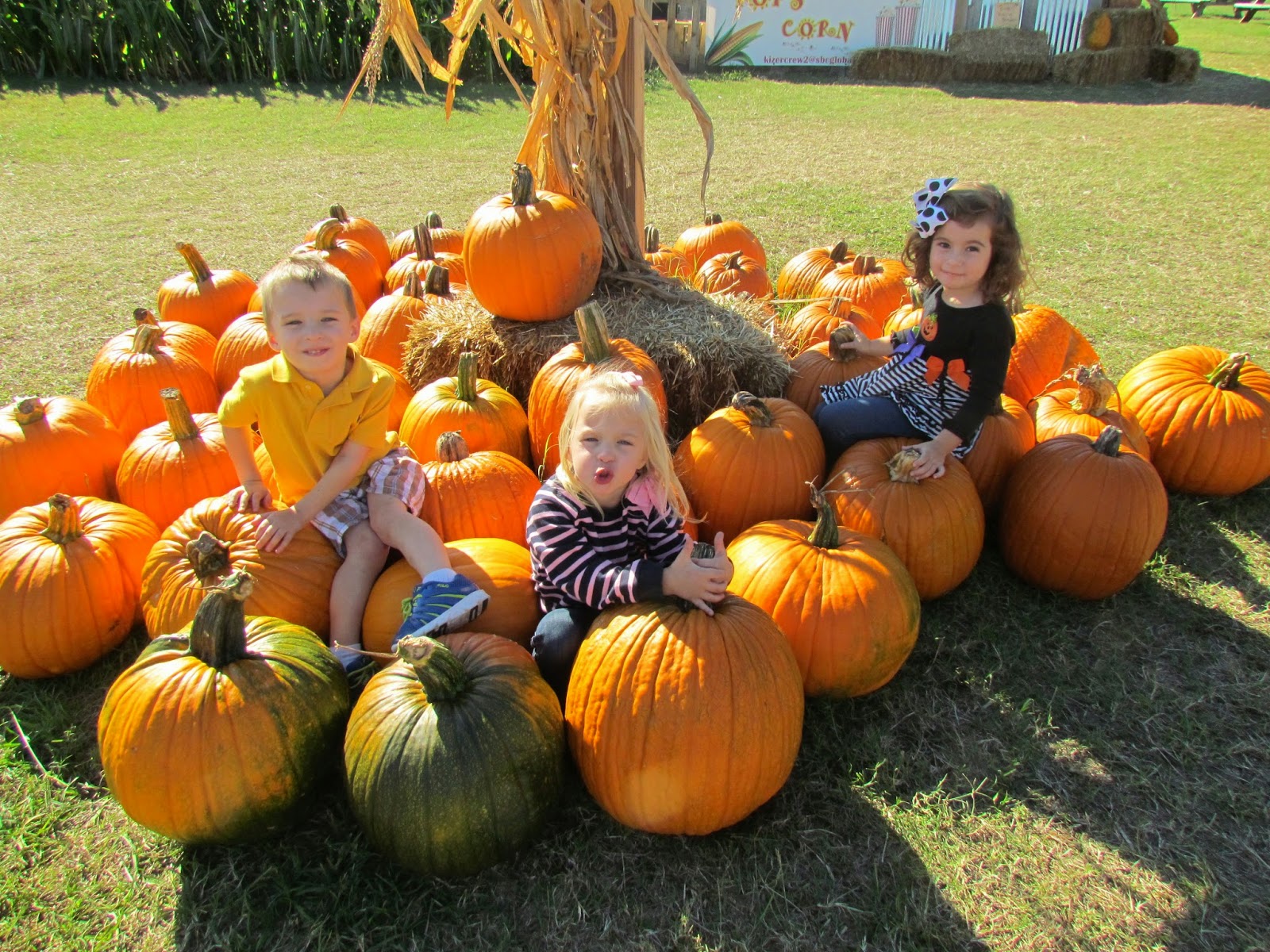 My little pumpkin this year: 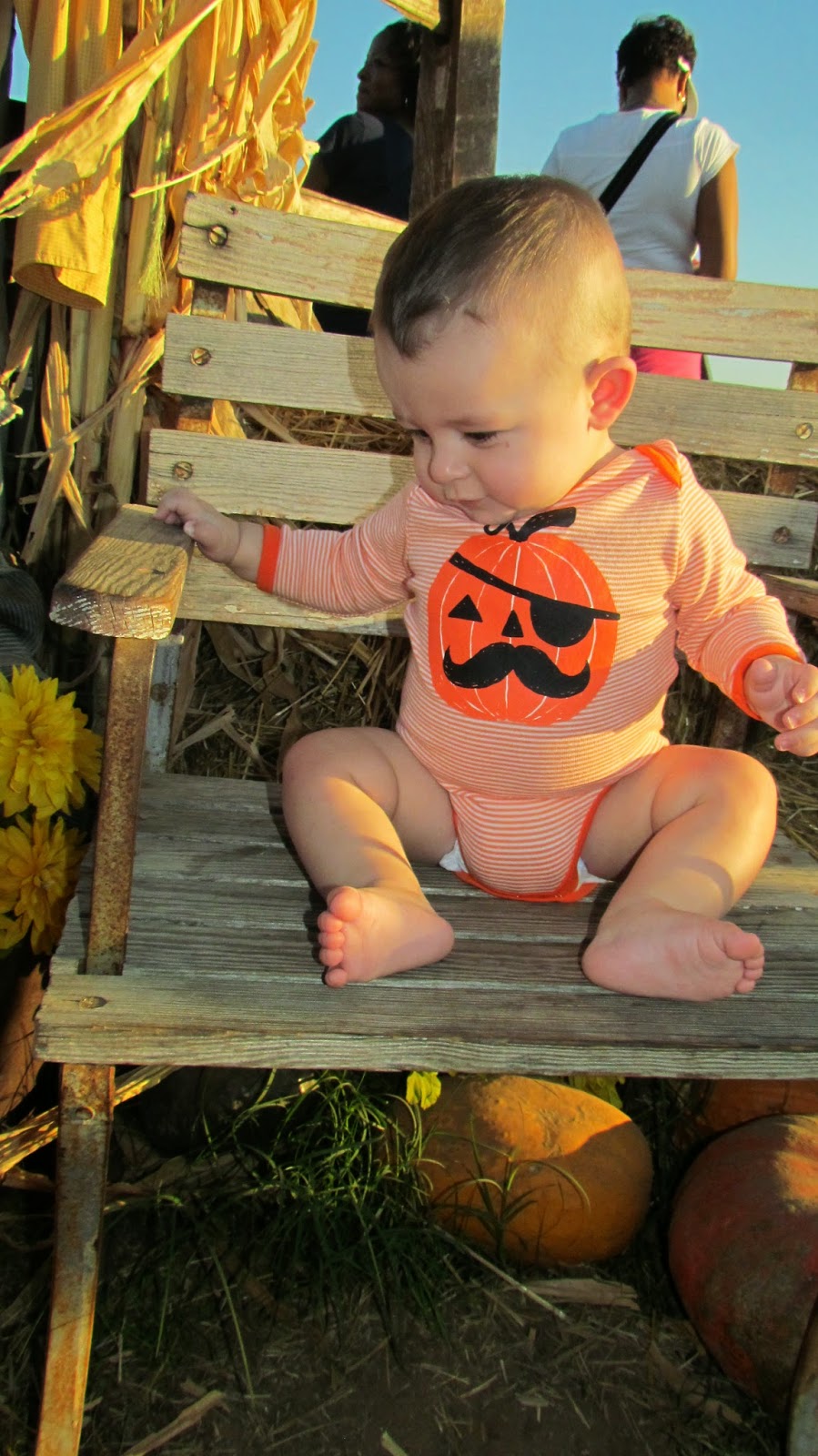 Courtney's going to have to have another baby, so Jesse has a friend to grow up with! 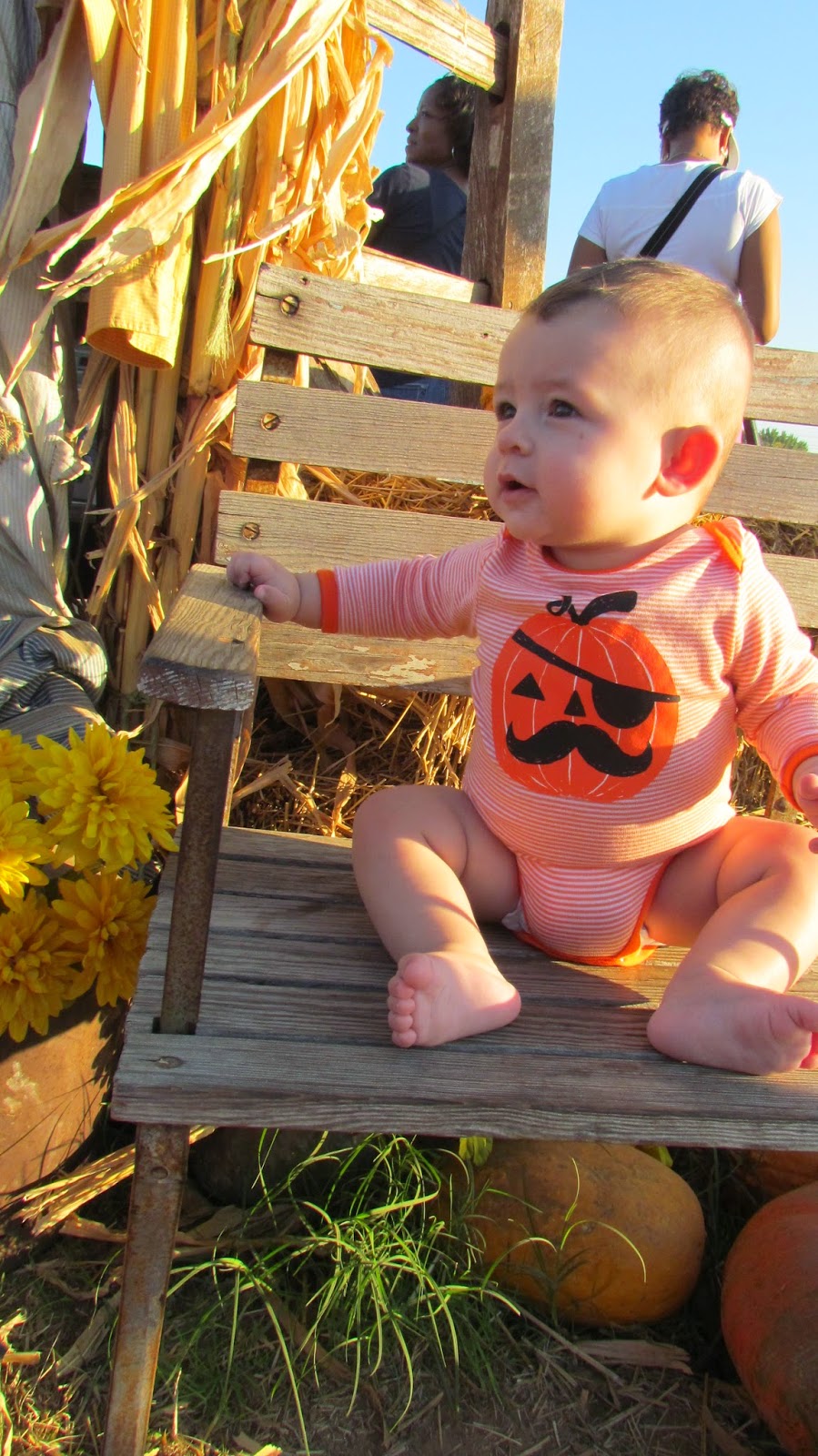 His personality is even cuter than his face! 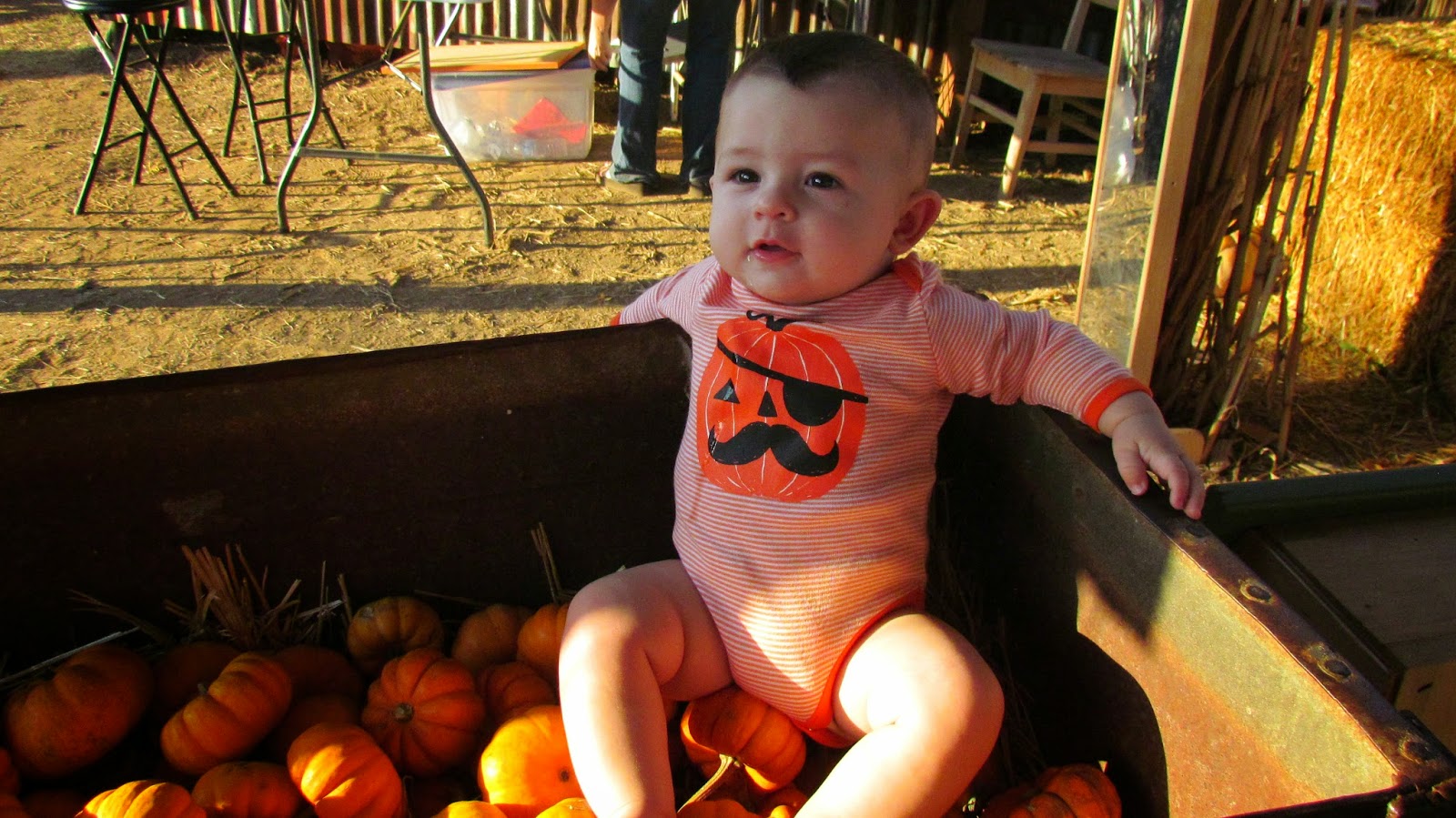 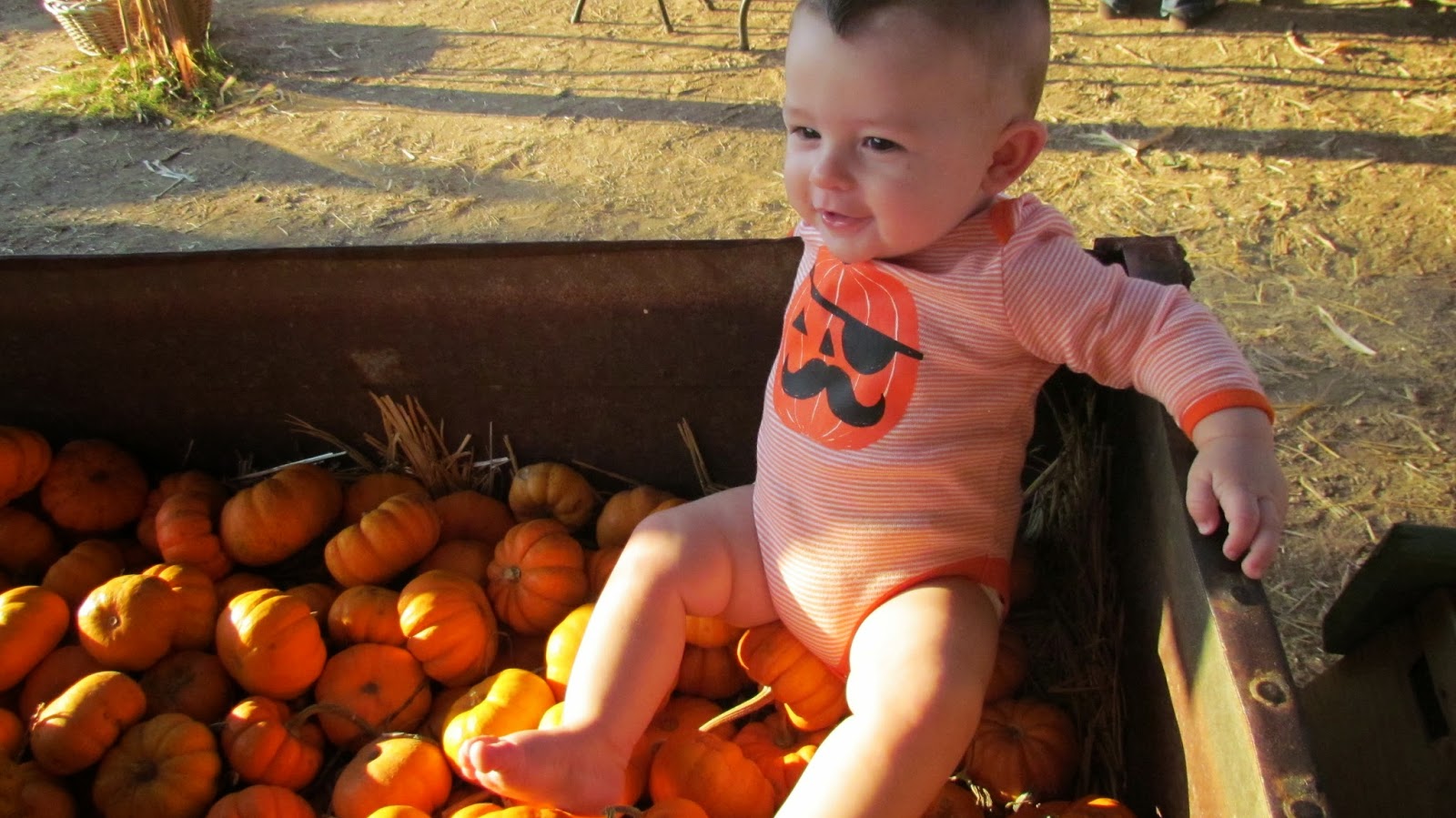 We always go to Hall's Pumpkin farm in Grapevine. We are actually going back this week. It was a steamy 90 degrees and super crowded when we went on Saturday.
We want a do over!

oh my 90 degrees in the fall is insane!! We had 80+ degree weather this past weekend and they're screaming that dumb S word this weekend. Weird Mother Nature, you are weird!!!
And as always, your Pumpkins are darling!!