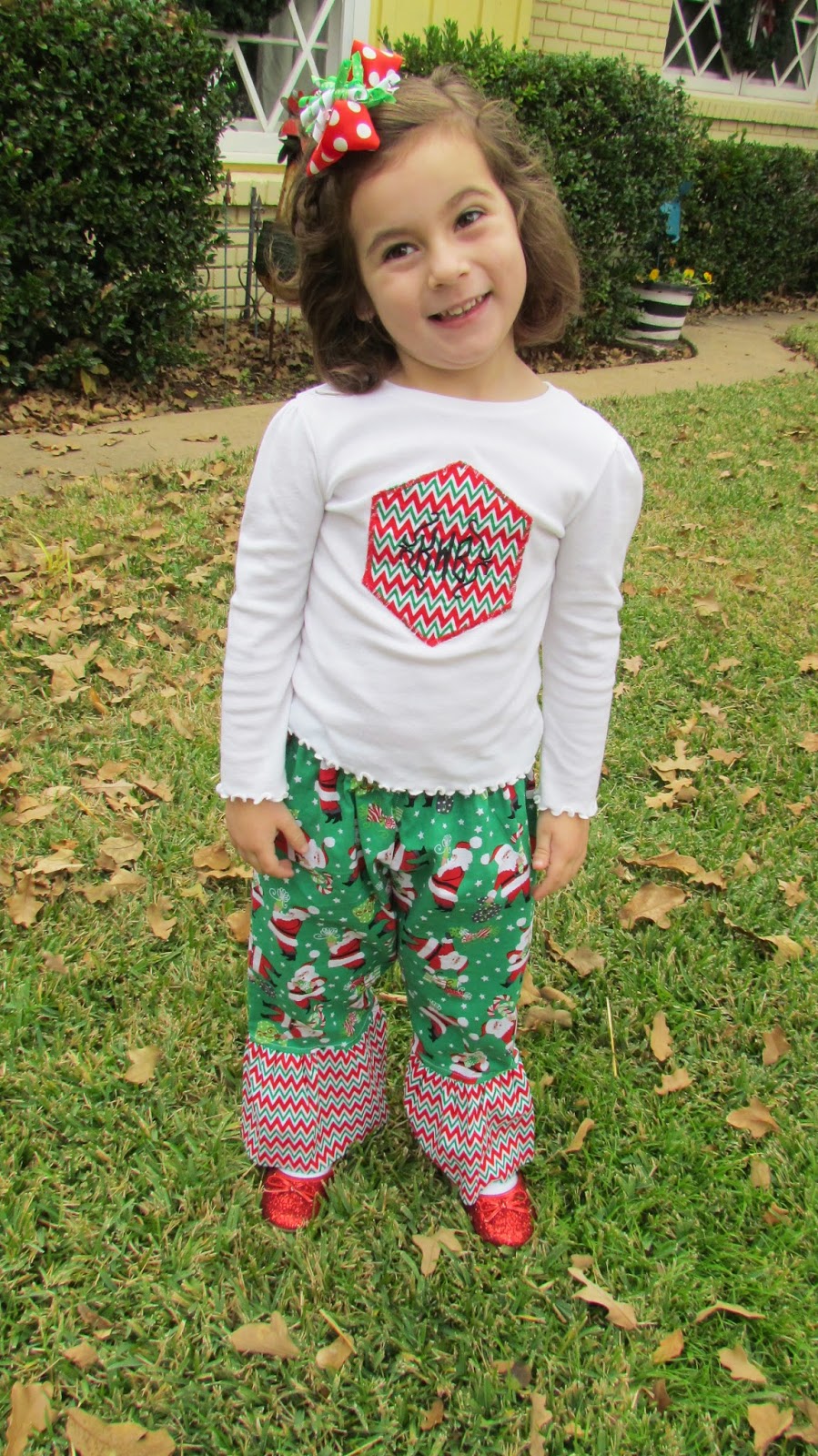 This month has been super busy, but we are enjoying all the Christmas stuff we can pack in!
While still staying focused on the reason for the season. 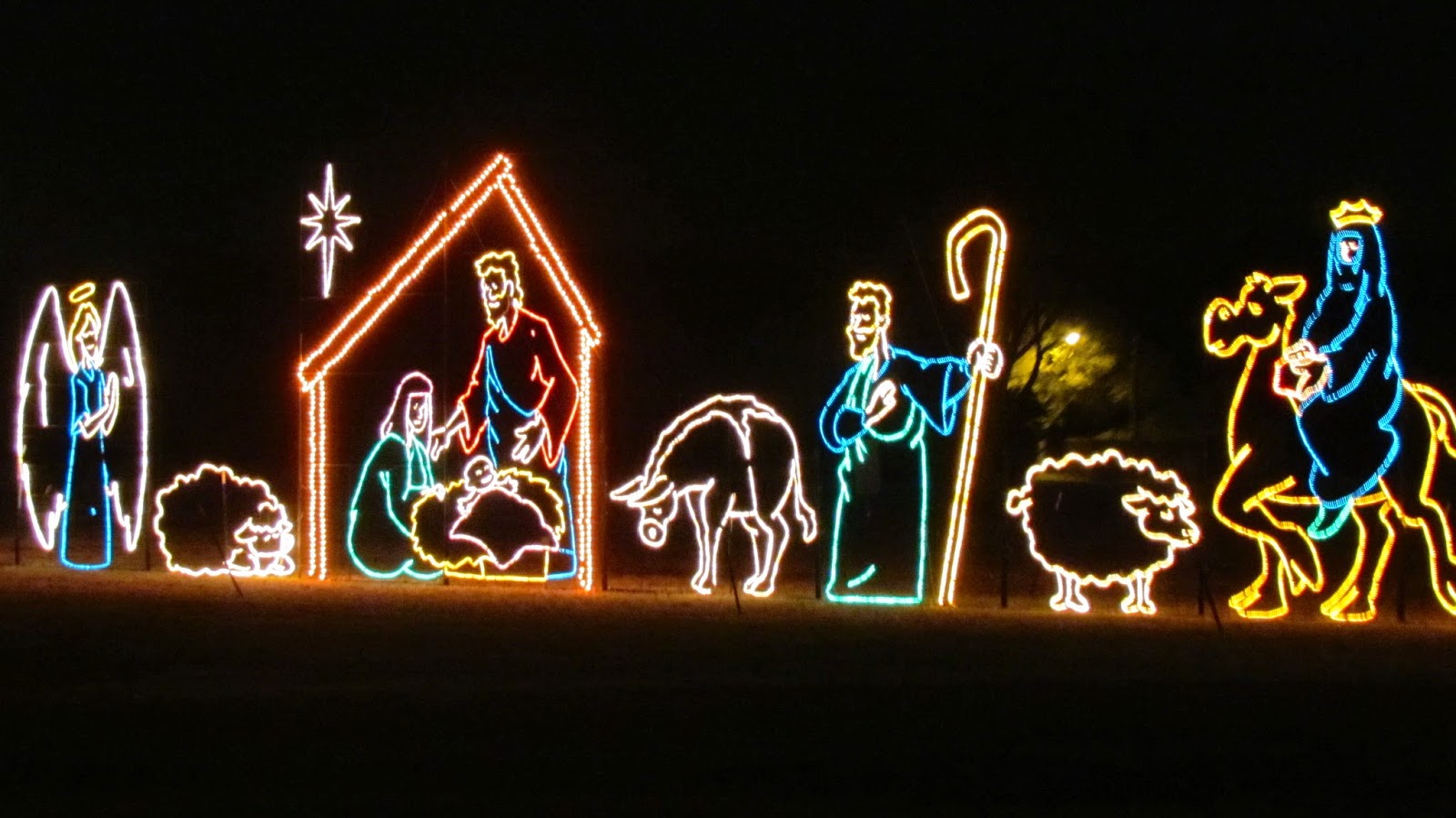 We love going to Prairie Lights.
Pictures don't do it justice,but there are millions of light displays set up. We went with Marcus's family last week and had lots of fun. Katie drove us around! 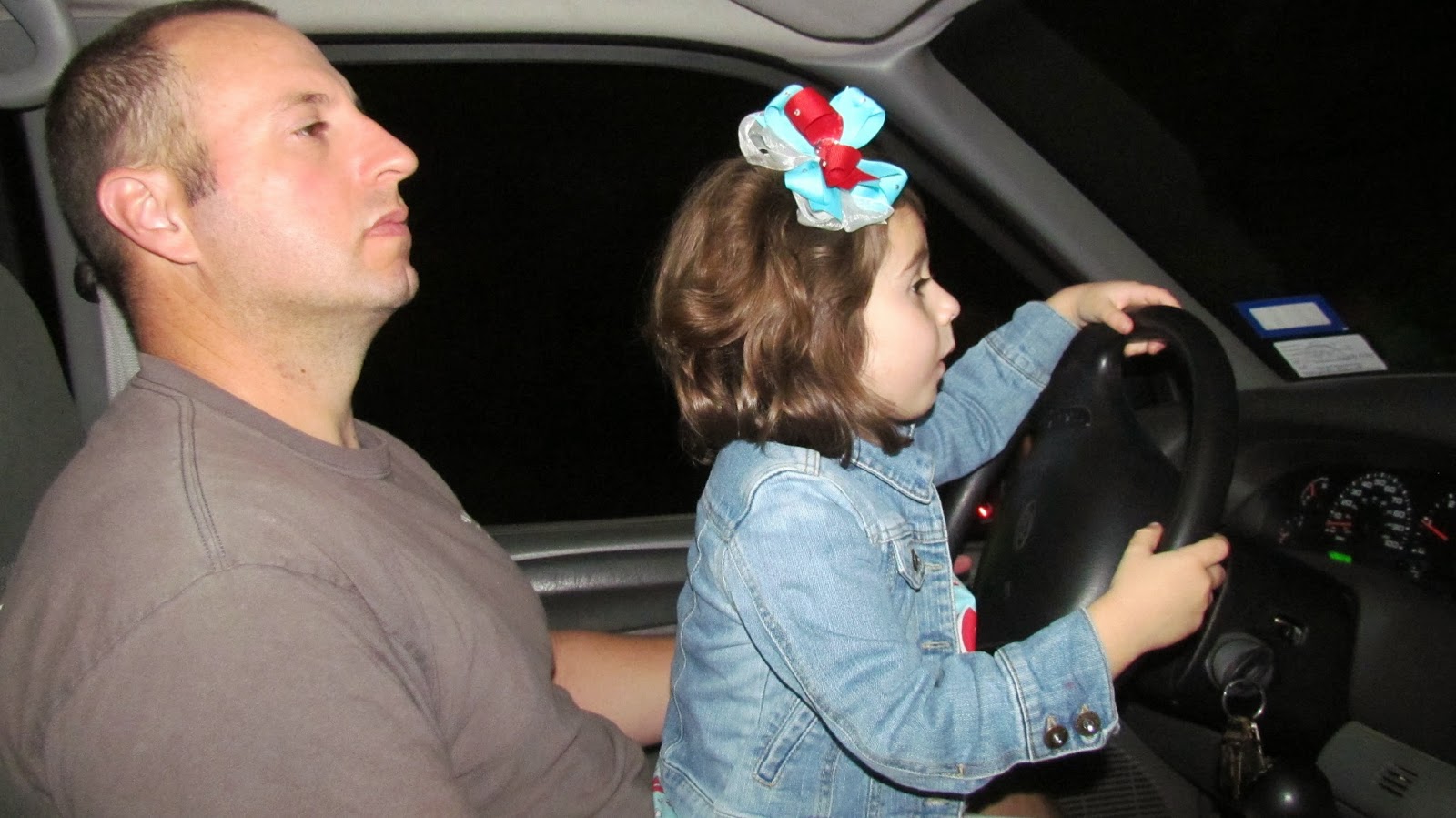 We rode the merry go round: 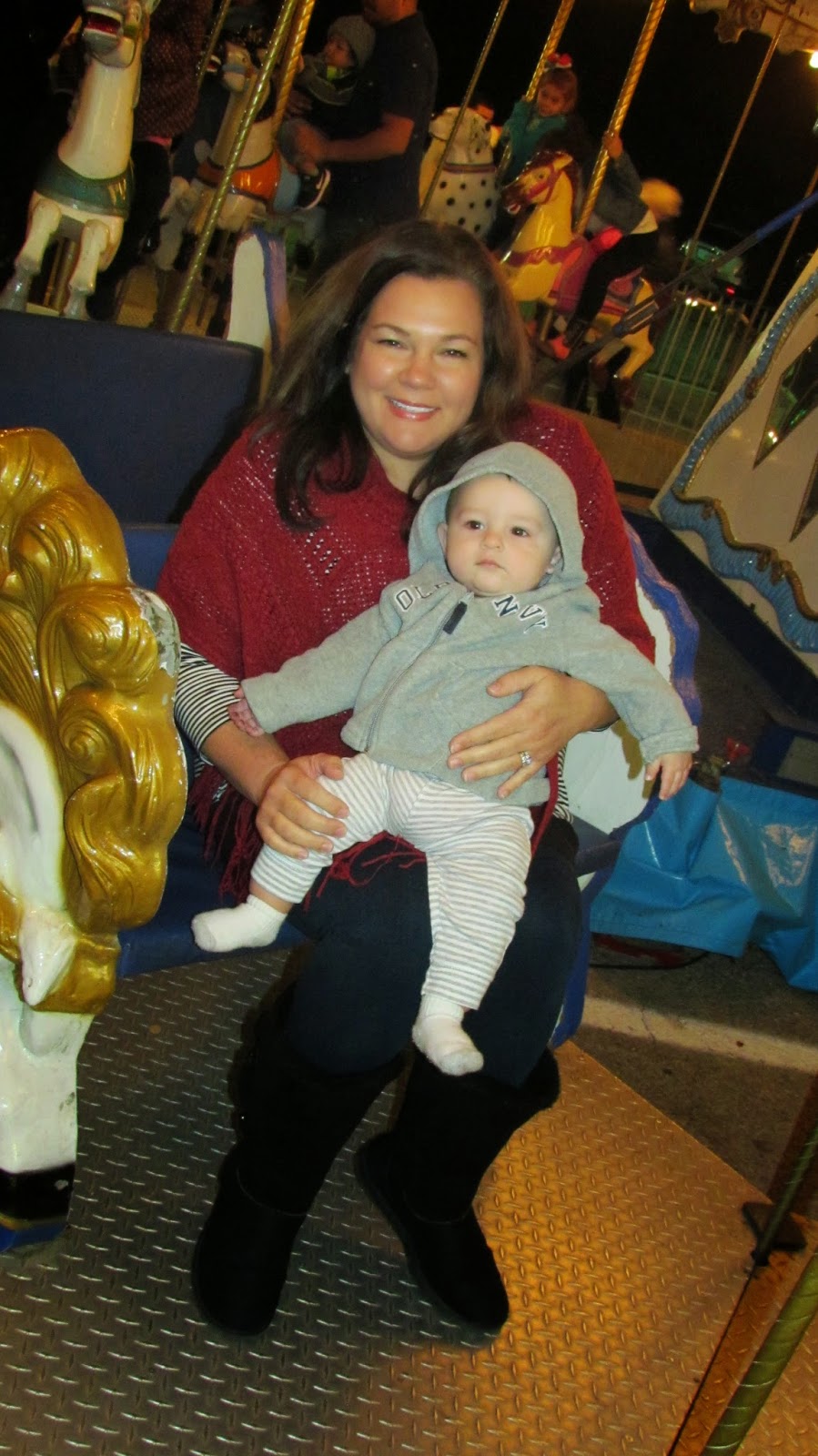 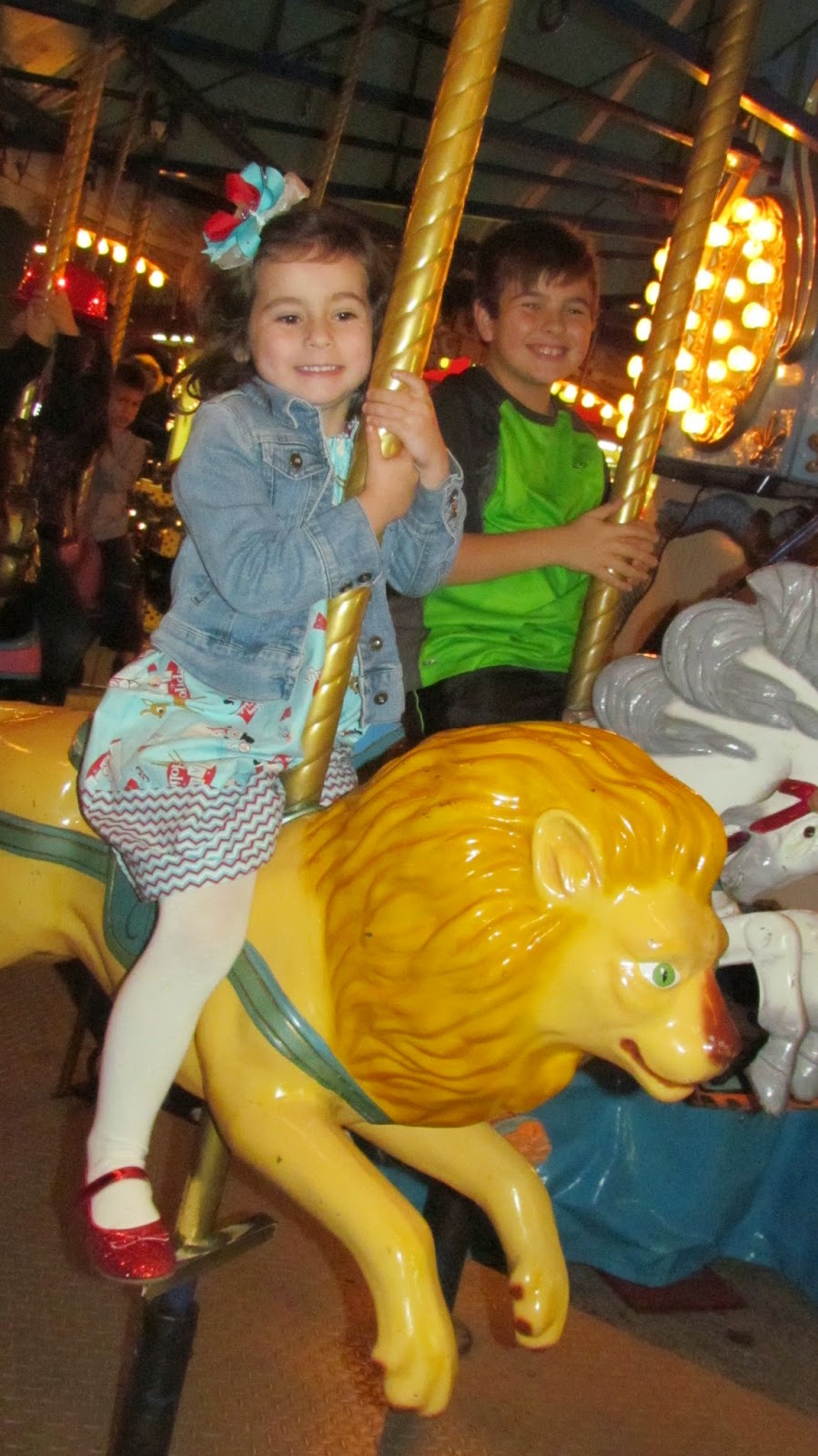 And then the crazy spinning bears. 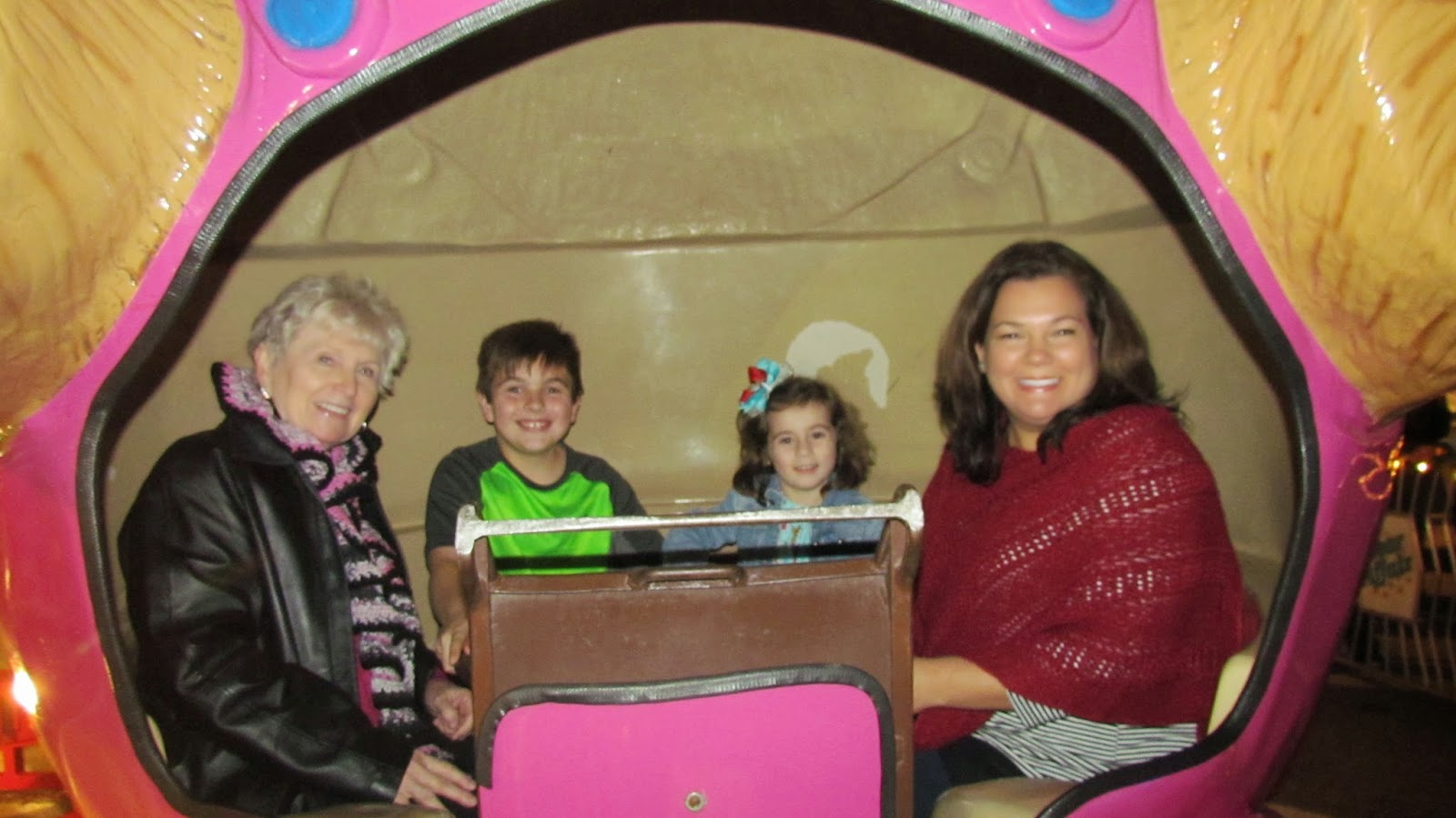 It brought us back to when we were all on the teacups at Disney World earlier this year! Except the bears were old and a little bit grody. Nothing at Disney World is grody. 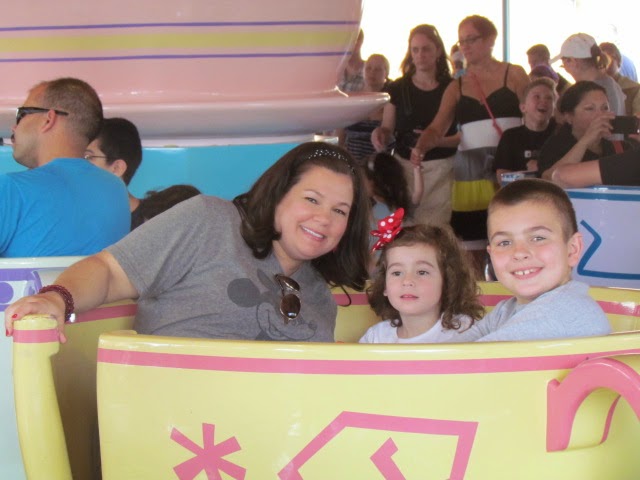 baby Jesse is in that teacup too! 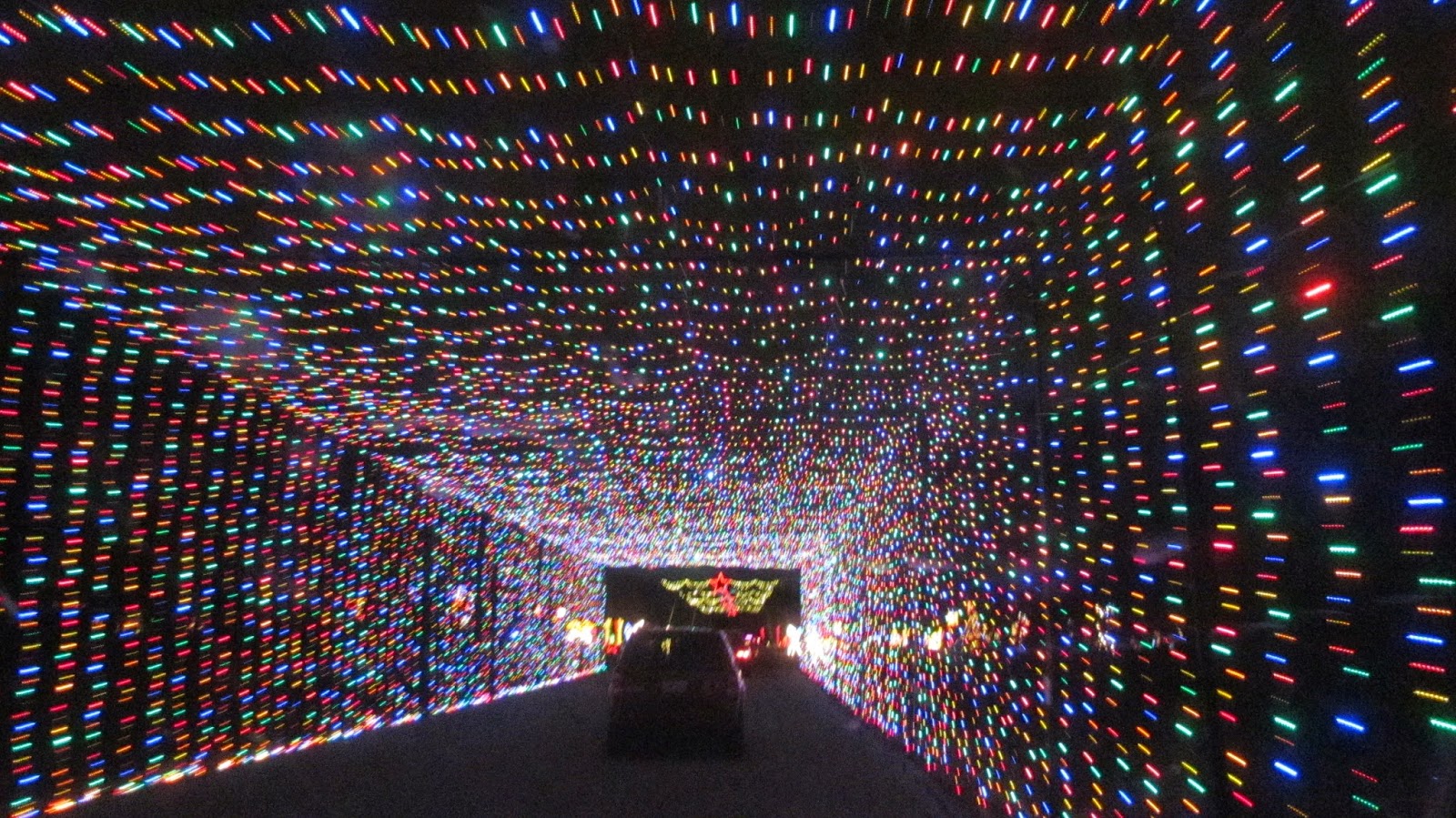 We had a fun night!

Katie Belle used sponge rollers for the first time last week!
It brought me back to when I was little. 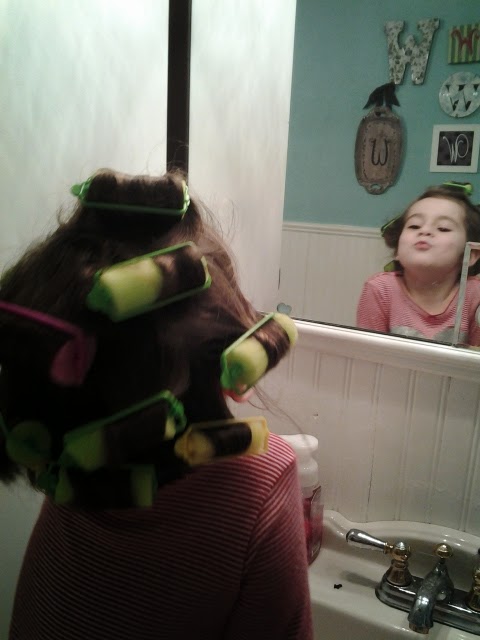 She already has curly hair, but it's been getting a little straighter. It's never too young to learn that natural beauty isn't so natural!

The curlers worked out great! And she slept fine in them too. 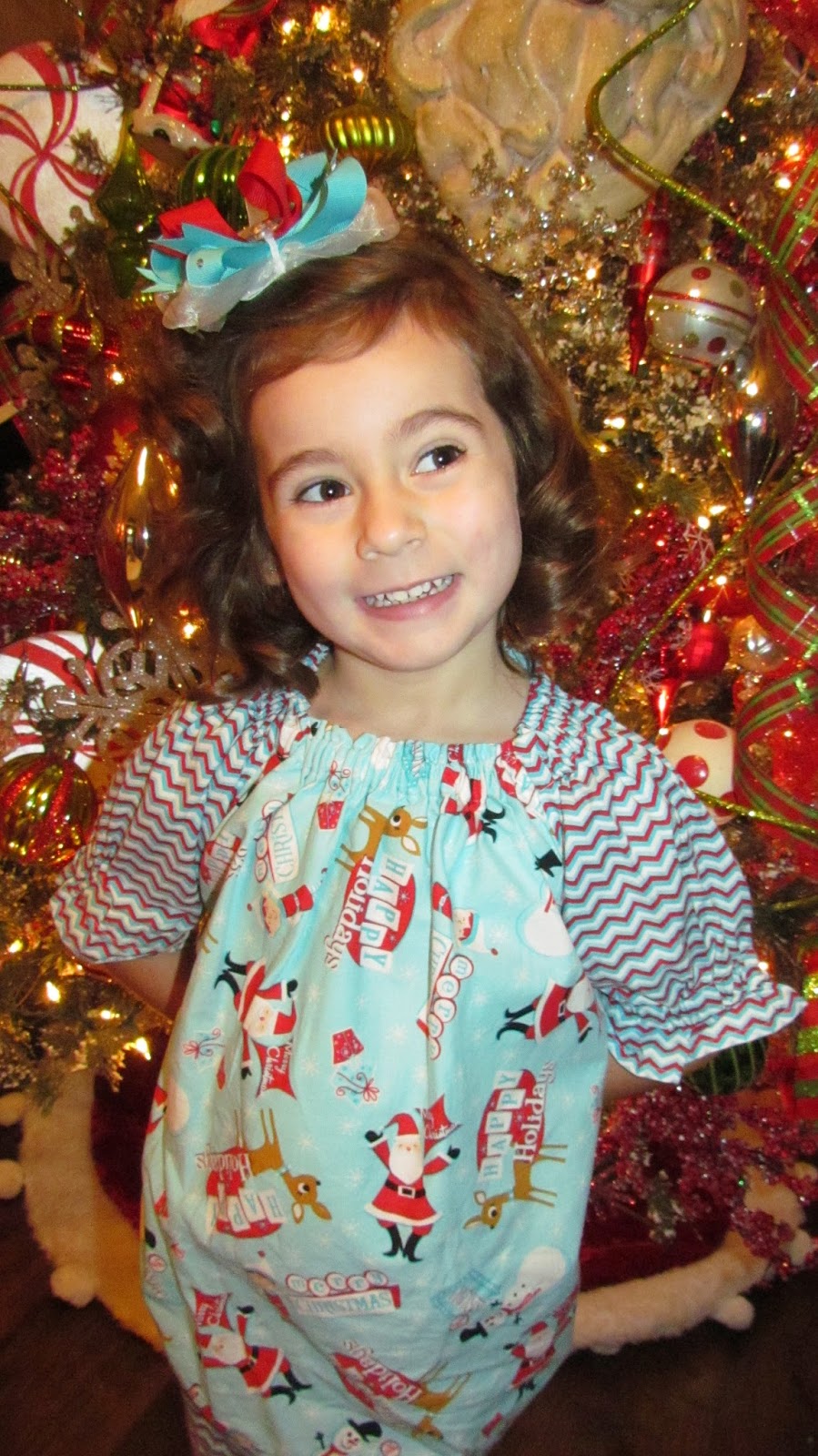 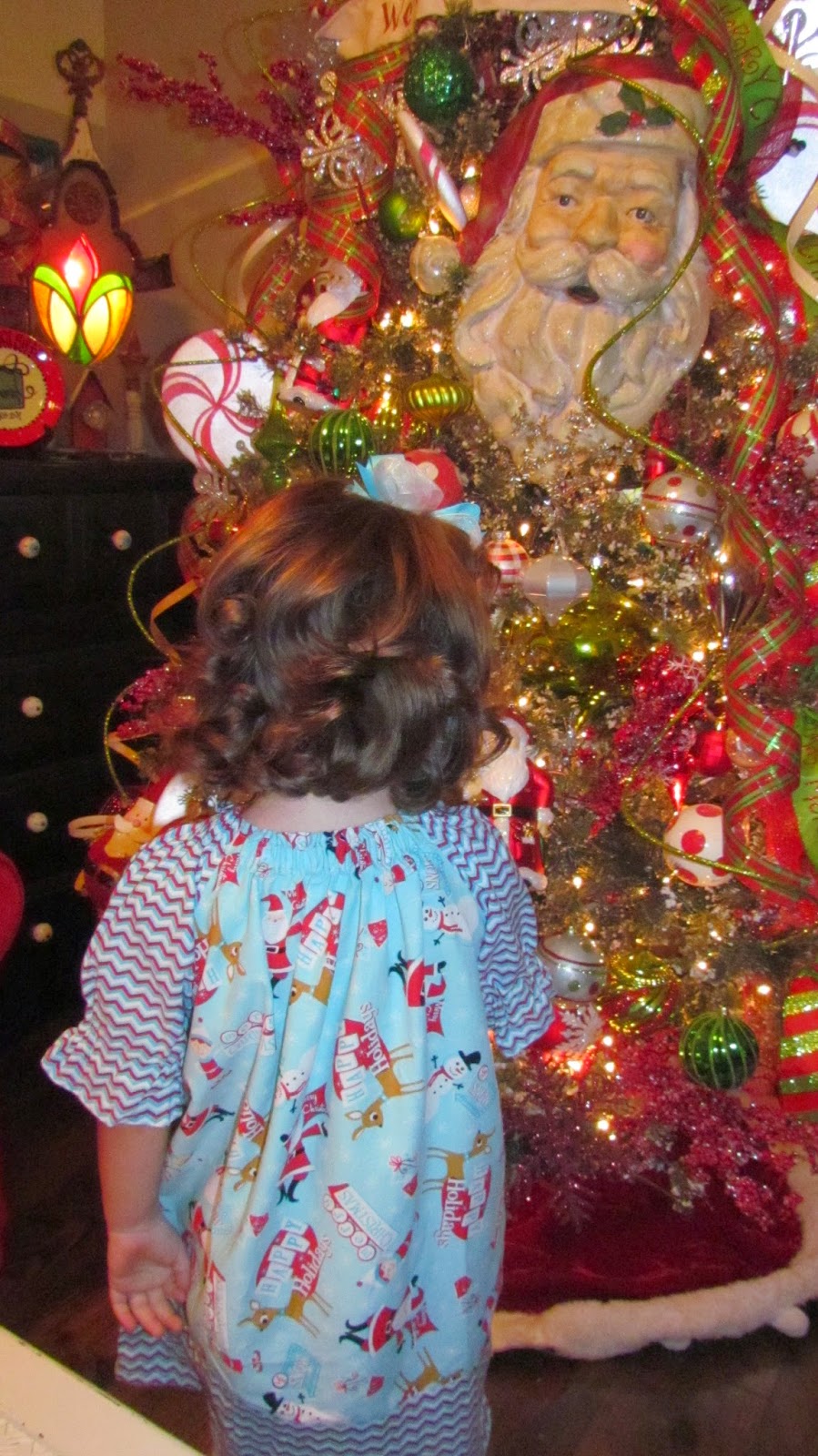 My sister in law made this cute turquoise dress.

Last night was Katie's Christmas program at school! I get giddy watching her and the other littles on stage singing. There's nothing cuter! 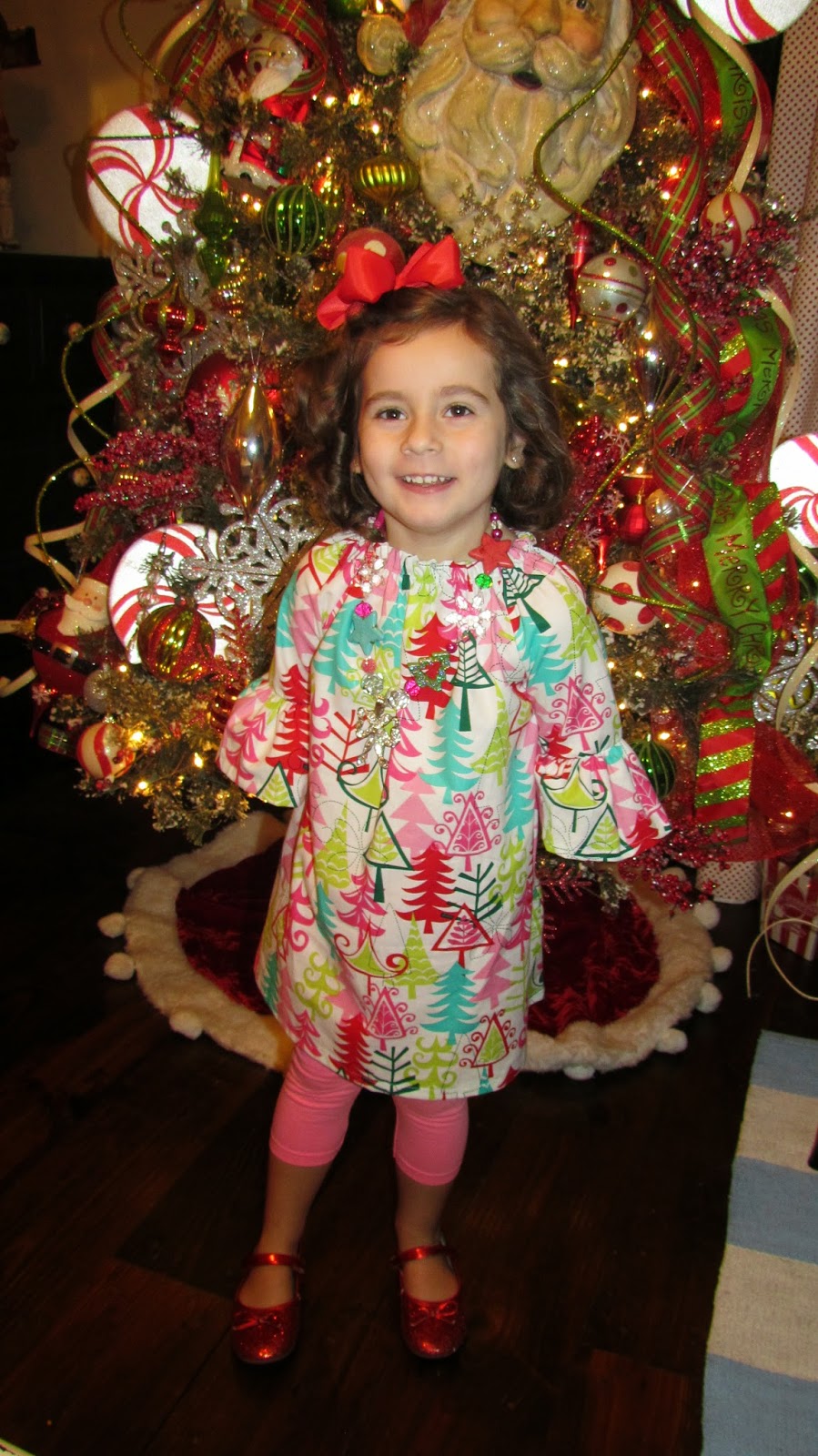 I took these before the big show. She was so excited! 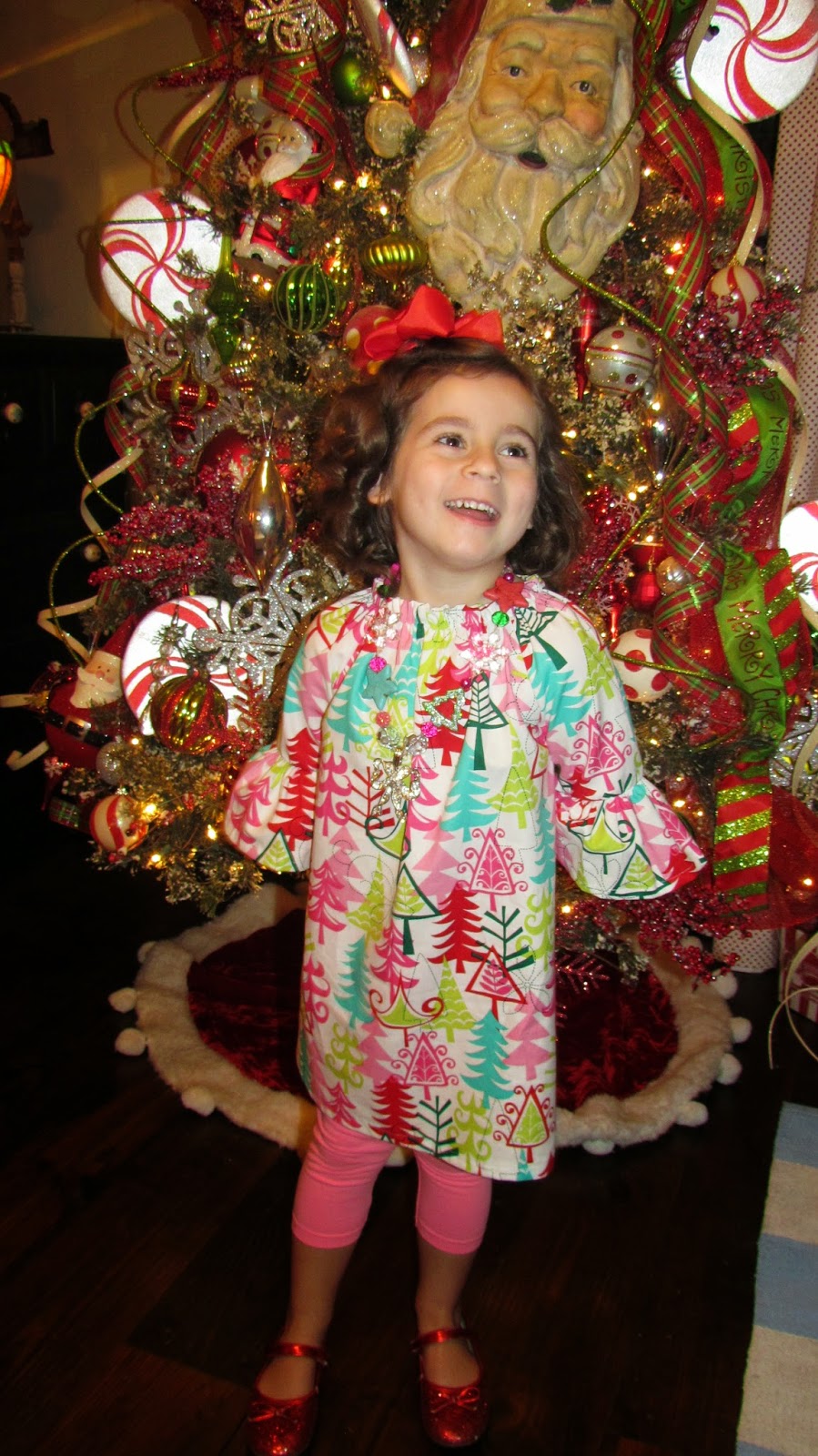 I got this dress of zulily. I want one in my size!

Katie and Harper on stage. This is when she saw me in the audience. 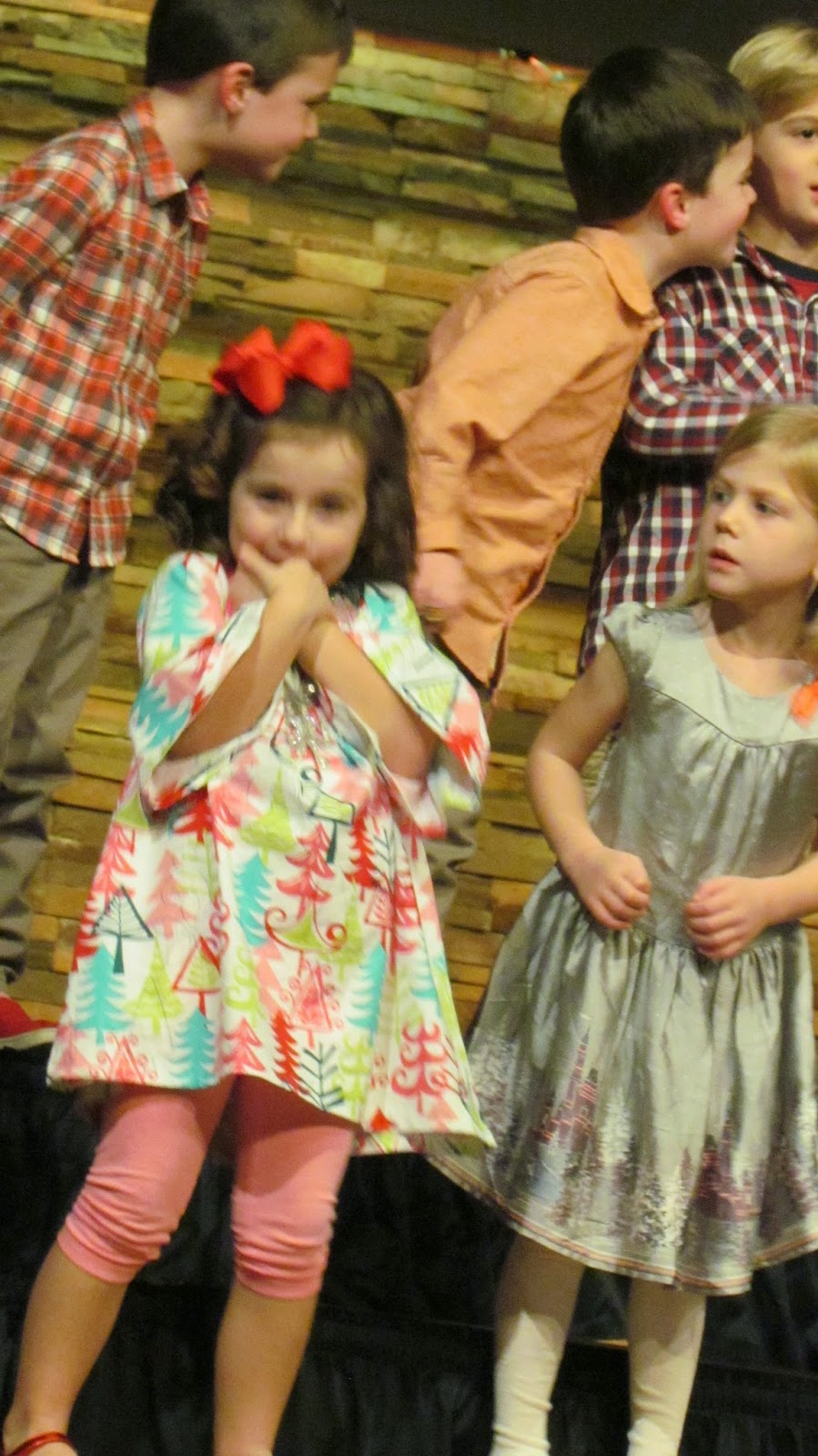 I have a "thing" for Christmas clothes. Poor Jesse has only one Christmas shirt.
4 year old girls are FUN to dress. I know time is ticking away on me having my own little dress up doll. 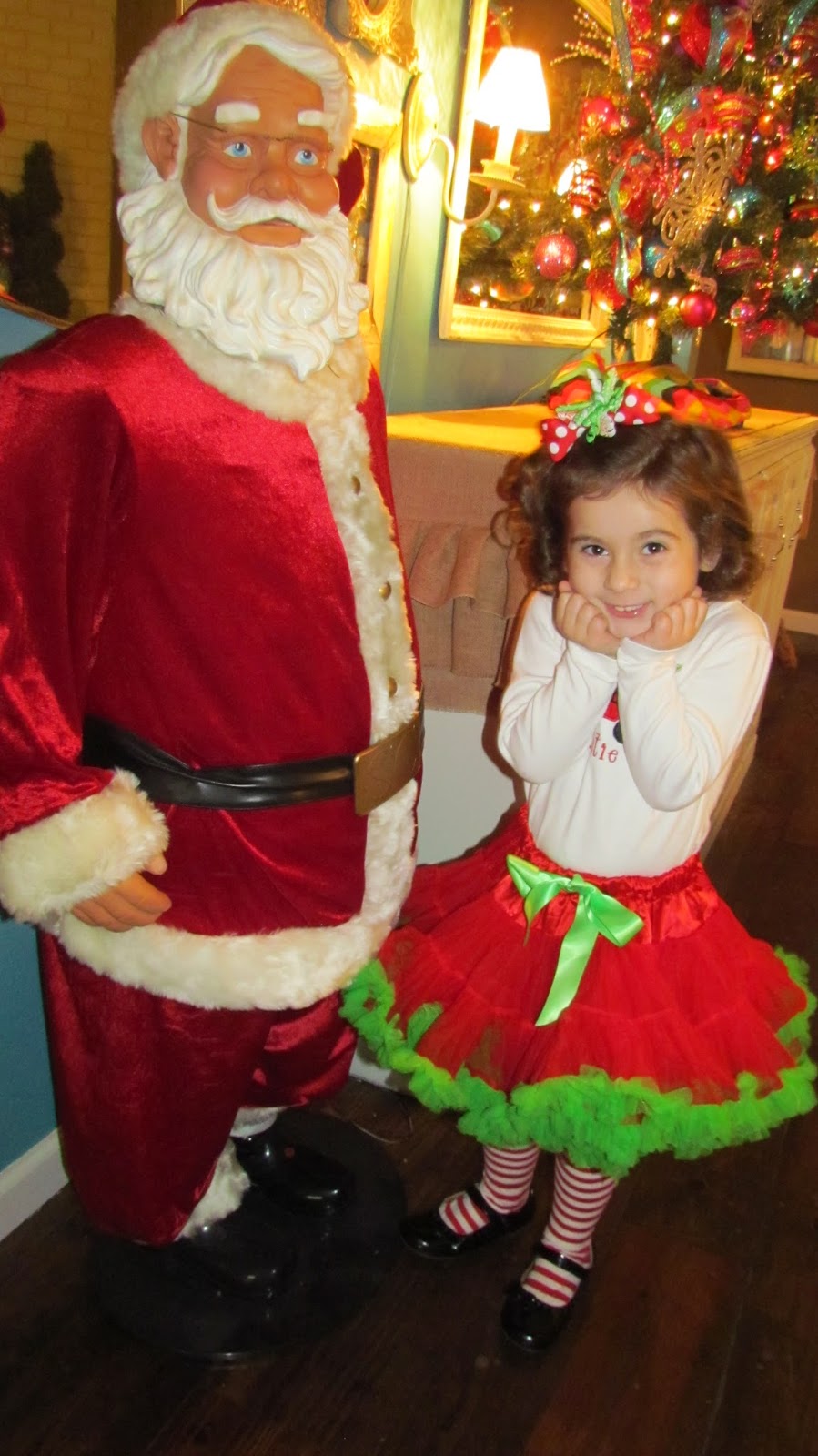 She's representing her daddy with this shirt.
And more sponge rolled curls! 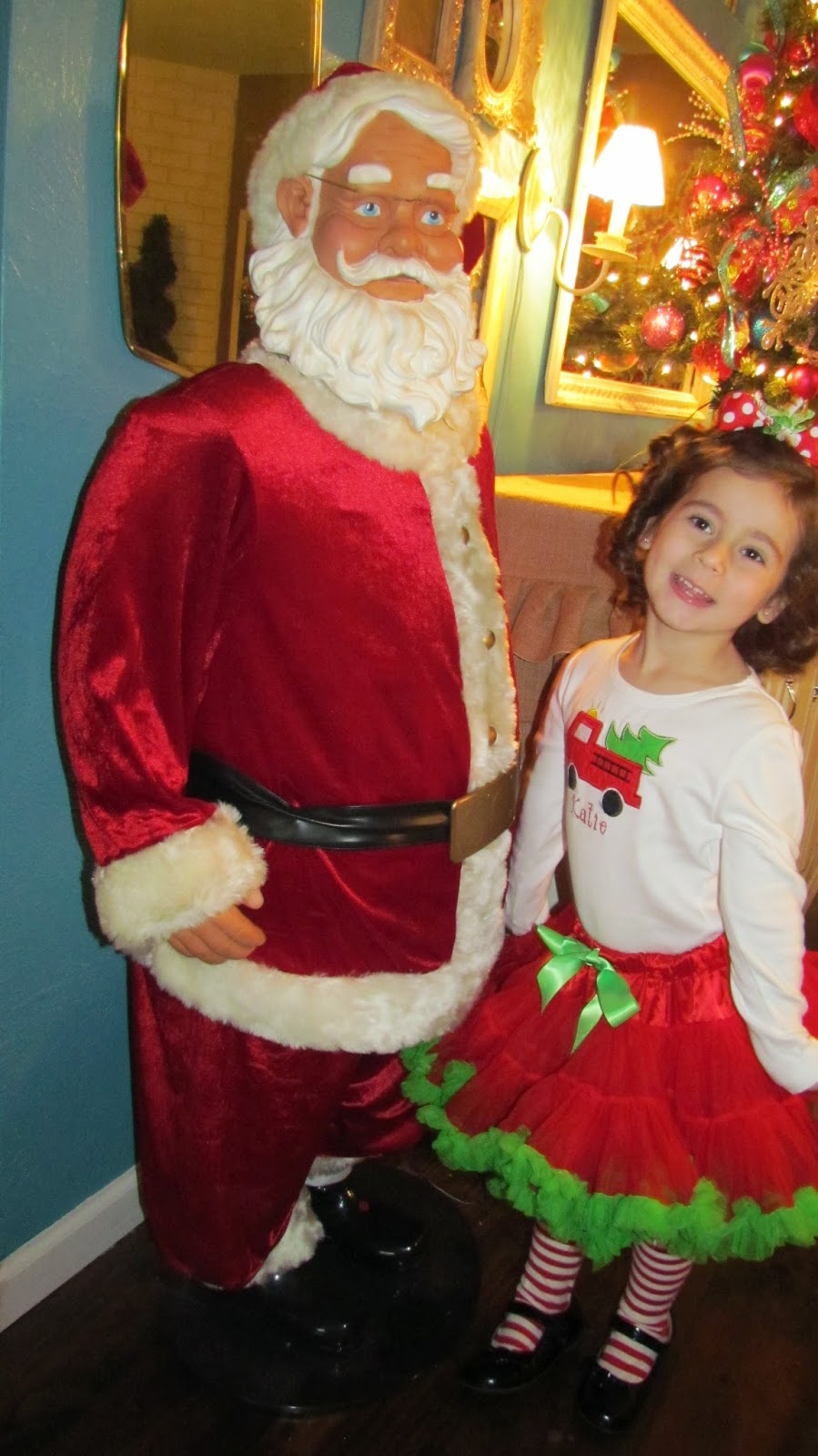 Today we saw Santa at Bass Pro shops!
Katie wouldn't even consider seeing him last year. And the year before, I am in the picture with her.
She was brave (and bribed) this year.
And of course, Jesse loves everyone, so he was easy. 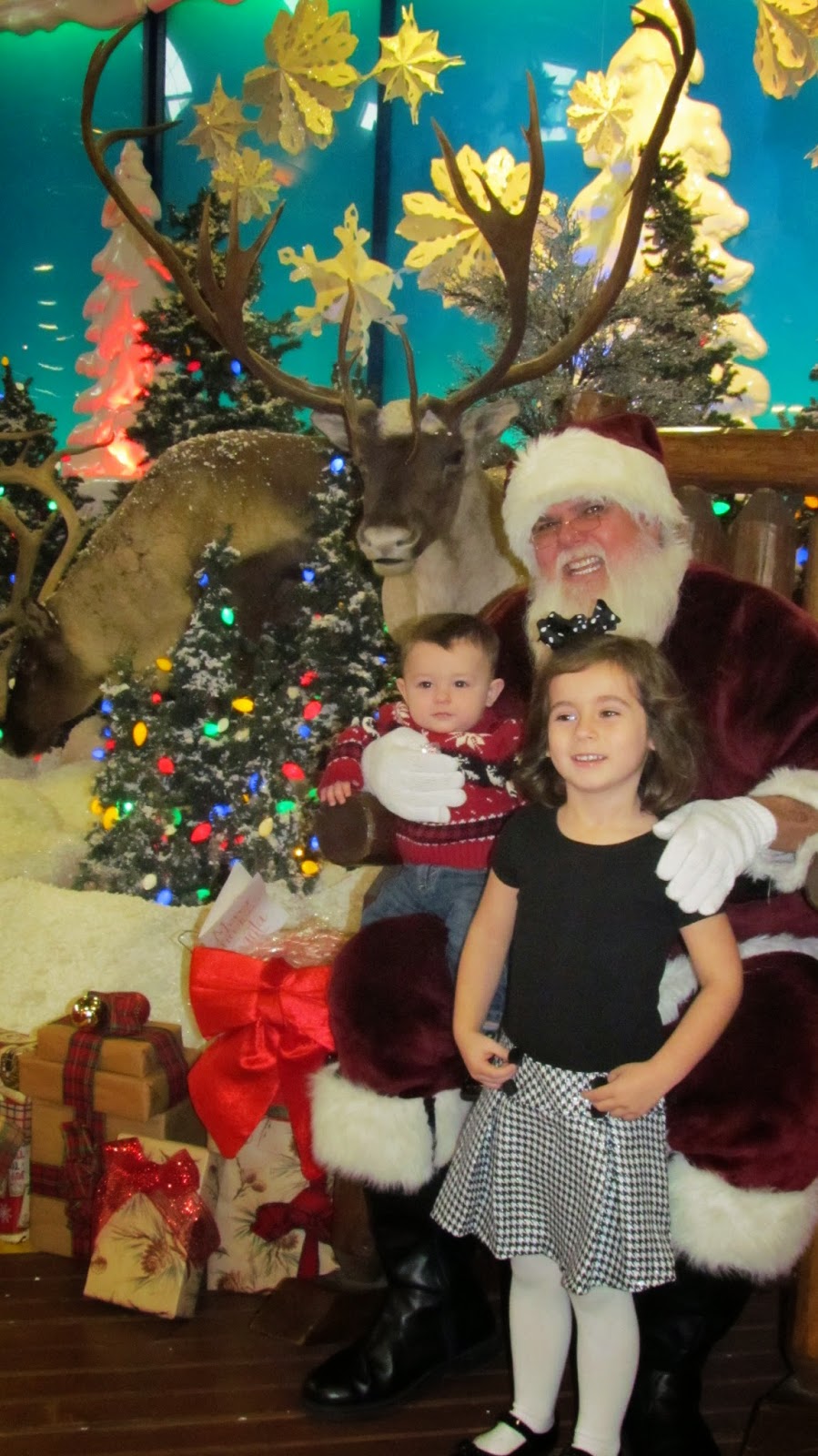 He was a sweet Santa. Katie asked me why he looked different from the Santa that we saw at our Christmas tea?! Ummmm....She thought maybe this guy was just dressed up as Santa and the other guy was the REAL Santa.
Sounds good to me! 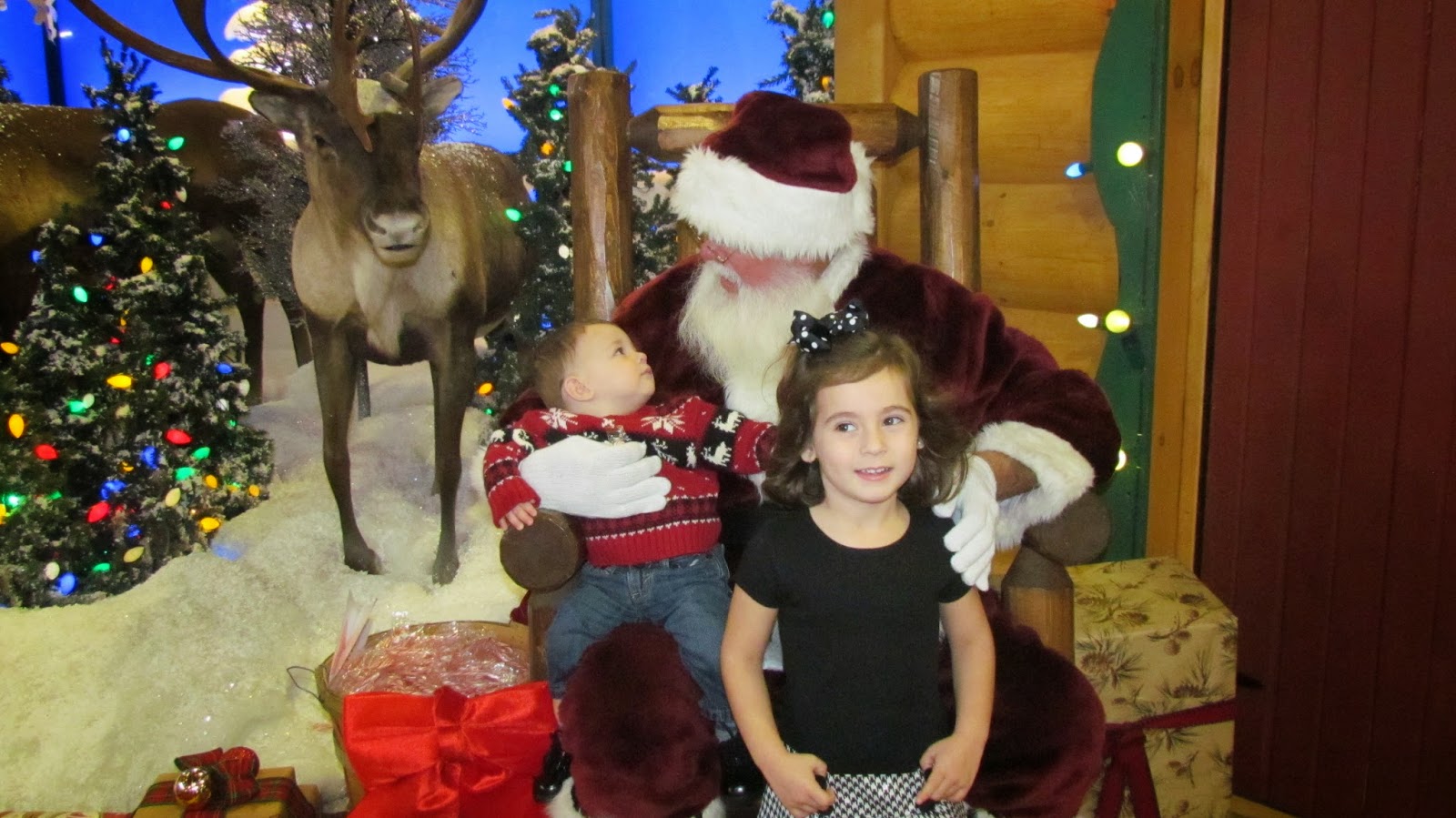 Riding a reindeer on the merry go round: 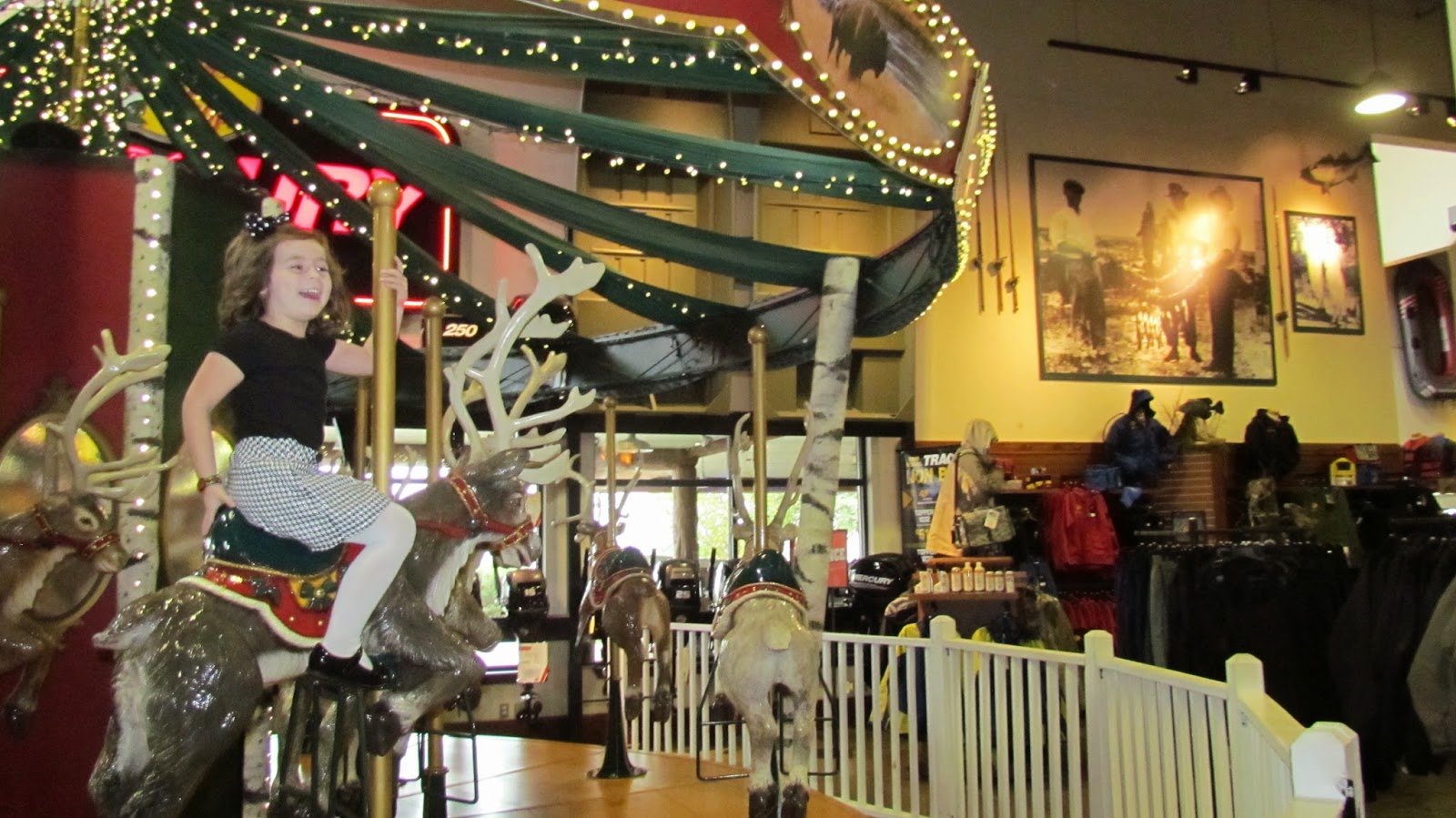 And it looks like Jesse is storing nuts in his cheeks for the winter. 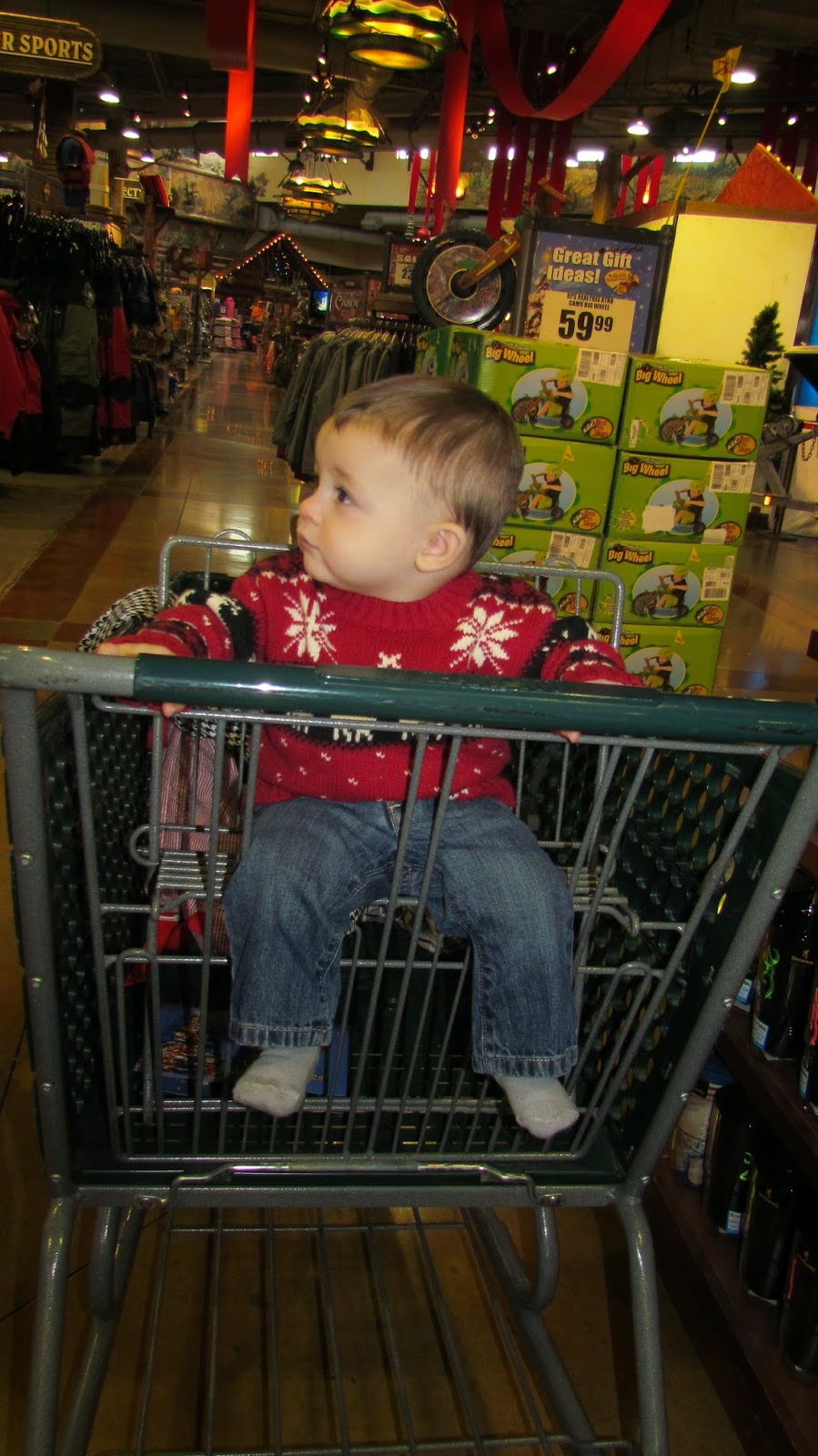 And it also looks like we placed a toupee on top of his head.
I assure you , we did not. 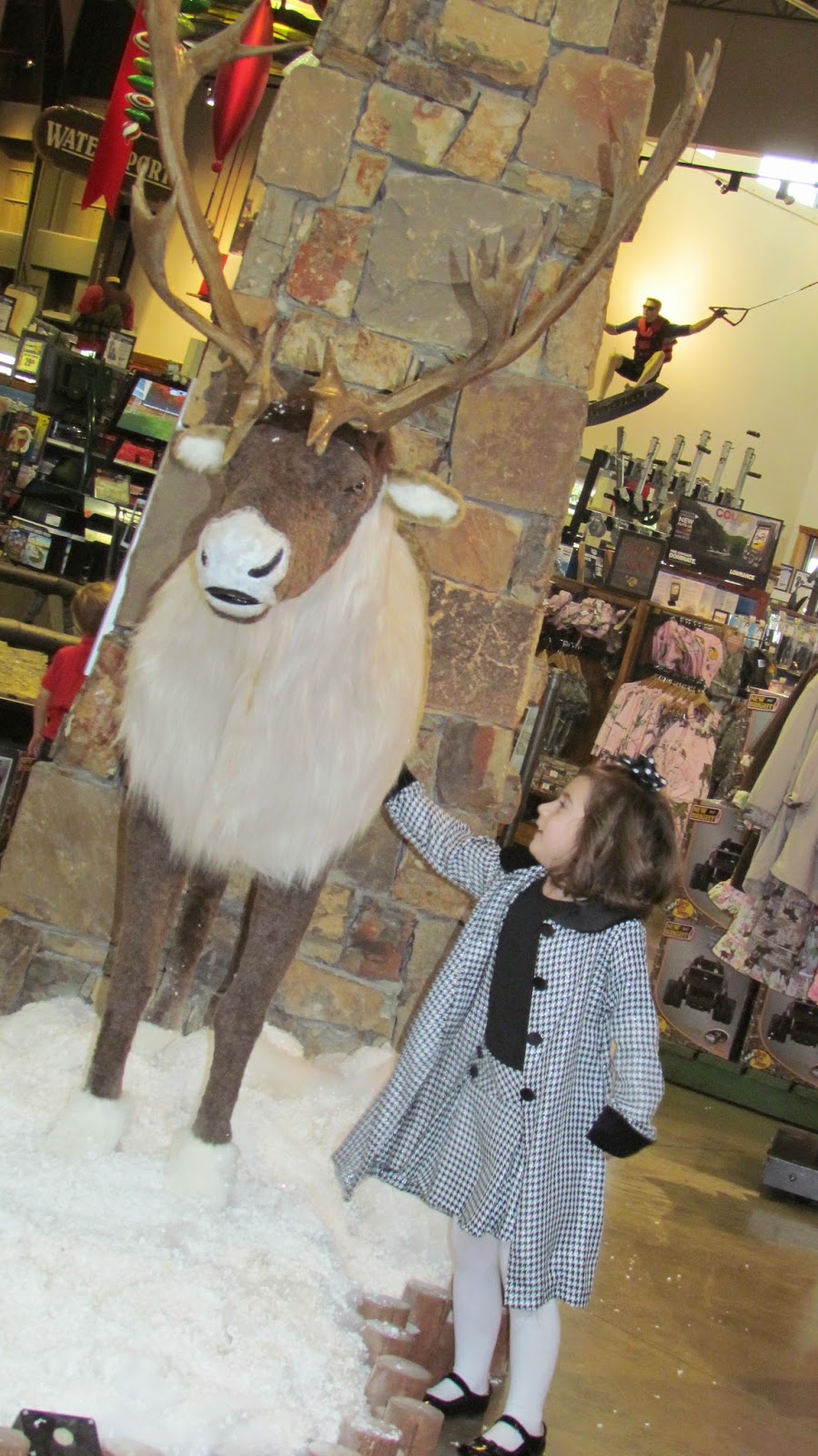 We love Bass Pro Shops and their FREE fun! 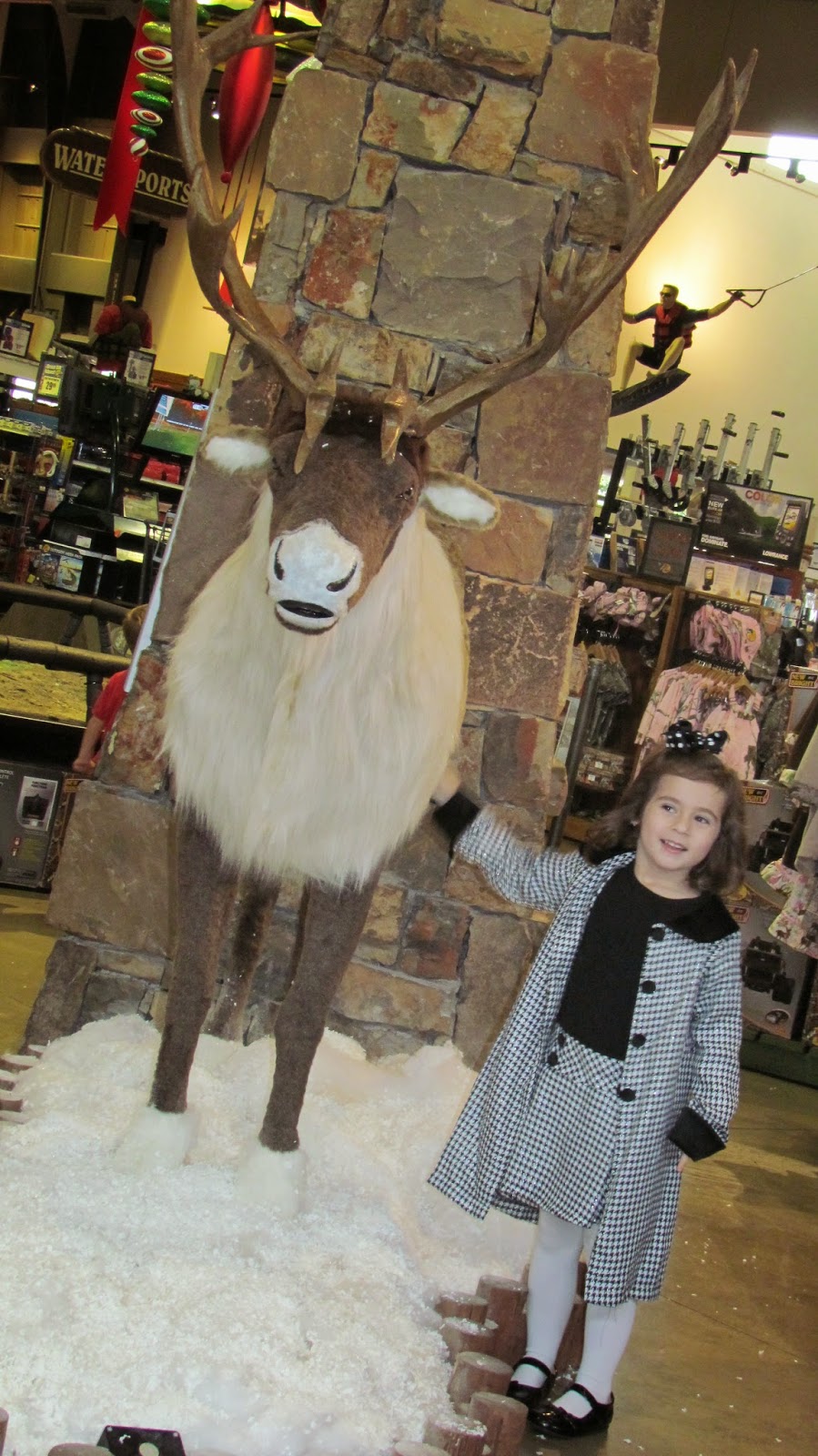 I think Marcus wanted to give Santa his wishlist while he was there too!

Bass Pro Shops is our favorite, too! We drove all the way to Oklahoma to see Santa there. It's the greatest place to go!