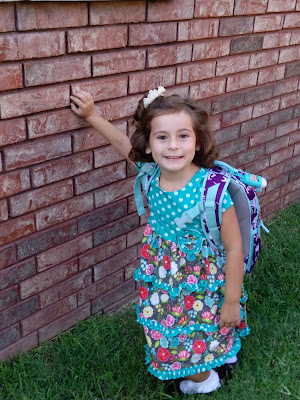 The first day of school calls for sponge rollers. 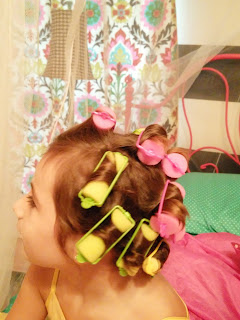 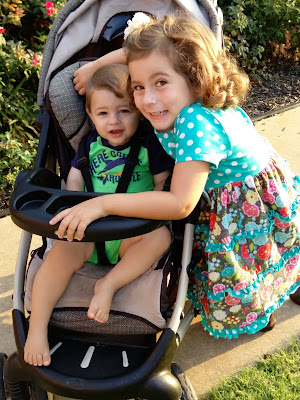 Our new house is close enough to walk! 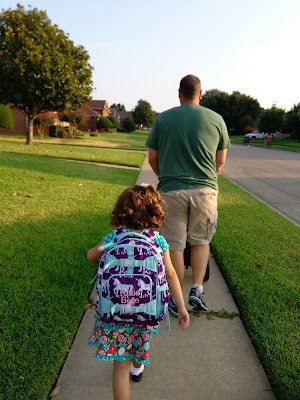 Dropping her off was harder than I anticipated!
Marcus really hates it! He says we are practically empty nesters now! 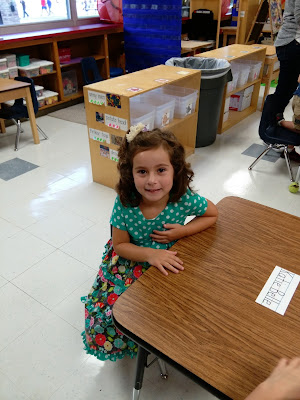 I am so thankful Katie loves it. There were some tears Monday night, because she missed us. But Tuesday morning she was ready to go back. 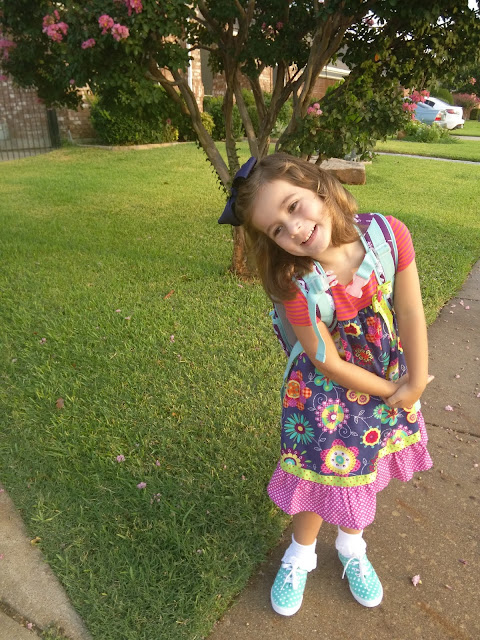 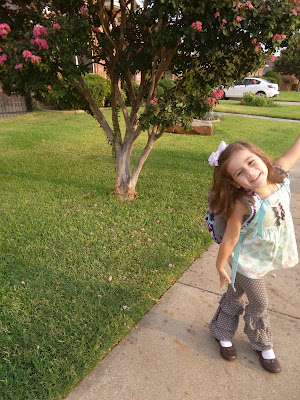 Jesse misses her and asks for her during the day. Today he was in her room and I kept hearing him say, "stuck stuck!" This is what I found: 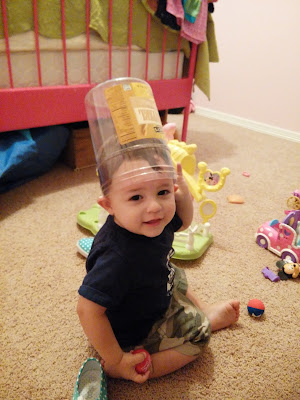 He was happy and said, "hat!" Of course I had to get a picture. Then I tried to take it off and he was right, it was STUCK!

I called Marcus at the fire station, because I assumed he would have the solution. First he asked if I got a picture. Then he said, "you've got to get it off!"

I wiggled it until it finally came off. He still had a line across his forehead when he went to bed! Crazy boy!

Here he is making himself at home in Katie's classroom: 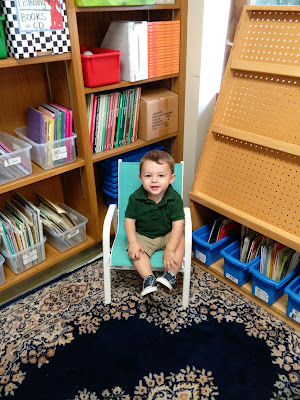 We all miss KB tons, but I'm excited for her! She's always my second set of eyes watching Jesse too. So I'm guessing I will have several more adventures to share!

Congrats Katie and mama! A big day for sure!!!

Yay! for Kindergarten! I can't believe she is that big already. I hope she likes school this year :)